The Peruvian Press Council condemned the violence suffered by at least ten journalists during the protests against the Government of peter castlewhich began on Monday, April 4, and demanded that the National Police investigate the events, prosecute and punish the guilty.

The organization warned about the violent demonstrations in the Ica region, where journalists from América TV, Canal N, La República, ATV, Dunas TV, Canal 13, Panamericana, TV Perú and Latina have been threatened, harassed and physically beaten. They covered the events.

The statement details that some reporters suffered theft of personal items and work tools, while others had to seek protection in shops and hotels in the area. The demonstrators sought to prevent journalists from registering acts of vandalism that keep the South Pan-American highway blocked.

SIGHT: Aníbal Torres described the PNP as “deficient” and as not having a sufficient number of troops

Regarding the protests that took place in downtown Lima in rejection of the curfew imposed by the government, it was denounced that a mob also attacked journalists. “A rain of stones began to fall,” said La República journalist Mary Luz Aranda, who suffered an impact on her arm, for which she had to be taken to a local health center.

Since Monday, April 4, carriers and agricultural workers in Ica have been on strike and have blocked several sections of the Pan-American South highway and other important roads. During these days there have been violent clashes and attacks against public and private premises. 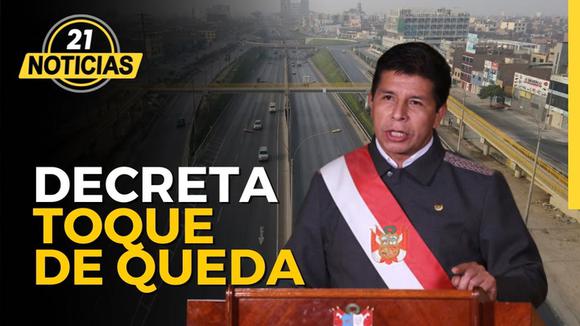 President Pedro Castillo announced the declaration of a state of emergency in Lima and Callao, agreeing to declare citizen immobility from 2 am to 11:59 pm on Tuesday, April 5. In addition, Roberto Chiabra, congressman for APP, analyzes the panorama. Also, they continue to fall. Yesterday two ‘Dynamics’ fell and today a ‘Tyrant’ falls. And, today at three in the afternoon Executive and Legislative meet after the protests.

Caminera delayed this week 600 drivers, mostly drunk at the wheel

The Ministry of Health reported that it is mandatory to

How will the aging of the population impact consumption?

The world population is growing at its slowest annual rate

Venezuela present at the inauguration of Lula in Brazil

Regarding the inauguration of the Brazilian president, Luis Inácio Lula

How will the aging of the population impact consumption?

What did López Aliaga say after being sworn in as mayor of Lima?

What did López Aliaga say after being sworn in as mayor of Lima? | RLA |