The Congress Oversight Commission summoned the Minister of the Interior, Dimitri Senmache, for this Friday, July 10, to provide details on the actions taken in his office in response to the arrest warrant for the former minister. John Silvawho is on the run.

“We are summoning the Minister of the Interior, Dimitri Senmache, so that he can testify and explain the omission regarding the current fugitive Juan Silva, former Minister of Transport”detailed before the press the president of the commission, Héctor Ventura (Popular Force).

LOOK: The Police have been watching him since Friday, May 27: How is it that Juan Silva is a fugitive today?

The parliamentarian said that the minister would have incurred in an “omission of functions” because the minister has a political responsibility for the fact that Silva is currently a fugitive from justice.

Héctor Ventura on the case of Juan Silva

“Today the turtle escapes the Minister of the Interior again. On purpose, omission of functions? That should clear it up this Friday.”he indicated.

Through social networks, Minister Dimitri Senmache confirmed that he will go to the Oversight Commission to answer for the situation of Juan Silva and other fugitives such as Bruno Pacheco and the nephew of the head of state, Fray Vásquez.

LOOK: Minister Dimitri Senmache: “I have asked Migration to prevent any requisition from being able to pass the controls and leave the country”

Today I have just received the invitation from the Supervisory Commission to attend on Friday to expose the actions that from the @MininterPeru have been made in relation to the PJ’s request to locate and arrest certain people. I confirm my attendance. Thanks. pic.twitter.com/a46YJkMup6

“Today I just received the invitation from the Oversight Commission to attend on Friday to present the actions that the Ministry of the Interior has carried out in relation to the request of the Judiciary to locate and detain certain people. I confirm my attendance”wrote. 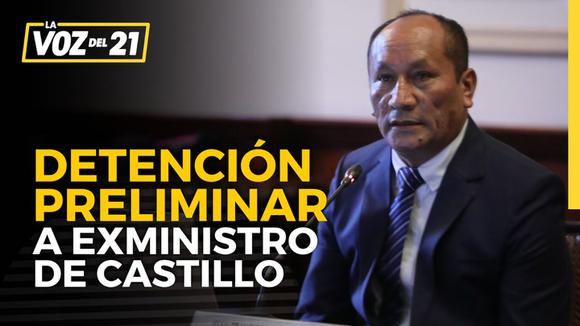 The Congress Oversight Commission summoned the Minister of the Interior,

The Modern Revolutionary Party (PRM) reported that as of 1:00

Maduro announced agreements in tourism, agriculture and finance with Turkey

The President of the Republic, Nicolás Maduro, announced that the

The mayor of the Atico district, Milton Medina, told Correo that the Prosecutor’s Office and the

Withdrawal of CTS 2022: Check here how much money you have in your account

This July 28, during the last speech of the president Ollanta Humalawas seen in the stands

Through a statement, the Public ministry (MP) announced that the Corruption Investigation Division linked to Organized