Prosecutor José Domingo Pérez reported that both Keiko Fujimori like the others involved in the investigation for money laundering, in the framework of the case Odebrechtcould be judged at the end of this year.

“You can already judge Keiko Fujimori, Jaime Yoshiyama and the others involved at the end of this year, that is the goal, as long as the Judicial Power can provide the means to achieve the procedural discharge of the judge in this case and in general to all the judges of the Lava Jato case”, told TV Peru.

Along these lines, he explained that in March of last year the investigation ended and a formal accusation was filed. He said that currently the process is in an intermediate stage in which the judge evaluates the accusation before the start of the final trial.

“The investigation ended in March of last year, the criminal accusation was made that has implicated natural and legal persons, procedurally we are in an intermediate stage. It is a stage of accusation control. The judge is reviewing the accusation to see if we are going to go to trial.”he added.

At another time, Pérez Gómez confirmed that the businessman Giancarlo Bertini surrendered to justice this week and indicated that his participation in the case will be important, after clarifying that he cannot provide more information in this regard.

LOOK: Keiko Fujimori: The solution to the political crisis is for Pedro Castillo to step down as president

“He was in charge of capturing those who would present themselves as false contributors, that is, the people who end up performing the smurfing: this modality that Fuerza Popular used to launder money, the millionaire amounts were divided into small fractions of thousands of soles that entered the banking system ”, manifested.

Keiko Fujimori is being investigated by the Public Ministry for allegedly concealing illicit financing for her 2011 electoral campaign, through false contributors, including natural and legal persons, who would be included in the investigation. 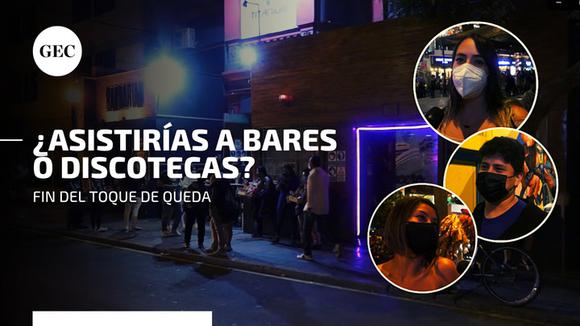 The Minister of Health, Hernando Cevallos, clarified that both bars and nightclubs will only be able to function as long as the established biosecurity measures and protocols are respected. For this reason, we asked the citizens if they would attend these places.

Last Friday, March 25,were held at the CONMEBOL headquarters in

Customers of the Youth Labor Army market on 17th and

Arab explained how this air terminal works and

Today, in the Chamber of Deputies, the debate begins to reform the rental law

With the beginning of the legislative agenda, the Chamber of

Masi asks for support for the dismissal of Sandra Quiñónez

RMP on curfew announced by Pedro Castillo: “He has put a de facto state of siege”

On the morning of last Tuesday, residents belonging to the rural community of Raqchi Ayllu, located

Latam offers changes and refunds of air tickets for today, as a result of the curfew

Updated on 04/05/2022 09:06 am Latam Airlines reported that it will grant flexibilities for flights to

It is still unknown what documents were burned in the Dirincri