The director of the National Audiovisual Communication Service (SECAN), Gerardo Sotelo, was one of the first officials of the Luis Lacalle Pou government to speak out after the victory of Luis Inácio Lula da Silva in Brazil, who defeated outgoing president Jair Bolsonaro.

But, with a small handful of words, he provoked anger and indignation on the social network Twitter, where Sotelo is quite active.

“And so, with the triumph of the thief over the facho, another election took place in this long-suffering Latin America. mommy”, wrote the highest hierarch of the Uruguayan public media.

Various people pointed out to him that, precisely because he is responsible for state television and radio, his expressions should be more careful.

The MPP deputy, Sebastián Valdomir, was one of the first to come out against these statements. “What a level of analysis for the person in charge of the public media of a country that says it is serious… Just for the detail that calls the elected president of an important commercial partner of Uruguay a ‘thief’, the Minister should be called to account @pdasilve (Pablo Da Silveira, Minister of the MEC)“, wrote.

The frentamplista militant, Rafael Di Donato, replied: “You are irresponsible. Locate yourself, you have a public position and we pay you your salary so that you work, not so that you embarrass us”.

Javier Furtado, another tweeter who also claims to be a lawyer and notary public, responded to Sotelo’s tweet: “The level of analysis of who runs the state channel. For foreigners, I assure you: this pathetic comment does not represent the average Uruguayan.”

And so, with the triumph of the thief over the facho, another election took place in this long-suffering Latin America. Mommy.

Faced with the barrage of criticism and widespread rejection, Sotelo returned to Twitter to try to clarify what, according to him, he really meant.

Quoting the incendiary tweet itself, he commented: “Literality and bad faith destroy irony. The qualifiers are not mine. They are the ones they exchanged during the campaign!”

And he concluded: “They were not insults but criticism of a form of politics that does not represent me. If anyone did not understand this, please accept my apologies.” 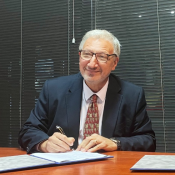 The director of SECAN criticized a statement from the Prosecutor’s Office for the way it was written.

According to the consultancy, based on a survey carried out

In the daily balance of covid-19, no deaths were reported

CAF summons “Creative” women to participate in an art contest

According to the consultancy, based on a survey carried out between December 2 and 20, judgments

“There is no Uruguayan who does not understand that this reform is absolutely necessary,” said Senator

This is how the different dollar prices in Argentina opened this Friday, December 30

In Argentina, The blue dollar opened with a drop at the beginning of this Friday, December

Weather in Montevideo today: how will the weather be this Friday?

Weather in Montevideo today: what is the weather forecast for Friday, December 30, according to Inumet

The invitation was public, and it was announced last Thursday the 22nd, when in an inauguration