A man accused of robbery cried, begged and knelt before a judge during a preventive detention hearing against him, in the city of Chimbote. The subject involved was identified as José Luis Carbajal Reyes, who days ago would have committed an assault along with two other people.

It was reported that after the robbery, police and security guards from Chimbote managed to arrest the accused and were taken to the Prosecutor’s Office. Subsequently, in less than 48 hours, the Public Ministry requested 9 months of preventive detention for the three.

However, during the preventive detention hearing, José Carbajal chose to cry, beg for his freedom and kneel before Judge Álex Alegre Aranguri.

“I am sorry, Mr. Judge, I promise that I will never steal again. I recognize what I have done but you will never find out about me here, I have my little children”, Carbajal begged through tears.

After this scene, the judge decided to order 9 months of preventive detention for Carbajal, while the other two involved were given a restrictive appearance.

“The request presented by the prosecution was declared founded, consequently I order preventive detention”, maintained the magistrate.

Incident was recorded during the virtual hearing, in Chimbote. (Video: Social Networks) 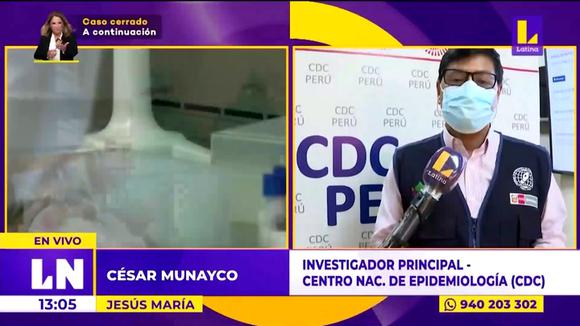 By 2023, Compulsory Traffic Accident Insurance (Soat) would have a

The monument in honor of the mambí baseball player Emilio

cubadebate has realigned itself markedly with pro-Russian propaganda this Wednesday

The Morenista from Guanajuato did the math and demanded that