Editorial Radio Panama. A High-Level Inter-Ministerial Commission met at the Lajero Abajo Educational Center to monitor and address various issues for the benefit of the educational community of the Ngäbe Buglé region and thus learn how the plans and programs developed in that jurisdiction are progressing. .

This meeting was attended by officials from the Ministries of Education (Meduca), Public Works (MOP) and Health (Minsa), it also included representatives of the National Civil Protection System (Sinaproc), educational communities and local authorities.

The Minister of Education, Maruja Gorday de Villalobos, said that this meeting has been very important, she met with representatives of the regional spokespersons and evaluated some situations in the performance of the school year, especially educational issues that concern everyone. .

“Being able to adjust some materials for next year, the training of teachers and coordinating actions for their transfers, which also represents a lot of security for them when entering their educational communities. We also deal with the coordination with the Minsa, with Sinaproc and, with the MOP, the mapping for the installation of bridges to be able to transit and that will be done throughout the year that will even benefit several communities”, explained Gorday de Villaobos.

Yarlenis Morales, nutritionist from the Regional Directorate of Education of the Ngabe Buglé Region, explained that the Student Complementary Food Program (PACE) contemplates the delivery of milk, cream and grains in each educational center, from the beginning of the 2023 school period.

In addition, he referred to the Study without Hunger program, which will be expanded to cover 55 more schools than those already in it. It is coordinated to bring food to the 110 schools that participate in both programs. Students are offered the necessary nutrients for their physical and mental development, so that they can have the ability to capture the knowledge that their teachers transmit to them in class.

Meanwhile, José Baruco Villarreal, Secretary General of the Ministry of Health, stated that the Minsa, in a coordinated manner, has been working directly since August and has carried out 17 integrated tours with the participation of teams from the Office of the First Lady. 90 first aid kits have been distributed to schools.

The Regional Health Director of the Ngäbe Buglé Comarca, Diomedes Taylor, said that he has coordinated training for 210 teachers from 80 schools, since September, in basic first aid, accident management and others to prevent complications in areas of difficult access.

Mammograms have been carried out, which is extremely important for the Ngäbe region, dental equipment has been installed, the first level of care has been strengthened and efforts are being made to improve health posts that were closed.

For the Meduca, in addition to the minister, the Academic Vice Minister, Ariel Rodríguez; the General Director of Education, Guillermo Alegría; the director of the Lajero Abajo School, Leonardo Sire, and other authorities. 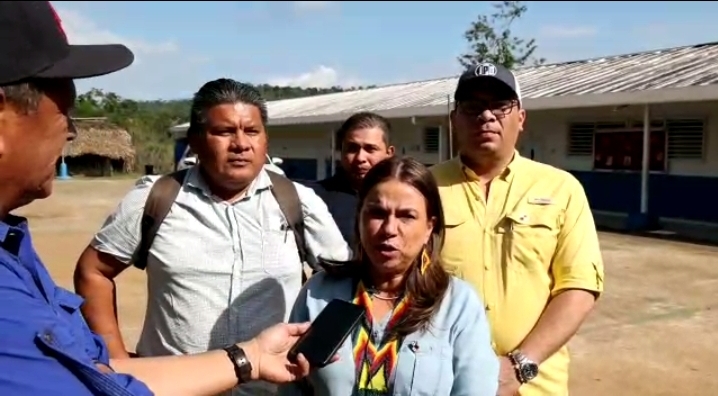 “The only thing this government has offered us is chaos, deception and anarchy”