A report from the Comptroller General of the Republic revealed that three congressmen from the “children” unions enjoyed the Peru vs. Paraguay that was played on March 29, 2022 thanks to courtesy tickets.

They are the acciopopulists Raúl Doroteo Carbajo, Jorge Flores Ancachi and Darwin Espinoza Vargaswho were nothing more and nothing less than in the Presidential Box, where -according to the IPD registry- only those close to the president such as his wife and sister enter.

LOOK: Pedro Castillo defended Decentralized Councils of Ministers at a US business event.

Peru21 had access to the document from the control body. According to research, the Peruvian Football Federation in conjunction with the IPD signed a contract in relation to said match for the sum of S/ 83,874 including VAT.

Among the beneficiaries of these courtesy tickets are Doroteo, Flores and Espinoza, who entered the presidential box with their families. In addition, they point out that these were delivered by the “Peruvian Football Federation, as indicated by their ‘uses and customs’, and are not part of the contract signed with the IPD”.

As it is known, the three legislators of the LAMPA make up a group of six unionized as part of a mafia dedicated to favoring works in public tenders, which operated from the Ministry of Transport and Communications, during the management of the fugitive ex-minister Juan Silva. 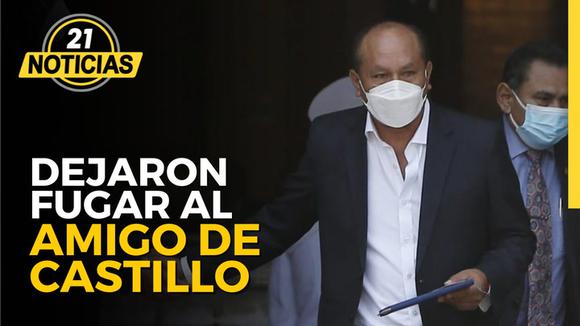 Juan Silva, the friend of President Pedro Castillo, escaped. We spoke with former Vice Minister of the Interior Ricardo Valdés about the escape. Also, everything about capturing ex-premier Héctor Valer.

A report from the Comptroller General of the Republic revealed

Leonardo Faña will be in charge of the Siembra RD program

Santo Domingo.– The agronomist Leonardo Faña will be in charge

The Central Bank of Uruguay (BCU) carries out a series

USA: the tragedy of armed citizens

In the United States, news about mass shootings is repeated

Leonardo Faña will be in charge of the Siembra RD program

Withdrawal of CTS and AFP: Do you want to generate higher returns on the funds? Here we give you options

The Judiciary Control Office (OCMA) proposed to the National Justice Board (JNJ), the removal of Judge

The president of the National Elections Jury, Jorge Luis Salas-Arenassent – ​​this Thursday, June 9 –