Hundreds of residents carry out excesses in the town of Challhuahuacho, belonging to the province of Cotabambas in Apurímac, where during the day the Police carried out work to evict community members from Fuerabamba who settled in properties belonging to the Las Bambas mining company.

SEE ALSO: Pedro Castillo is blamed for the police raid and injuries in Las Bambas (PHOTOS)

After being displaced by the Police, who used tear gas canisters, the community members attacked the mining camp, burning tents, offices and even privately owned vehicles, In images you can see how they managed to enter the Las Bambas facilities and set fire to various places.

After what happened today in Las Bambas, the president of the Fuerabamba peasant community, Edison Vargas, pointed out emphatically that “Las Bambas no longer goes” that they would no longer allow the mining company to work from this point on, accusing the mining company of hiring police and excessive use of force in the eviction.

So far, the exact number of injured among residents and police is unknown, however it was learned that a 65-year-old resident is being helped to Cusco due to serious injuries to the face, caused by agents under investigation. 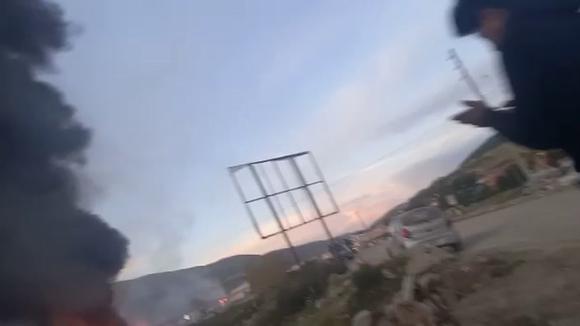 Two people die in a traffic accident in Morón

MADRID, Spain.- At least two people died in a traffic

They publish agreement in the Official diary to create an

The president of Nicaragua, Daniel Ortega, affirmed this Monday that

Dida asks clinics not to charge advances to patients

Friedmann and Marly were provisionally dismissed

Through a police verification, it was learned yesterday that since last December 24 the work of