Institutions are weakened and spending initiatives from the Executive and Parliament may take their toll on the country in the coming years. These are the warnings that five former holders of the Ministry of Economy and Finance (MEF) who participated in the round table Future Peru: Economic Perspectives of Peru to 2023 of Centrum PUCP.

One of the criticisms came from former Minister Alonso Segura, who observed that “all kinds of modesty have been lost due to respect for the rules by State institutions” and explained that the effect of bad fiscal decisions may not be seen today because the high prices of raw materials allow a high collection, but this may change.

“In this context, a boom of internal confidence should be generated for the growth of private investment and, therefore, growth of collection to serve the population with fewer resources. That circuit has been broken by internal economic decisions of our political class,” he said.

LOOK: Do you want to be a programmer? Learn how to apply to the 100,000 scholarships offered by Egg

Added to this is the gaze of the former minister Waldo Mendozawho considered that the MEF has lost power “due to the current political circumstances.”

“Although the current minister was able to fix the problem in Petroperú, the government did not observe the law passed by Congress for the payment of 40 billion soles to teachers,” he stressed.

The former ministers also participated in the table Alfredo Thorne, Pedro Francke and David Tuesta. The latter recalled that fiscal strength “is not forever.”

LOOK: Lilia and Yenifer Paredes are summoned to the Oversight Commission of Congress

On the other hand, Thorne commented that “(a world without institutions leads us to a failed state, where there are no rules”, which leads to “a government without direction”.

“The modern state is based on very few institutions, so when the institutions break, that state also breaks, which generates anarchy. To achieve a change, a major reform is needed from the civil service, that is, to professionalize the civil service. As a country we have achieved some islands of efficiency but we must expand it”, he stated. 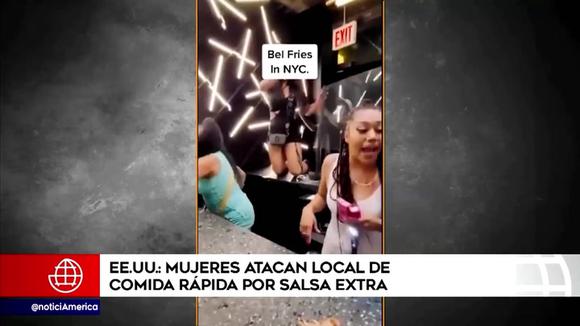 USA: Women attacked fast food joint because they didn’t give them extra sauce

Institutions are weakened and spending initiatives from the Executive and

The President of the Republic, Luis Abinader, lamented this Friday

"A friend from Uruguay": Foreign Ministry greeted Japan on the death of Shinzo Abe

The Ministry of Foreign Affairs on Friday conveyed his condolences

Reik will arrive in Caracas after 10 years of absence

The First Lady, Lilia Paredes, went today to testify before the Public Ministry in the midst