Dina Boluarte Zegarra He was one of the people closest to President Pedro Castillo in the last electoral process. The 60-year-old lawyer was one of the faces that appeared permanently with the then candidate, since she was the one who accompanied him on the presidential ticket of Peru Libre as the first and only vice president.

Once in the Government, in July 2021, Castillo Terrones appointed her as his Minister of Development and Social Inclusion, a position she holds until today. However, a new scandal has led her to seek her disqualification from exercising public office for up to 10 years.

LOOK: Dina Boluarte: They present a multi-party interpellation motion against her

What did the Comptroller’s Office say about Dina Boluarte?

Last week, the Comptroller General of the Republic, through a report, determined that Dina Boluarte would have incurred in an infraction to article 126 of the Constitution for having signed documents as president of the private association Club Departamental Apurímac, during the current government.

The aforementioned article of the Magna Carta says verbatim that the holders of the different portfolios “They cannot exercise any other public function, except the legislative one”.

“The ministers cannot be managers of their own interests or those of third parties, nor carry out a lucrative activity, nor intervene in the direction or management of companies or private associations”, details the highest ranking standard.

The report of the Comptroller reported, after a review of the Registry of Legal Entities (RPJ) of the Sunarp, that Boluarte was elected on January 15, 2017 as president of the Board of Directors of the Apurímac Departmental Club until 2019, a position for the who was re-elected until February 2022.

The document indicates that the minister and vice president did not record in her Sworn Declaration of Interests her participation in the Apurímac Departmental Club and in the Association of Departmental Clubs of Peru, and that she continued to sign documents on several occasions in that condition, despite the constitutional prohibition described lines above.

After the Comptroller’s report, Norma Yarrow (Avanza País) filed a constitutional complaint against Boluarte Zegarra, in order to disqualify her from public office for 10 years.

Among other arguments, the complaint asserts that an infringement of article 126 of the Constitution would have been committed, since -according to the Comptroller’s report- Boluarte Zegarra signed documents as president of the private association Apurimac Departmental Club as an official.

The Vice President and Minister of Development and Social Inclusion, Dinah Bolaurteconfirmed that he signed documents as a representative of the Departmental Club, but denied that he is going to resign his position despite the Comptroller’s report in which he recommends that Congress evaluate a constitutional complaint against him. 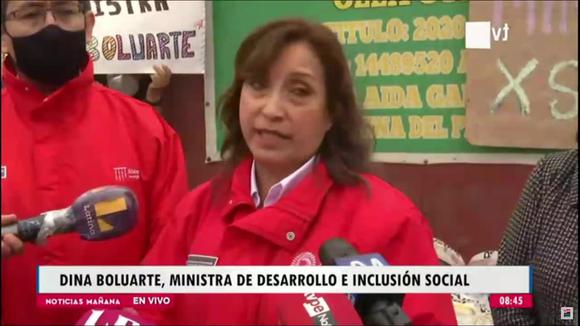 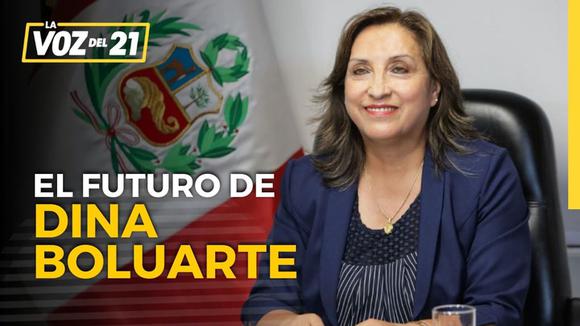 We analyze the situation of Vice President Dina Boluarte, after her constitutional complaints with Congressmen Martha Moyano and Carlos Anderson.

Why could the Vice President of the Republic, Dina Boluarte, be disqualified?

Dina Boluarte Zegarra He was one of the people closest

Due to the Hurricane Season, Edesur launches a Contingency Plan

The company Edesur Dominican launched its Contingency Plan for before,

On April 7, Mauricio Macri met with Donald Trump in

Due to the Hurricane Season, Edesur launches a Contingency Plan

Impla puts the Arequipa countryside at risk with permits

Electronic invoicing will be mandatory for all companies from June 1

According to Superintendency Resolution No. 128-2021/Sunat, as of today, Wednesday, June 1, all group companies with

The former Minister of Transport and Communications, Juan Silva, ruled out that he will become an

Pedro Castillo on the food crisis: “Famine is going to hit the idle”

As part of its activities, the president of the Republic, peter castle, delivered 180 tons of

Tacna: Possible earthquake of magnitude 8.2 would collapse 70% of homes in Ciudad Nueva