Angélica Barturen Nuñez, advisor to Congresswoman Tania Ramírez (Popular Force), is one of the eight people arrested this morning after being accused of being alleged members of a criminal organization ‘Los investors del Bicentenario’ that negotiated with the approval of budgets and with the directing of contracts for the execution of works in municipal districts of Ayacucho.

The intervention took place within the framework of a megaoperative developed in Lima, Ayacucho, Junín and Cusco, where 30 properties were raided, including homes, offices of three private companies involved and the premises of the District Municipality of Anchihuay, in the Ayacuchan province of La Mar. Another of the detainees is the former congressman Augusto Albrecht Rodríguez.

According to tax investigators, The businessmen involved paid a percentage of the cost of the works projects of the municipalities (Anchihuay, Jesús Nazareno, Acocro, Anco, Vinchos and Chiara) to the former congressman Albrecht albrecht, in her capacity as a member of the House and Construction Commission of Congress, and as her advisor, Angelica Barturen, in exchange for the latter taking steps and obtaining the approval of the public budget for the execution of said projects, which were already aimed at their companies.

To achieve this, the advisor to the former legislator coordinated meetings and the access of mayors to the ministries of Housing, Construction and Sanitation, and Education.

Faced with this situation, the Fujimori legislator Tania Ramírez announced the dismissal of her main advisor for facts that she is accused during the 2016-2019 management. He affirmed that they have provided all the facilities to the Prosecutor’s Office so that it is investigated and if it is the case, it is sanctioned in an exemplary way.

In a communication addressed to Hugo Rovira Sagal, Senior Congress officer, the parliamentarian informs him that as of today, Saturday, December 4, the hiring of Barturen Nuñez.

“My office disclaims all kinds of links on alleged illegal acts that may be being attributed to said person by the corresponding authorities”, Says the document.

“In the same way, I express my willingness to give all the facilities to the members of the Public Ministry to carry out the investigations that they consider pertinent before my congressional office.“, Add.

Given the arrest of Mrs. Angélica Barturem, an advisor in my office, I have decided to dismiss her due to events of the 2016-2019 management and from my office we have provided all the facilities to the @FiscaliaPeru so that it is investigated and if it is the case, it is sanctioned in an exemplary way. pic.twitter.com/c456wIh1av

The eight detainees are being investigated for alleged crimes against the public administration in the modalities of aggravated collusion and their own and generic passive bribery, to the detriment of the Ayacuchan district municipalities of Anchihuay, Jesús Nazareno, Acocro, Anco, Vinchos and Chiara. 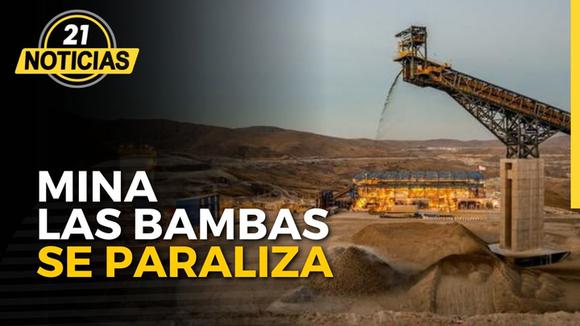 Minera MMG announced that it will suspend copper production in Las Bambas due to the blockade of roads in the Chumbivilcas community. In addition, President Castillo begins to pay union favors. Minister Guillén appoints members of Fenatep as regional prefects. And Pedro Castillo ignores the Prosecutor’s Office and wants peasant patrols to investigate him. They confirm curfew times on Christmas and New Years. Peruvian detected with Ómicron was in Piura.

Paraguay closes 2022 with an inflation of 8.1%, according to the BCP

The Command of the National Police start the invitation process

They track cases of cholera in La Zurza

The Minister of Public Health, Daniel Rivera, assured today that

Results of the pool and night tombola on Thursday, December

The 10 facts about Andrés Vallejo, new ambassador to Spain

Why is the anticovid booster dose still interesting despite the omicron variant?

César Acuña: “The best thing Congress did was vacate a president with signs of corruption”