The President of the Judiciary, Elvia Barrioshe replied to the head of the Ministerial Cabinet, Hannibal Torreswho stated that the Public Ministry and the Judiciary would have joined a group that seeks to vacate President Pedro Castillo.

In statements to RPP Television, he asked “strongly” the prime minister measured his statements and emphasized that the country’s judges impart justice and do not carry out political persecution.

“I must forcefully ask Prime Minister Aníbal Torres to exercise restraint in his expressions, because in the Judiciary we judges impart justice, we do not carry out political persecution”he underlined.

I strongly ask Premier Anibal Torres to exercise restraint in his expressions, since in the Judiciary we judges impart justice, we do not carry out political persecution.

As is recalled, Torres Vásquez also asserted that said group entrenched in the Prosecutor’s Office and the Judiciary does not accept that Castillo Terrones won the last general elections.

“You see that this small group that does not recognize the victory of Pedro Castillo as president, is seeking to vacate him from the beginning. Currently others have joined, there is the Public Ministry, the Judiciary, there is a large sector of the capital’s press “stated during his participation in a technical table in Quillabamba, Cusco.

Next, the Prime Minister emphasized that there is a “secret pact of corruption” who has stolen millions from the country and who is now seeking to hide behind the government of Castillo Terrones, accusing him of allegedly committing crimes of this nature.

Likewise, Torres Vásquez argued that this sector “lacks knowledge” and therefore qualifies the current government as communist. “Which means they don’t even know what communism is.”said.

As recalled, the National Prosecutor’s Office ordered a preliminary investigation against the president peter castle for the alleged crimes of criminal organization, influence peddling and aggravated collusion.

Along the same lines, the Judiciary rejected the requests presented by the defense of the Head of State to annul this investigation by the Public Ministry. 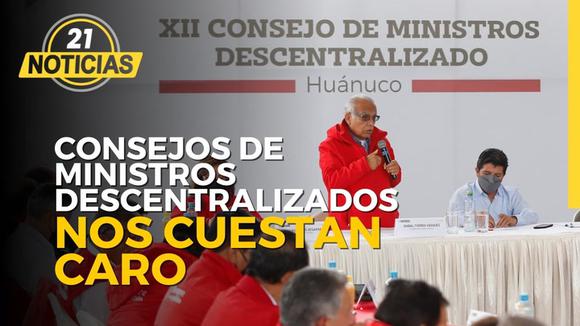 President of the PJ to Aníbal Torres: “judges and judges impart justice, we do not carry out political persecution”

The President of the Judiciary, Elvia Barrioshe replied to the

The executive director of National Institute for the Protection of

The Rendering of Accounts will enter Parliament next Thursday. Prior

Venezuela and China: 48 years of brotherhood and solidarity

César Hildebrandt: “Pedro Castillo has proven to be consistently incompetent”

Journalist Caesar Hildebrandt questioned that the Republic President, peter castlecan improve the course of his Government,

Today, the success of a company means investing in digital technologies to enter new markets, engage

The National Executive Council (CEN), the caucus and the Political Commission of Free Peru invited the