With a brace from Bruno Fernandes, the Portugal team defeated Uruguay 2 goals to 0, taking revenge for the world past in Russia where the Uruguayans eliminated the Portuguese in the round of 16.

The goals came in the second half when Bruno Fernandes put in a cross that Cristiano Ronaldo could not head but goalkeeper Álvarez left with CR7’s threat and the ball went into his goal, making it 1-0 at minute 54′ for the Uruguayans They went on the attack and were very close to drawing first with Maxi Gómez who smashed the ball into the post and minutes later Luis Suárez had a great option but he threw it out, already in stoppage time the VAR decreed a penalty in favor of Portugal that he charged Bruno Fernández scored perfectly for his second goal of the game and ensure the Portuguese triumph that qualifies for the round of 16.

Portugal has 6 points, followed by Ghana with 3, while South Korea and Uruguay only have one point. On the last day of group H, the other team that advances to the next round will be defined when South Korea faces already classified Portugal, while Uruguay faces Ghana. 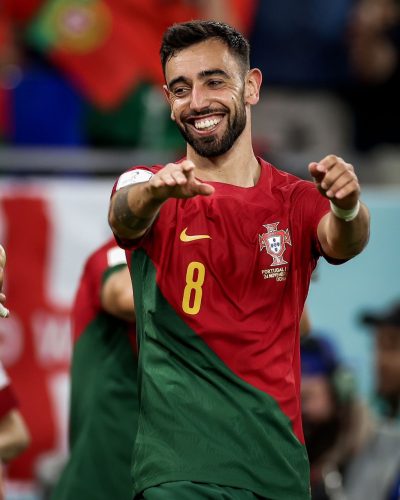 A crowd accompanied AMLO’s steps towards the Zócalo