The President of Congress, Joseph Williamshighlighted the importance of this power of the State in its oversight work to prevent the presence of questioned officials.

In his speech during the solemn ceremony for the 200th anniversary of the installation of the first Constituent Congress, Williams stressed that oversight is one of the three important parliamentary tasks in addition to legislating and representing.

José Williams also recalled that, throughout its history, Parliament has gone through crises due to attempts to attack its independence and institutionality.

“The time has come to stop allowing further setbacks in the construction of democracy in Peru. We are all committed not only to the defense of the country, but also to the constitutional order”commented.

At another time, the head of the Legislative Power also assured that there is a need to recover the good image of this power of the State in order to be able to get closer to the people.

“Even when it is necessary to say that the government’s incapacity has led many times to try to blame Parliament for Peru’s ills, we also have to recognize that there is a valid criticism that must be heard”he asserted. 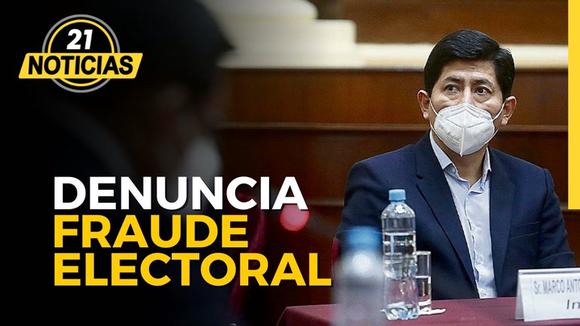 Zamir Villaverde DENOUNCES Electoral FRAUD in favor of PEDRO CASTILLO The businessman Zamir Villaverde denounced electoral fraud and said that he receives threats from the “intelligence service, senior government officials and people close to the president in order to silence me.” 19:55 We spoke with criminal lawyer Fernando Silva about the legal implications of the complaint made by businessman Zamir Villaverde. Also, how is the Congress with the 10 congressmen who resigned from the Free Peru caucus. Also, the nephew of President Pedro Castillo managed to get the Judiciary to annul his 36 months of preventive detention. And, Al Jazeera journalist is shot dead in an operation.

They created the first illustrated medical dictionary for children

The dictionary has 330 concepts explained for boys and girls.

What sporting events will we see in 2023?

Write down the most important dates that are coming up

Political and Catholic authorities mourn the death of Benedict XVI

After the Vatican announced the death of pope emeritus Benedict

In the eighth report presented by the Ombudsman’s Office, it was evidenced that there is not

BVL closes the year with a slight gain of 0.82%

This year will be remembered not only for the change of government, but also for political