According to the most recent report from the Department of Epidemiology of the Ministry of Health (Minsa), Wednesday, December 7, was the day this week that the most cases were registered with 1,742 confirmed.

They also detailed that during week 49 there were a total of 10 deaths, which brought the number of deaths to 8,543.

The report adds that to detect the cases during these seven days, 36,070 tests were carried out.

According to the Minister of Health, Luis Francisco Sucre, the positivity of COVID-19 in the country is between 19% and 20%.

Minister Sucre reiterated to the population to use the mask when they are in closed places, or where there is a crowd to reduce the risk of contagion, reiterated the importance of completing the vaccination scheme and ruled out that for the moment some type of restriction is contemplated .

“Within those affected, everything indicates that there are more children than young people since unfortunately they are not being vaccinated,” he said. 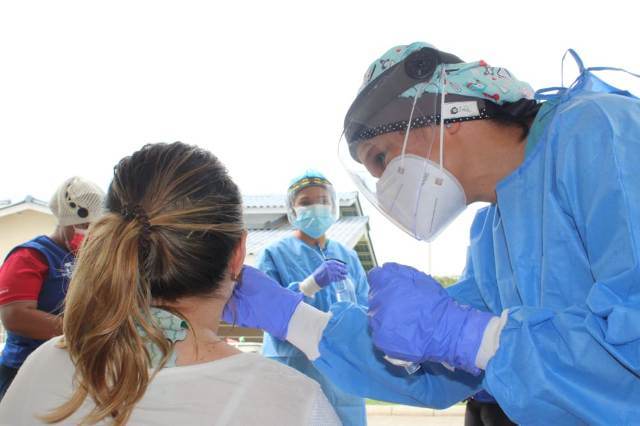 The last deadline to withdraw the PIS/Pasep (Social Integration Program/

The Social Green Regionalist Federation (FRVS) reported that the presidential

Prices of basic basket products before the end of the year

2022 has been a difficult year In economic termsamong other

A committee of the United States Congress published this Friday

Judith Pena | December 30, 2022 A Spa or apparent brothel where men who have sex

Suspect arrested in murder of four University of Idaho students

The President of the Republic Laurentino Cortizo Cohen announced this Friday the 30th, the extension of

Angel Valdes | December 30, 2022 The President of the Republic, Laurentino Cortizo Cohen, appointed the