Colonel PNP Harvey Colchado, founder and former head of the High Complexity Crimes Investigation Division (Diviac), will now join the General Directorate of Intelligence of the Ministry of the Interior (Digimin), as confirmed sources to Peru21.

The arrival of Colchado – who currently heads a unit in the Police Environment Directorate – is due to the recent changes in the Ministry, a portfolio that Mariano González assumed a little over a week ago and which was hit by the scandalous escape of former minister Juan Silva.

“The incorporation of Colchado is to organize a special team,” a source told this newspaper, although he did not give more details.

In 2012, Colchado was part of the team that captured the terrorist Florindo Eleuterio Flores, ‘Artemio’. And in August 2016, he founded Diviac, a key division that became relevant for investigating cases of organized crime and money laundering, in which well-known politicians were implicated, as happened in the Odebrecht plot.

And, precisely as part of the changes, González appointed on Tuesday night – in an extraordinary edition of El Peruano’s Legal Standards – General (r) PNP César Vallejos Mori as the new director of Digimin.

Vallejos had been leading the Ministry’s General Directorate Against Organized Crime since June 26.

Vallejos enters to replace Jorge Cassanova Cubas, a Colonel (r) PNP from Cajamarca who had taken office at the beginning of April. 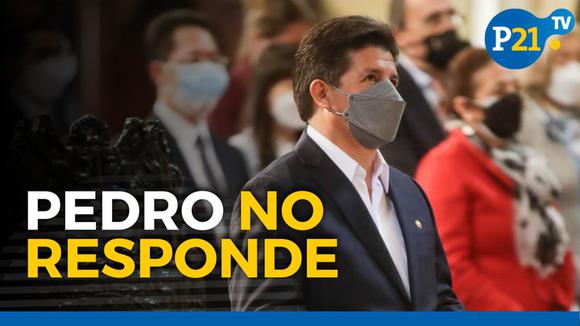 They ask Luis Abinader to announce the closure of Punta Catalina

Lack of control in IPS: “Mario Abdo is responsible, he must change Bataglia”