After the fires spread for days in the Parana DeltaPresident Alberto Fernández ordered the intervention of the Armed Forces to extinguish the sources that are still active, with which the Joint Command of the Emergency Zone of Santa Fe, Entre Ríos and north of Buenos Aires was deployed.

Despite this, the flames continue to spread throughout much of the territorythere is even great concern on the part of the authorities for three great foci in Parana Deltaespecially in Rosario-Victoria, the border between Santa Fe and Entre Ríos, and the Buenos Aires towns of San Pedro and Zárate. 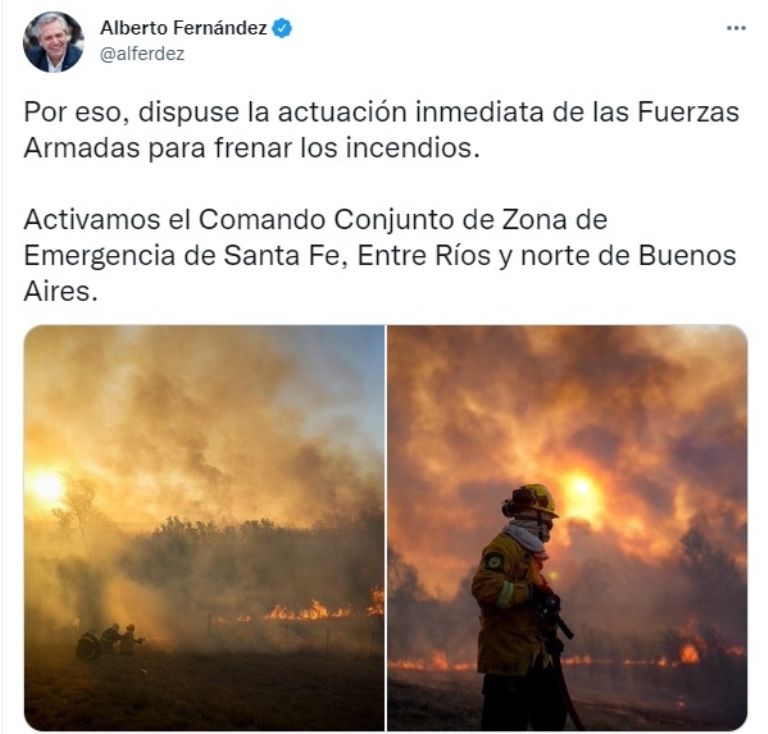 In this regard, Héctor Tornero, commander of the Army’s Armored Brigade II, in charge of the Joint Emergency Zone Command, pointed out that the Armed Forces operation in Parana Delta to control the fire.

However, he warned that there are three major sources of concern for the authorities today: “From Santa Fe to Zárate, there are 280 kilometers and there are small foci throughout its length, but there are three large foci that are Rosario-Victoria, San Pedro and Zárate.”

The commander explained that “it would not be prudent to estimate an extinction time”, but that the staff works hard and uninterruptedly to achieve it, since so far nearly 100,000 hectares of wetland have been consumed by fire.

“The Army is prepared for this type of work because we carry out planning and activities on the ground permanently. What we do is adapt military operations to firefighting but we have the means to move around the field,” he said. 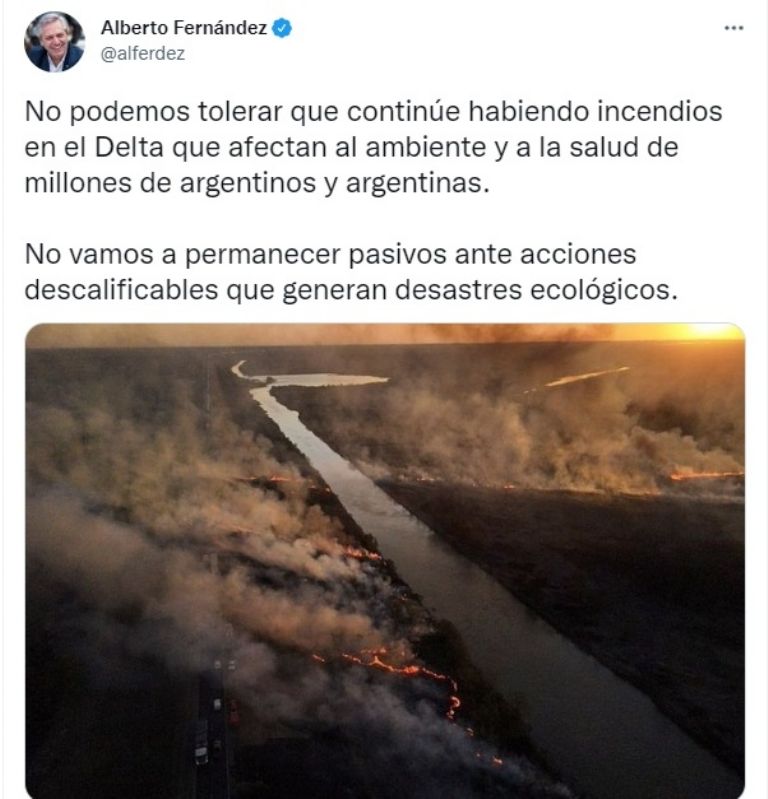 It should be remembered that the Command was installed in the town of Alvear, with the aim of working, in a coordinated manner, with the brigade members of the National Fire Management System (SNMF), who have been in the area for weeks.

How is the situation today?

According to satellite monitoring of the fires carried out by the National Commission for Space Activities (CONAE), the flames devastated 95,000 hectares of the provinces of Entre Ríos and Santa Fe. 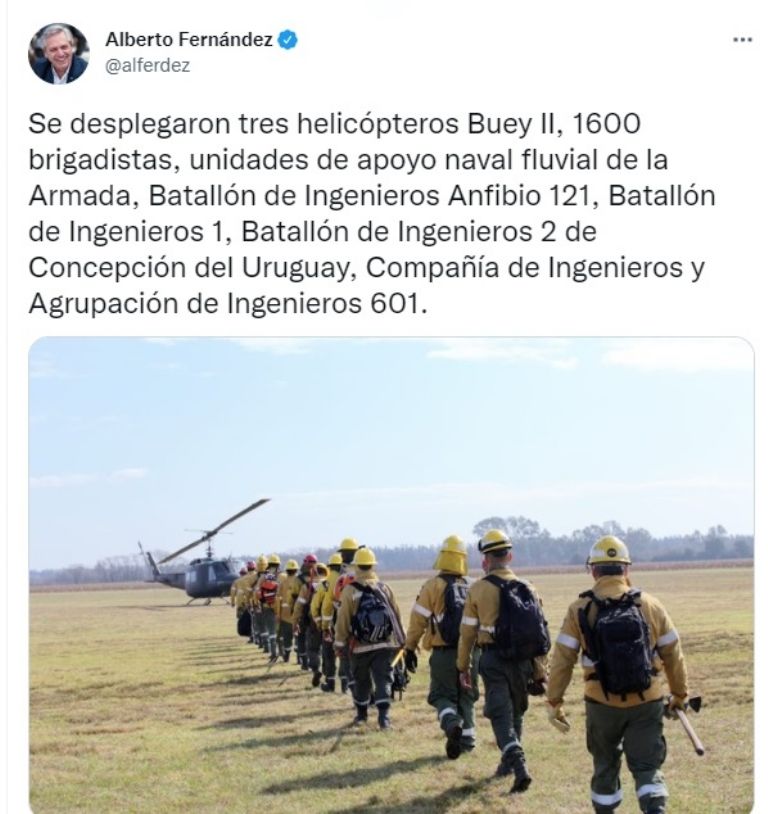 According to the denunciations of the authorities, including the Minister of the Environment, Juan Cabandié, the fires in The nature reserve northeast of Argentina are caused by the burning of pastures, for which the Government asks that those responsible for the environmental disaster be condemned.

After the fires spread for days in the Parana DeltaPresident

The financial market forecast for 2022 inflation fell for the

A story told in the television electoral slot in favor

Tax reform: Vargas Lleras and his harsh warning about the sale of homes

The tax reform project It will begin to be discussed

How to give value to the plastic that we already have?

Because it is a material that pollutes, in addition to contributing to the garbage crisis, more

Soybean gains prominence and slows down the expansion of corn

Soybeans, for the first time in six years, are expected to increase their acreage, to the

Santa Cruz Public Works: the prosecution’s argument ends and the defenses are prepared

After two days without changes due to the closure of banking activity for the weekend, the