The plenary session of the Congress of the Republic will debate this Thursday the motion of censure presented against the Minister of Health, Hernan Condoriwhich was presented on March 23 and bears the signatures of legislators from different benches.

This Thursday’s plenary session was convened for 9 in the morning by the head of Parliament, María del Carmen Alva, who also reported that tomorrow there will be a session of the Board of Spokespersons, in which the spokespersons of the groups will participate. politicians and members of the Board of Directors at 3 in the afternoon.

In both cases, the calls indicate that the sessions will be both face-to-face and virtual.

What does the motion of censure say?

In the document that supports the censorship, it was detailed that the head of the Ministry of Health lacked suitability to occupy the position, since a few days before his appointment “he exercised the profession in an inadequate manner by promoting the sale of Cluster X2 (‘agua arracimada’ ) attributing medicinal properties to it that have not been verified or certified by any official or academic authority”.

It also reported that Condori Machado used his status as a doctor to promote a cervical cancer diagnostic service in 1 minute, despite not having a specialty in gynecology or oncology.

“Hernán Condori Machado has not shown the capacity to hold office either. Thus, from a review of the resume and experience in public health management, it can be seen that the Minister of Health was appointed as Regional Director of Health in Junín on January 2, 2020 and remained in office until January 8 of the same year. On that occasion, he was removed from office for lack of suitability to hold office, ”the document added.

Among other arguments, it indicated that the appointment of Hernán Condori provoked a unanimous rejection of the country’s medical community, represented by the Medical College of Peru, which held a sit-in against him.

#NOW The plenary session of Congress meets this Thursday from 9 am On the agenda is the motion of censure against the Minister of Health, Hernán Condori @Politica_ECpe pic.twitter.com/0KoKTHC0Ay 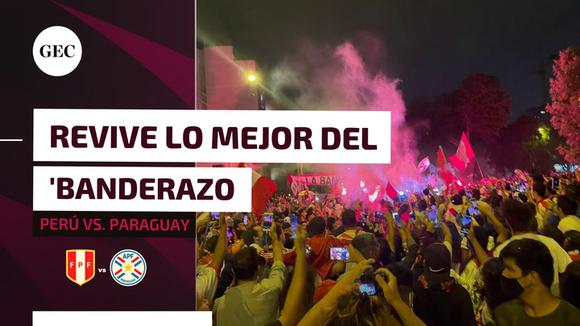 Fans of the Peruvian team showed their support for those led by Ricardo Gareca with a ‘flag’ outside the concentration hotel.

The reaction of Real Spain led by Ramiro Rocca

Royal Spain It’s the team of the moment Honduras with

The Ministry of Regional Development authorized today (12) the transfer

Georeferencing of address for exit plebiscite will be voted this week

This was agreed by the members of said instance, after

Underway, implementation of payment of 100% of the CTS to teachers

In the midst of the tension and the struggles for power, the Executive and Congress have

Agents of the Cusco Fiscal Police, in joint work with Customs personnel and the Second Provincial

They launch a manual to promote the reactivation of gastronomic mypes

In order to provide strategies to improve management and sales, prioritizing customer satisfaction, Indecopi, Ministry of

Paredes on Alva’s position to call new elections: “You have to respect the 5 years”

parliamentarian Alex Paredes, from Free Peru, referred to the statements of the head of the Congress