With goals from Lionel Messi and Enzo Fernández, Argentina beat Mexico 2-0 in a long-awaited match corresponding to group C where the albiceleste got their first three points of the Qatar 2022 World Cup

It was a very tactical first half, where both teams were more concerned with not making mistakes than going in search of goals, but in the second half, at minute 64′, Messi’s magic appeared and he finished off from outside the area with a powerful shot to defeating Ochoa and decreeing the 1-0 that unleashed the joy of the thousands of Argentine fans who were in the stands of the Usail stadium.

Three minutes from the end, Enzo Fernández finished off a well-placed shot from the right that beat Ochoa from above to make the game 2-0 and give Argentina peace of mind in the game, with this result Mexico does not depend on itself to advance to the round of 16.

Poland is the leader of group C with 4 points, Argentina and Saudi Arabia have 3 units, but the Argentines have a better difference and Mexico is last with 1 point. In the last day, next Wednesday, November 30, Mexico faces Saudi Arabia and Argentina faces Poland. 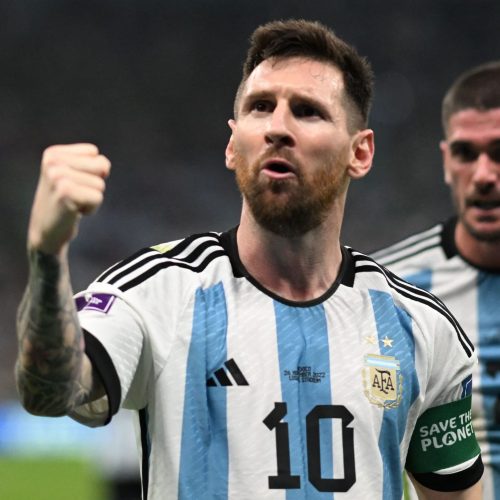 Micromachismo, mastitis and conspiracy among the new words admitted by the Royal Academy

CDMX, Mexico.-Like every December the Royal Academy of the Spanish

Monreal, García Luna, Ebrard, Sheinbaum… the characters that will mark 2023

8. Javier May For the inauguration of the Mayan Train,

Kepa Arrizabalaga. Photo: Getty. Only the success and inspiration of

Argentina beats Mexico 2-0 and leaves it in critical condition

Panama among the 12 greats of world baseball in WBSC

Angel Valdes | January 1, 2023 The National Police, through the National Directorate of Transit Operations,