The legislator of Popular Action, Maria del Carmen Alvaasked not to integrate the Andean Peoples or Science and Technology commissions because they are not related to his profession, despite the fact that these were the proposals presented to the Board of Directors by the spokesman for his caucus, Elvis Vergara.

“At least out of decency they should have communicated these changes to us. As I told my co-religionists, I don’t need more charges. But if they are going to pass us to a commission, at least let us know out of respect and consideration. I prefer to be alone in this seat”, said.

“Please, I am resigning because I have heard that I am the head of the Andean Peoples and Science and Technology commission, which have nothing to do with my profession. So please, I am not going to be on those commissions.”added the congresswoman.

“I have also seen that they have changed me from the Justice commission that they had appointed me, for being a lawyer, I understand. He was even working on some songs this week. I also ask that they re-evaluate that issue, because in the previous one it was fair”he asserted.

His statements were made in the framework of his participation in the plenary session of Congress, after the rapporteur of Parliament read the modifications proposed by the spokespersons for the formation of the working groups for the period 2022-2023.

It is necessary to add that in this same session, the Alianza para el Progreso (APP) bloc ceded one of its two spaces in the Foreign Relations Commission of Congress to the parliamentarian María del Carmen Alva Prieto (Popular Action), despite the fact that in said working group already includes two of his co-religionists. 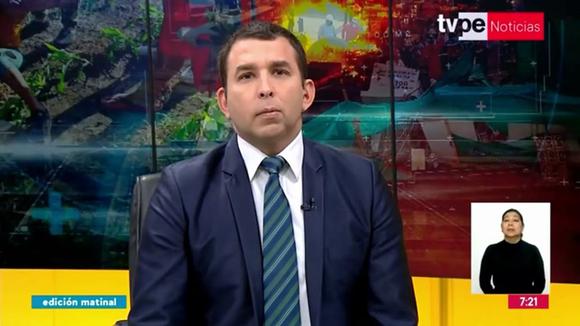 Violence in Cuba Is Getting More Alarming Every Day

HAVANA, Cuba. – If the Castro regime has been efficient

José M. Muria D. and all three By far the

Through a statement, this Saturday, December 31, the bishops of

Santiago Peña: Paraguay can be the answer to party crises in Latin America

Santiago Peña, candidate for the Presidency. EFE. Paraguay can be

Giuzzio, accused of bribery, begins to cheat the process

A few hours before the arrival of 2023, there are those who are already preparing their

SBN recovers ownership of a 90-hectare plot in Chilca

The Ministry of Housingthrough the National Superintendence of National Assets (SBN), managed to recover at the

Two foreign “house robbers” entered the building on 28 de Agosto Street No. 1644 in the