This weekend the Sunday Panorama revealed that the former president Martin Vizcarrainvestigated for improper passive bribery and others, would have had a “secret meeting” in a hotel in Cusco with the former candidate for Congress for We are PeruZully Pinchi Ramírez.

This situation would complicate the former president because the permission granted to travel, which was given to him by the Judiciary, was exclusively to carry out partisan activities.

Who is Zully Pinchi and what conversations did you have with Martín Vizcarra?

She is also a writer and author of the book: “113 chronicles of a passion” (Peru, 2019), a book that includes an interview with César Hildebrandt and a chronicle entitled “My neighbor Vladimiro Montesinos!”, among others. She received the “Manuel Mesones Muro” award in 2018 for the dissemination of Peruvian culture in Spain.

In Peru, she was distinguished with the “Mothers of Puente Piedra” decoration in 2017 as well as being named “Illustrious Citizen of Chimbote”, a Peruvian town where she lived and developed a good part of her life.

In 2021, she applied for the Congress of the Republic with the Somos Perú party and her number was 18. She is also the ex-wife of Miguel del Castillo, son of Jorge del Castillo.

According to Panorama, former President Martín Vizcarra asked the Judiciary for permission to travel to Cusco and carry out only activities of his ‘Peru First’ party since February 24. In it, he insisted that his presence at said event was necessary because he was going to take the oath to the new bases.

Vizcarra detailed before the Judiciary the hours and days of the activities that he carried out during the permit, however, Panorama showed some alleged chats of conversations between Vizcarra and a woman, who, according to the journalistic program, would be Zully Pinchi Ramirez.

In the dialogues, the former president is affectionate and points out the number of the room in which he is staying and asks him to appear at the hotel as the girlfriend of Rudy Ramos, who, according to the judicial permit, accompanied Vizcarra in his capacity as head of the ‘Peru First’ government plan.

Besides, vizcarra reminds the woman that she has changed rooms to avoid “the roche” of being seen entering her room where she is staying.

Panorama assured that Zully Pinchi He traveled on February 26 and showed a ticket with the details of the flight. In addition, she stated that the ex-candidate of Somos Perú confirmed the trip.

Martin Vizcarra He assured this Monday in RPP that he did not commit a single irregularity on the trip he made to Cusco in February of this year, and denounced that the accusations are part of a smear campaign against him.

“This is part of a campaign to discredit me, they try to disqualify me, they begin to attack me through the media. There are seven rules of conduct that I must comply with for the Judiciary. I have asked about 15 times (to leave Lima) they have only authorized me three. That’s how jealous they are with me, instead Vladimir Cerrón has the same restrictions and travels throughout Peru”, He told the program “Todo se Sabe”.

“The Prosecutor’s Office, since 2020, has not required anything from me and we are already 2022. One rule that they ask me is that I cannot meet with those linked to the investigation. I had permission to travel to Cusco from February 25 to 27 and I have not met under those conditions with Zully Pinchi, absolutely false infidelity. There is a level of baseness that exists in a certain press when they want to attack without justification”, he added. 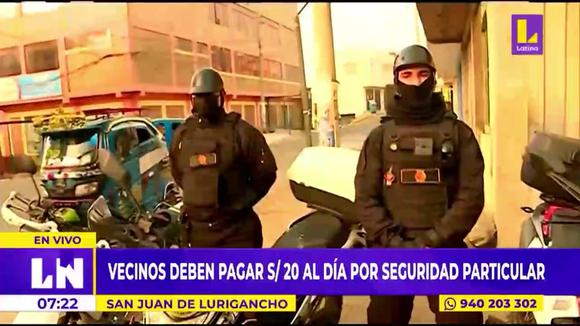 Who is Zully Pinchi, the woman with whom Martín Vizcarra met in a hotel in Cusco?

This weekend the Sunday Panorama revealed that the former president

Undocumented Haitians this morning confronted agents of the General Directorate

4% rise in family allowances and freezing of the price of supergas: the new government measures

The government presented a package of economic measures as an

Aníbal Torres: Prosecutor’s Office will take statements from the Prime Minister this Wednesday 18

Citation. Aníbal Torres, head of the Council of Ministers, He was summoned for this Wednesday, May

Scotiabank: Economic growth would slow down due to social conflicts

In the first quarter of the year, the Peruvian economy grew 3.8%, but progress at that

Mercedes Aráoz on the Councils in regions: “The State is not a space to advertise the president or the premier”

The Ombudsman, Eliana Revollar, questioned the Executive and Congress for not responding to the needs of