Lima between three. One week before the Regional and Municipal Elections, the last simulation of datum reveals that We can Peru (Daniel Uresti), People’s Renewal (Rafael López Aliaga) and We are Peru (George Forsyth) lead the electoral preferences to the Mayor of Lima and concentrate 52.5% of the votes.

In addition, 56% say they have already decided their vote, while 19% say they will decide this week prior to the elections. 17%, as much, state that they will do it that same day.

On the other hand, in the district of Stone bridge the party Somos Perú is in the lead, with 31.2%; Meanwhile in San Isidro leads the Popular Renewal preferences, with 22.1%, followed by Somos Perú, with 19.8%.

Meanwhile, in the districts of the olive trees and the RimacPodemos Peru is in the lead with 18.3% and 24.5%, respectively.

Likewise, in intention to vote for each candidate, in the district of Groove Carlos Bruce of Avanza País is in the lead with 37.9%, while in San Miguel is Eduardo Bless, from the same group, with 44.9%.

In the province of CallaoPedro Spadaro from (Contigo Callao) has a 33.7% intention to vote, and 24.8% say they still do not know who they will vote for. 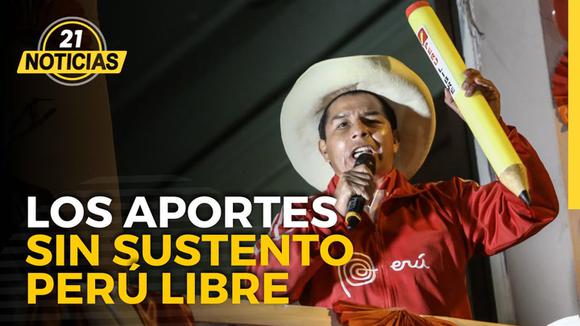 Lima between three. One week before the Regional and Municipal

Abinader: no affected family will be left without receiving a friendly hand from the Government

Dollar today: this is the price of Friday, September 23 according to the BROU

The dollar opened this session on Friday 23 with a

The Public Ministry opened an investigation to clarify the events

Abinader: no affected family will be left without receiving a friendly hand from the Government

The head of the General Directorate of Intelligence of the National Police, Luis Sánchez Lira, his

The President of Congress, Joseph Williams (Avanza País), questioned the speech given by the head of