Five people allegedly linked to sexual crimes to the detriment of minors were arrested through Operation Horizon carried out in the province of Chiriquí.

According to the Chiriquí Regional Prosecutor’s Office, through the Barú Subregional Agency, together with the National Police and the National Border Service (SENAFRONT), they managed to apprehend four men and one woman.

The first superior prosecutor of Chiriquí, Melissa Navarro, explained that the five apprehended will be taken in the next few hours before a Judge of Guarantees and for their alleged connection to the crimes of commercial sexual exploitation and sexual abuse, however, it is not ruled out that with the development of the investigations can identify another series of crimes.

Until now, the Prosecutor indicated, the criminal actions were focused on the district of Barú, in the areas of Jocote, San Valentín and Puerto Armuelles. 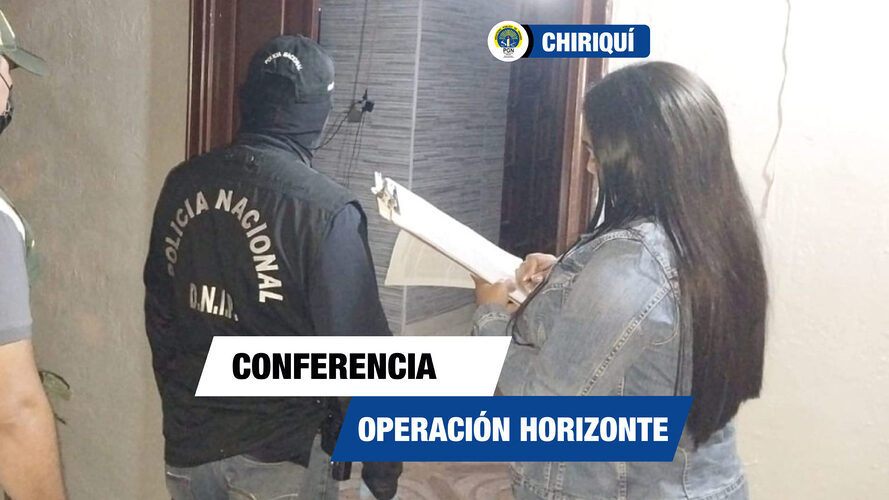 Peña meets with high authorities of the State Department in Washington

Almost Fifagate and the business of businessman AJ Vierci. The

Communications team of the Presidency of the Republic specified the

How are the dollar and the euro this January 24?

Peña meets with high authorities of the State Department in Washington