The Puente Tarata case, which is being investigated by anti-corruption prosecutor Karla Zecenarro, took a 180-degree turn when the main parties involved fled. In March, Bruno Pacheco, former presidential secretary, and Fray Vásquez, nephew of the president peter castleThey went up in smoke as if they already knew they were guilty. And things got more hasty when the businessman Zamir Villaverde he began to submit tests to become an effective collaborator.

Among the delivered are audios that compromise the Government of Pedro Castillo, accused of committing acts of corruption. Peru21 learned that the prosecutor Karla Zecenarro has a series of these audios provided by the investigated, which have not yet seen the light and remain sealed.

The transcription of them, according to the sources, would already be left as a task for the new special team led by the superior prosecutor Marita Barreto.

In the next few days, Zecenarro will have to hand over all the evidence that he has collected for eight months to the new team that has been formed to investigate Castillo’s entourage from now on.

But before doing so, he made one last decision. Last Friday morning, the prosecutor Karla Zecenarro asked the Judiciary for Villaverde’s release, alleging that his life was in danger if he continued in the Ancón I prison, according to sources consulted. On the night of that same day, the order was issued in favor of his release.

The owner of Vigarza and Mazavig must pay a security of S / 100,000 as a condition and comply with rules of conduct.

Villaverde is a key character in the entire corruption plot. And the audios that he delivered to the Prosecutor’s Office – some of which have already been known – have ended up rounding out the hypothesis: the adjudication of the Tarata bridge, a work valued at S / 232 million, was completed after the payment of bribes.

In these dialogues, which date from November of last year, the businessman is heard talking to Juan Silva, then Minister of Transportation, about the amounts of money he would receive in exchange for the work granted to the Puente Tarata consortium.

It has already been established that on November 4 Villaverde delivered S/100,000 in cash to Silva. The money would have come from one of the companies in the consortium.

Regarding this delivery, according to the sources, the prosecutor Zecenarro has submitted a new report to the National Prosecutor’s Office detailing the banking movements made by Villaverde and his companies.

As an effective collaborator, the businessman also revealed that in an appointment made between August and September 2021, in the former minister’s apartment, he asked for S / 30,000 at the request of the president.

According to the sources, the release of Villaverde García will take place on Monday or Tuesday. His lawyer, Julio Rodríguez, commented a few days ago that there is still more evidence to give to the Prosecutor’s Office.

The Puente Tarata case is not the only one that will go to the group led by Barreto, there are six others that will suffer the same fate, as Peru21 has already reported. In fact, last Friday three anti-corruption prosecutors received a direct communication from their superior Elma Vergara asking them to hand over their investigations: Zecenarro; Norah Córdova, who has the Petroperú case; and Jony Peña, in charge of the process against Yenifer Paredes, the president’s sister-in-law.

According to the official letter accessed by this newspaper, each one has 48 hours to present any “incident” generated from the proceedings.

Peña, for example, must include the statement by the first lady, Lilia Paredes, which she received that same Friday. Córdova, meanwhile, will have to present all evidence of the alleged directing of the purchase of biodiesel by Petroperú in favor of the company Heaven Petroleum Operators.

The difference, however, is that these last two investigations are in the preliminary phase. The only one that is in the preparatory stage is Puente Tarata. That is, directed towards the accusation. 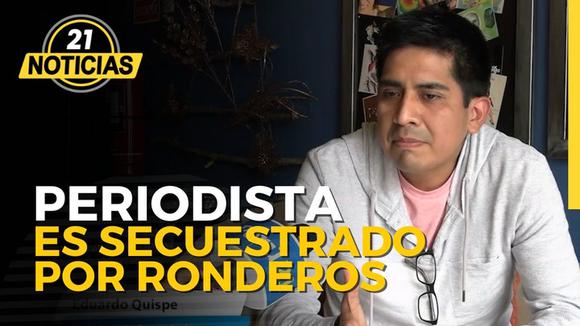 The price of oil rebounded This Thursday, January 5, 2023,

Church suspends procession of Our Lord of Esquipulas in El Sauce

The Catholic Church of Nicaragua reported this Thursday that it

Djokovic-Kyrgios, a “fireworks” final at Wimbledon

The congressman of Peru Libre, Flavio Cruz, presented a motion for interpellation against the Minister of

Judge Johnny Gómez convened for tomorrow at 3:00 pm the hearing in which he will evaluate

From the Tacabamba police station to the Dirandro: the rising career of Castillo’s nephew’s couple