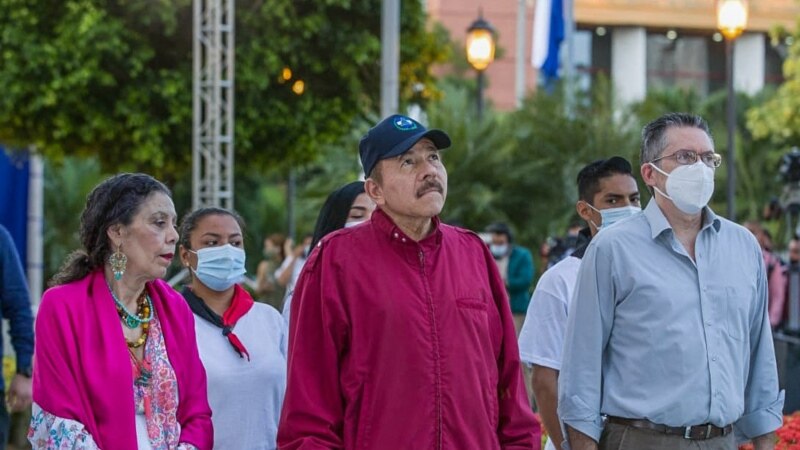 Nicaraguan President Daniel Ortega reiterated on Tuesday that Hugo Rodriguez, Nominated by US President Joe Bien as ambassador in Managua, he is not welcome in the country and assured that he will not be allowed to enter the country.

In arguing for the decision, Ortega said that Rodríguez has “ranted” against his government. Nicaragua is facing one of its worst crises in the last 30 years, according to human rights organizations.

“[Se] he started talking like he was a William Walker,” Ortega said, referring to the freebooter from Tennessee who tried to take over Central America during the 19th century.

He was referring specifically to Rodríguez’s participation in his confirmation hearing before the US Senate Committee on Foreign Relations.

“This one has not even come to the country and has already started to rant, so let him stay outside, but here in Nicaragua the flag is respected,” said Ortega, a few days after Foreign Minister Denis Moncada announced that Rodríguez would be removed immediately “the placet”.

A spokesman for the National Security Council (NSC) told the voice of america that despite the fact that Nicaragua withdrew the “approval” from Rodríguez accusing him of “interfering”, during his hearing in the Senate, the diplomat was “faithful and respectfully reiterated the US policy.”

Ortega reacted to this by calling the fact “arrogance” and “madness” of the US.

“I do not know to what extent, I cannot confirm that information, but in the Voice of the United States (voice of america) were reporting that they had interviewed an official from the State Department and that he had said that they were going to keep this guy as ambassador, could it be that they are going to want to put him on a small plane like they got there in Taiwan,” Ortega questioned.

“How far does the madness and arrogance of these people go,” he said.

The references to the diplomat nominated by Biden took place during a speech in Managua, on the occasion of the 43rd anniversary of the Nicaraguan Army Air Force.

Ortega also mentioned a supposed visit to Managua by a State Department official who wanted to meet with his administration, but indicated that he has “preferred to keep his distance from the messages they have sent us.”

“They sent a messenger. He was in Nicaragua and they did not do it through the official channel. The messenger, an official from the State Department, was here, he came clandestinely” and “he was told that he had to come through official channels,” Ortega assured.

Despite Daniel Ortega’s anti-imperialist discourse, Nicaragua continues to be one of the United States’ main trading partners.

For example, Washington is the main country where Managua exports through a free trade agreement, now in danger due to tensions between the two countries.

In June, President Biden’s advisor for hemispheric security issues, Juan González, spoke with the voice of america on the possibility of excluding Nicaragua from said treaty due to the decision to give the green light to the entry of Russian troops to Managua.

The exclusion of Nicaragua from the Treaty would hit the country’s fragile economy, directly impacting exports, employment and economic activity already in crisis due to the pandemic and the socio-political crisis that began in 2018, according to experts.

“Let him stay out”: Ortega reacts to Biden’s nominee for ambassador in Managua

Due to incidents, Quiñónez’s trial is postponed again

Carlos María López, president of the Chamber of Deputies, adjourned

Did rate hikes come to an end in the country?

Although since November of last year the central bank has

Due to incidents, Quiñónez’s trial is postponed again

Telcor drops the “guillotine” against local media in Matagalpa

The regime of Daniel Ortega and Rosario Murillo ordered the closure of eleven stations, ten belonging

The deputy president of the regime, Rosario Murillo, began her speech to official media by attacking

Cardinal Brenes: “Acts against the Church are expressions of violence and we will respond with the word of God”

the cardinal Leopoldo BrenesMetropolitan Archbishop of the Archdiocese of Managua, demanded that the dictatorship of Daniel

“Eradication of torture is not a political option”, says UN rapporteur

Given the continuous torture suffered by the political prisoners of the Daniel Ortega regime, as affirmed

The police siege of the dictatorship of Daniel Ortega persists against the father Uriel Vallejo, parish