The National Institute of Health (INS) updated the figures of the Delta variant of SARS-CoV-2 in Peru and confirmed a total of 2,409 cases nationwide, with Lima being the one with the largest focus of infections. Genomic surveillance indicates that this variant grew back with a 96.72% predominance in the registered cases.

LOOK HERE: Freight carriers agree to suspend strike on November 8 after meeting with the Executive

According to the institution, the variants Lambda and Mu reported no cases in Epidemiological Week N ° 43 (until November 5). In parallel, the variant Gamma grew slightly.

However, the results of the genomic sequencing carried out in the last week – in which 61 samples were analyzed – indicate that the Delta variant is the predominant one in the country with 96.72% of cases (59); followed by Gamma, with 3.28% (2).

The INS noted that the majority of total Delta cases are still in lime, with 850 infections detected, ahead of Junin (134) that displaced Ica from second place.

Amazonas maintains its first 6 cases of Variante Delta for two weeks; This COVID-19 mutation is classified as a concern along with Alpha and Gamma, which together add up to a total of 4,247 confirmed cases in Peru. 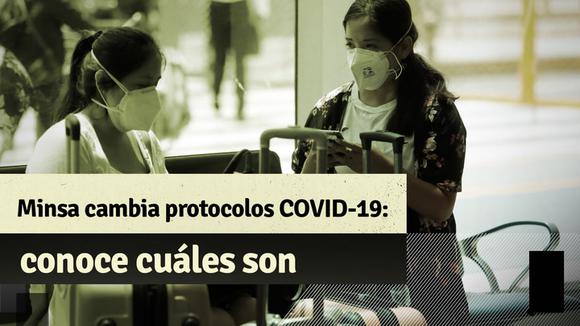 The use of a mask is still mandatory to enter various locations nationwide. However, in the new update of biosafety protocols it indicates that if a person has a KN95 mask it will no longer be necessary to use double of this element. In the following video, know the changes made.

Hit to the pocket: Matías Kulfas warned that March inflation will be higher than February

March will be a month with high inflation and it

Sebrae reveals an increase in small businesses that manufacture chocolates

A survey carried out by the Brazilian Micro and Small

Entry of migrants through the Darien jungle exceeds 124 thousand people