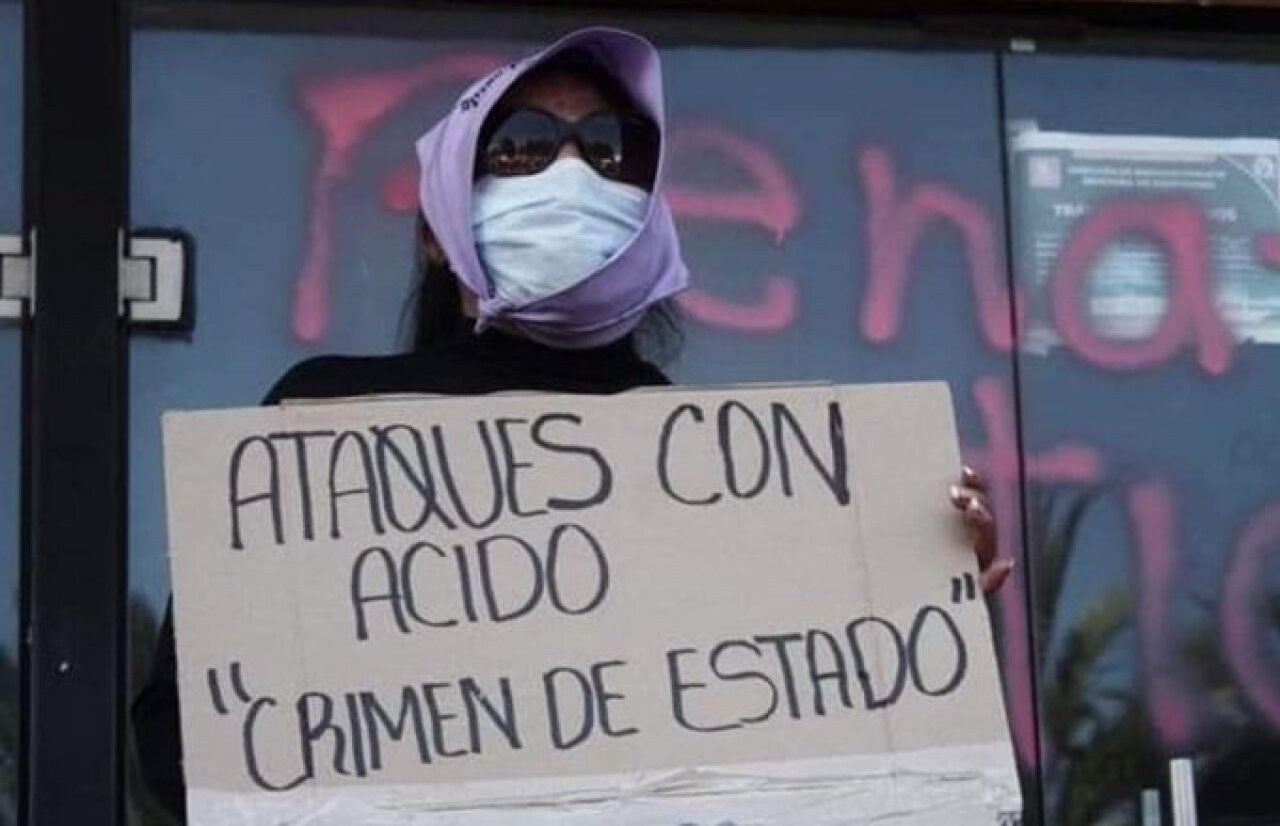 “The very fact that until 2019 did not exist, in any penal code, the classification of the attack with acid and that it was only left to the consideration of the MP, speaks to us a lot about the priorities that the authorities have in this country,” says Canseco.

In the specific case of transfeminicides, the situation is no different. Alejandro Brito recalls that only the Mexico City Prosecutor’s Office has recognized transfemicide, after three years of the murder of Paola Buenrostro, and even so to date, these crimes are not classified as a crime.

Beyond the skin and the physical

Acid attack survivors suffer physical, psychological, motor, and even economic damage. Ximena Canseco points out that, regardless of whether the victims are killed at the hands of the aggressors, all of them are exposed to suffer a fatal accident or suicide due to the physical, emotional, psychosocial and economic state in which they find themselves.

“It not only puts the life and integrity of the women at risk at the time of the attack, but also in the months and years that follow due to the type of physical, emotional, psycho-social and economic consequences they face,” he points out. .

The activist indicates that it is not enough for the prevention of violence to be reduced to a “get out of there” or “report”, because in 40% of the cases the women had already ended the relationship at the time of the attack and some of the they had even criminally denounced their assailants.

Regarding crimes against the LGBT + community, a organization study Letter S accounts for 79 murders in Mexico in 2020 alone. That year, trans women were again more numerous victims, with 43 transfeminicides, representing 52.5% of the total, followed by gay men, with 22, who are the 28% of the cases.

Cipriani is willing to privatize the sale of medicines in ASSE

The president of the State Health Services Administration (ASSE), Leonard

If your aspiration is to leave the Quinta Crespo market

The Sao Paulo beat this Thursday by 2-0 to Everton

The Government disburses $3,500 million to strengthen the production of San Juan

Kulfas announced the disbursement of .500 million to strengthen the

Ortega’s departure from the OAS paves the way for suspension

The festivities begin by making the capital ‘pretty’

INE, illegally, reserves resources for tasks outside its function: Pablo Gómez From the Editorial Office Newspaper

“There were polling places where more than two people voted per minute. This is a real

Elon MuskCEO of Tesla Inc.on Thursday intensified his criticism of the US stock market regulator, calling