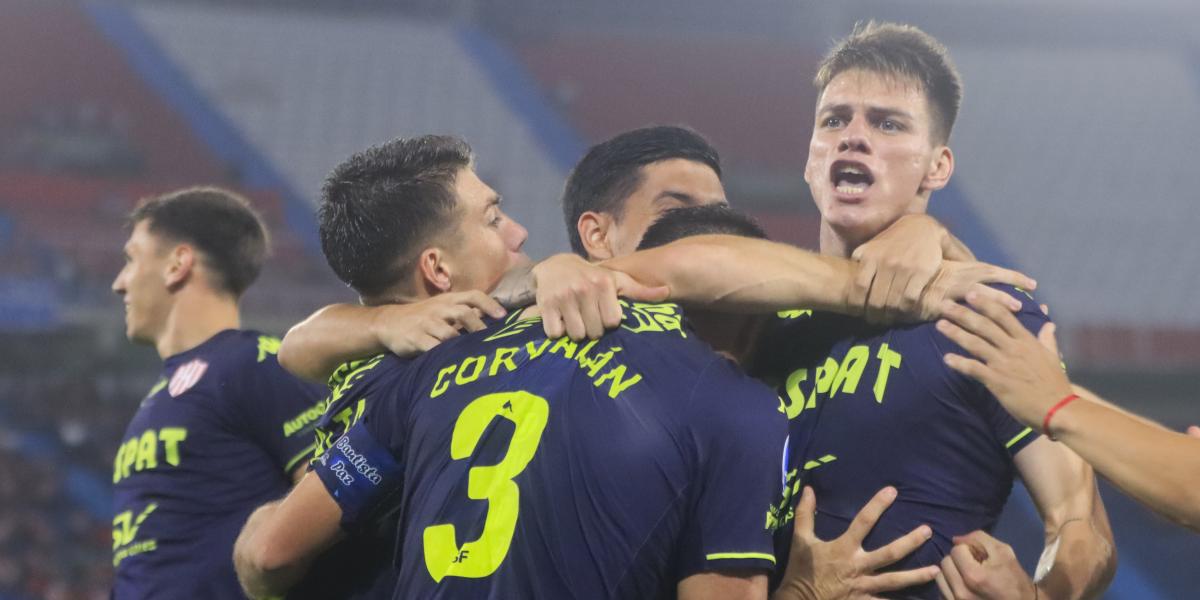 With a goalkeeper inspired night santiago melewho saved a penalty, and with the forcefulness of Jonathan Alvezthe Argentinian Santa Fe Union thrashed this Thursday 0-4 to Juniorin Barranquilla, and advanced to the round of 16 of the South American Cup.

The Argentines went ahead with an own goal from Omar Albornozthe account was increased Jonathan Alvez, Kevin Zenon and closed it Matias Gallego in the stadium Metropolitan Roberto Melendezfrom Barranquilla.

bad night of Junior started when defender Albornoz put the ball into his own goal while trying to clear a cross thrown by Claudio Corvalan. Barely three minutes of play had passed.

The first reaction of the locals was in charge of Daniel Giraldo, who demanded that Scrum, goalkeeper who had a lot of work before the attacks of those led by the Argentine John Royal Cross, especially in the first 20 minutes.

Owner of the ball and the field Junior charged again and again until Franco Calderón committed a penalty against the gunner Miguel Borgia, that I had previously tried with auctions.

The payment was the same Borgia but his cannon shot was saved by the Uruguayan Mele, who was on his way to becoming the figure of his team not only because of this save but because of others.

The horseshoe that mounted the Shark because it was found Tatengue well ordered and with the capacity to block what is proposed by the premises.

In the absence of three minutes to close the first half, Junior received another blow. The visitors invented a counterattack and the Uruguayan At once He released, about 35 meters from the door, a cannon shot that goalkeeper Sebastián Viera could not control. 0-2.

The scoreboard was frightening because in addition to going down the Brazilian Fluminense He was thrashing Oriente Petrolero 6-1, and in the end he won 10-1, but it did not help him either because he was second with 11 points, one behind the leader Unión de Santa Fe.

Namely, Junior they lost their way to the round of 16 on the day in which they started as group leader with 10 points. Unión was second with 9, followed by Fluminense with 8.

Paddling against the current, coach Cruz Real sent the Venezuelan to the field Luis ‘Cariaco’ Gonzalez hoping to open the enemy wall.

The public was barely settling in the stands for the second half when Unión wove a counterattack from their own area and Kevin Zenón finished it, who with a subtle touch beat Viera for 0-3.

At that time Fluminense was fulminating 8-1 to Oil Eastwith which Junior was definitely leaving the South American when everything made him think that he could go to the next round, because he only needed to win so as not to depend on anyone.

Unión de Santa Fe was in charge of exposing Junior’s faults, which had as its only weapon of attack centers that did not reach the recipient or remained in the head or legs of the visitors.

In the absence of football Shark he appealed to the strong game trying to soften the rival, a tactic that did not work either.

The puntillazo put it Galician who in the absence of three minutes to end the game concluded another counterattack. Lapidary 0-4 for the Colombian team that has one of the most expensive payrolls in the local league.

Junior It was a lackluster team with no ability to react against a rival that came looking for its passage to the next round and achieved it at the Metropolitan Stadium in Barranquilla.

With a goalkeeper inspired night santiago melewho saved a penalty,

The day started with 7 degrees and a maximum of

ends in this fridaythe deadline for payment of the registration

4-1: Libertad defeats The Strongest and advances to the round of 16

the Paraguayan club Freedom beat the Bolivian 4-1 this Thursday The Strongest and assured, sharing with

Dalma Maradonaone of the daughters of Diego Maradonarequested this Thursday, through his lawyers, the investigation of