The Sociedad de Objecto Específico – Rutas del Este – announced the empowerment of duplicated and expanded roads in Section 1.1 of Route PY 02, this Thursday from 4:00 p.m. It is about 9.3 kilometers of duplicated roads, with two lanes in each direction, and improved in aspects of road safety, speed and driving experience, between km 40.6, in the detour to San Bernardino, up to km 49 9, in the city of Ypacaraí, Central department.

With the inauguration of the sectionthe speed of vehicle circulation will be much faster on Route PY 02. The authorization of two lanes in each direction contemplates a maximum operating speed of 100 km/h, with an improved flow. The qualification contemplates returns for traffic at kilometers 42, 44, 46 and 48, pedestrian walkways at km 42 and 48, and three lanes for ascent to the Caacupé hill.

To guarantee safe pedestrian passage and, at the same time, high vehicular circulation, The section has two footbridges, at km 42 and at km 48. The latter was built in front of an agricultural school, where a large number of young people from the area attend.

On the other hand, The footbridge at km 42 was built for the Catholic parishioners, who during the pilgrimage to Caacupé walk along the north bank and make a stop at the Kurusu Pablito oratory, located on the other side of Route PY02. In this way, the faithful will access the north bank safely. Access to the school located in the area is also guaranteed. 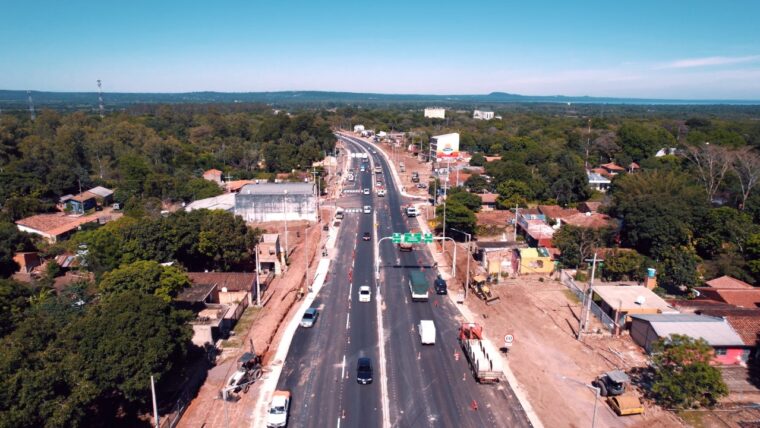 Prior to the expansion and duplication works, the section between the detour to San Bernardino and the descent of the Caacupé hill generated permanent congestion in the area, being able to advance 4 kilometers in an average of 20 minutes. With the duplication and expansion works of Route PY 02, the time needed to complete this route will be less than 5 minutes.

Also read: They raid supermarkets in Caacupé for alleged contraband

Route PY 02 has a signaling system, paintings, updated billboards, and includes the installation of an intelligent traffic light system at the Pedrozo intersection, which will give preference to the main traffic over Route 02 Py. Vehicle detection sensors, installed in the turn lanes, will activate the traffic light to allow turns. 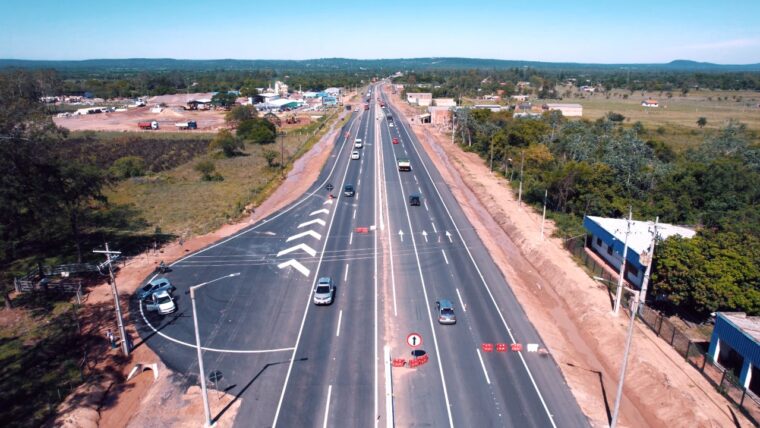 The duplication, expansion and improvement of the section will have a significant impact on the reduction of travel time and road safety in the area, since the risk of a frontal collision disappears by not having to invade the lane from the opposite direction to carry out the overtaking manoeuvre. The two carriageways are separated by a standard concrete barrier (New Jersey) that will prevent frontal collisions. On the other hand, Route Py 02 has an assistance system with a crane and permanent monitoring of the Route.

It is important to remember that Route PY 02 is the completion of the largest works contract in the history of Paraguay, under the modality of the Public-Private Partnership Law (PPP) and the first to be executed. An investment with great benefits in saving travel time, saving fuel costs, reducing vehicle maintenance costs, greater road safety and a better travel experience.

The National Institute of Meteorology and Hydrology (Inameh) forecasts cloudy

New government will have 11 ministries led by women

Harold Forsyth: Peruvians assume with great height and courtesy the visit of the OAS group

Baby thief also asked about a patient who has already been discharged, they report

Paraguay asks to suspend the toll announced for the Argentine section of the waterway. Paraguay asked

After saying goodbye to his followers in a live broadcast on his social networks, although without

Cristiano Ronaldo and a historic signing by Al Nassr