The spokesperson for the Peru Libre bench, Waldemar Cerrón, welcomed the fact that there has been dialogue in Congress around the public budget law for fiscal year 2022, and assured that his group is in favor of this type of dialogue without thinking about the possibility of the closing of Congress or a presidential vacancy.

“I congratulate because it has reached levels of dialogue and communication. We may have some friction but there are people who oppose until we talk and create terms such as ‘fujicerronismo’, ‘cerrónfujimorismo’, ‘renovation cerronismo’ or APP or Popular Action ”, he pointed out during his participation before the plenary session.

The spokesman for the ruling party said that the congressmen should unite to carry out projects that meet the needs of “the most marginalized.”

“We are not against dialogue, we are not against it. Not even thinking for a moment about the closing of Congress or other vacancy issues. There is much to do, as Vallejo would say, for our Peru. Let’s get to work as we are already doing and let the corresponding bodies do what they have to do ”added Waldemar Cerrón.

Moments before his participation, there was an exchange of words between the congressman of Fuerza Popular, Alejandro Aguinaga, and that of Peru Libre, Guillermo Bermejo, after the former demanded explanations from the prime minister, Mirtha Vásquez, about the US finding. $ 20 thousand in the bathroom of the General Secretariat of the Presidential Office while Bruno Pacheco held the position.

In response, Guillermo Bermejo indicated that they are in favor of the Public Ministry carrying out the corresponding investigations.

“We urge the prosecution to do its job. But here they have not found anyone distributing money in the SIN room, they should demand that those in charge [Fuerza Popular] tell us where the accounts of Vladimiro Montesinos are, we should ask them to tell us where is the money that Alberto Fujimori stole from the country “he replied. 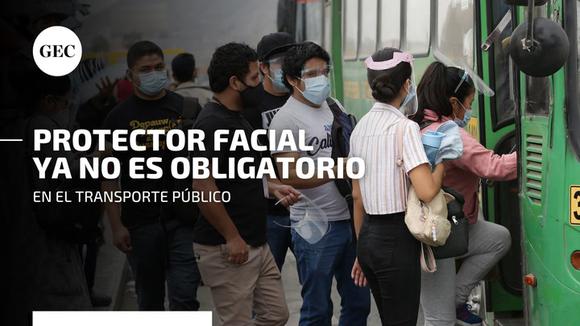 From this Saturday, November 20, the use of a face shield in public transport services is no longer mandatory. This, after the Ministry of Transport and Communications modified the health protocols for the prevention of COVID-19.

The authority highlighted that from January 1 to December 28,

Dani Alves announces that he is returning to Mexico, amid a sexual assault accusation

“We are going to the second ’round’ with the confidence

2022, the year of the most attacks on journalists in the century in our country

2022 concluded with a growth in the participation of the

2022, the year of the most attacks on journalists in the century in our country

In 2022, there were 303 attacks on journalists and the media, being the highest figure recorded

Today the application of the bivalent vaccine begins in Peru

To consider. This Sunday, January 1, 2023, the application of the bivalent vaccine against COVID-19 will

People increase their visits to the gym

The pandemic brought new habits, such as the use of a mask, constant hand washing, and

2022 is over: The phrases that marked a year of surprises

The region Fist closed the 2019-2022 period with three governors, whose efforts did not help improve