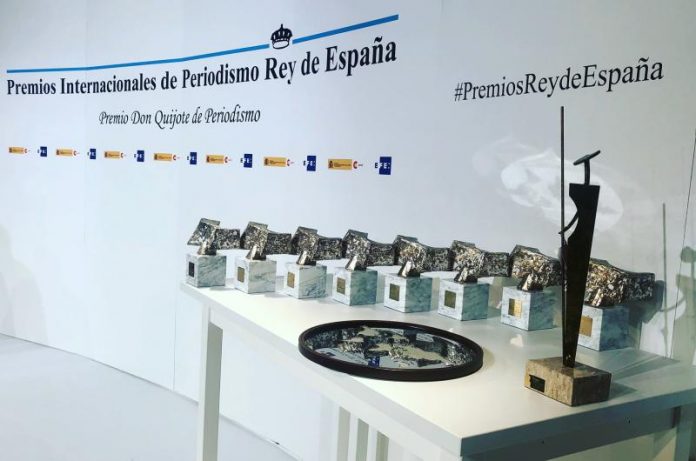 A team of 20 Venezuelan journalists, representatives of the Prodavinci web portal, will receive this Thursday one of the King of Spain International Awards for Journalism, from the hands of Felipe VI.

The Venezuelans, led by Salvador Benasayag, were the winners of the International Cooperation and Humanitarian Action category for the work “The broken promise: the collapse of social security in Venezuela”, published in Prodavinci on February 23, 2021.

Other journalists and media from five Ibero-American countries will also receive the award presented in person by the King of Spain.

The winners, who come from Venezuela, Colombia, Mexico, Brazil, and Spain, will receive the awards at a ceremony to be held at the Casa de América in Madrid, in person after the restrictions forced by the pandemic.

The awards have been granted annually since 1983 by the Spanish Agency for International Development Cooperation (Aecid) and the Agencia EFEand recognize the work of Spanish and Portuguese-language journalism professionals from the Ibero-American Community of Nations and from the countries with which Spain maintains historical ties and cultural and cooperation relations.

In addition to the King of Spain, the delivery of these awards will also be headed by the president of EFE, Gabriela Cañas, and the Spanish Secretary of State for Ibero-America, the Caribbean and Spanish in the World, Juan Fernández Trigo, as well as members of the government of Spain, the president of the Congress, Meritxell Batet, that of the Senate, Ander Gil, or the Foreign Minister, José Manuel Albares, among other authorities, ambassadors and representatives of the world of journalism.

In total, for this 39th edition of the awards, 240 candidates from 17 countries were presented for six categories: Narrative Journalism, Photography, International Cooperation and Humanitarian, Environmental, Cultural and Media Action in Ibero-America.

The Photography award is for the image “Resistir”, by photographer César Luis Melgarejo Aponte, published in the Colombian newspaper El Tiempo and taken during the national strike in that country, in the early hours of Saturday, May 22, 2021.

The one for Environmental journalism is for the report “Engolindo Fumaça” (“Swallowing smoke”), on the health effects of forest fires and published in InfoAmazonia in Brazil.

On the other hand, the report “Daughter of cotton: A profile of Cristina Rivera Garza”, published by Sergio Rodríguez Blanco in the Mexican magazine “Gatopardo” on March 23, 2021, will receive the Cultural Journalism Award.

The jury valued in the winners the search for informative transparency and the role of journalism in rendering accounts in the face of daily hoaxes in the chosen works.

The six awards also have in common the use of new formats, statistical data or infographics to endorse the information that, in many cases, is difficult to contrast.

The King of Spain International Prizes for Journalism have an economic amount of 10,000 euros, at Pulitzer level, which consolidates them as the most recognized in the Ibero-American sphere.

In addition, the winners receive a sculpture by the artist Joaquín Vaquero Turcios.

Venezuelan journalists will receive this Thursday the King of Spain Award

A team of 20 Venezuelan journalists, representatives of the Prodavinci

1-5: Brazil prevails with ease and a Neymar inspired by South Korea

Comfortably, without overstretching your finalists from Champions and with a

Cerruti: "The President goes to the Summit of the Americas to present the position of CELAC"

The spokeswoman said that “the possibility never existed” of holding

The Brazilian economy continues to recover, after resuming in 2021,

1-5: Brazil prevails with ease and a Neymar inspired by South Korea

Knife war between opponents for Monomers

The Venezuelan agrochemical company Monómeros, a subsidiary of Petróleos de Venezuela, located in Barranquilla-Colombia, and which

Anthropology etymologically means study or treaty about man. This, due to its multidimensionality -it has been