The relocation work of the conduction line of the drinking water system that supplies the province of Pisco, in the Ica region, executed by Emapisco SA and financed by the Technical Organism of the Sanitation Services Administration (Otass), presents a progress of 95%. The objectives of the work are to guarantee the continuity of the service during the floods of the Pisco River and in dry seasons, and to avoid leaks of the water resource, which will have a favorable impact on the health and improvement of the quality of life of more than 150 thousand inhabitants.

The relocation of 3,478 meters of 24-inch HDF ductile iron pipe with the highest quality standards is being carried out in the Humay district, specifically in the areas of Puente Murga, Productores Paracas and Monte Fuerte, where the pipes required immediate intervention to improve the service provided to 30,000 families in the districts of Pisco, San Clemente, San Andrés, Túpac Amaru Inca and Paracas. The work requires a total investment of S/6,240,621.34, transferred by Otass to the service provider.

The executive director of Otass, Héctor Barreda Domínguez, inspected the progress of the pipeline work. Accompanied by the congressman for Ica Raúl Doroteo Carbajo and representatives of Emapisco SA –one of the 18 service providers that the technical body administers under the Transitory Support Regime (RAT)–, he verified the work carried out on the pipeline joints in Monte Fuerte and Paracas Producers.

“This work is possible thanks to the articulated work between the Ministry of Housing, Otass, Emapisco and local governments. The great goal of optimizing the conditions of the conduction line is to ensure the continuity of the provision of drinking water service for Pisco in the event of any natural emergency that may arise. Likewise, users also have a great responsibility to practice responsible use of drinking water. We are also focused on that awareness and sensitization, “said the executive director of Otass.

The conduction line that is being intervened crosses rural areas and carries the water resource to the large reservoirs, from which, finally, the drinking water that reaches the pipes of the Pisqueños homes comes out. The work, which seeks to eliminate the possibility of service cuts and increase the pressure of drinking water in the province, began in November last year and should be completed in the second week of next October.

Within the framework of the alternative project “Public water standpipes for human consumption”, the executive director of Otass also addressed the popular urbanization of social interest (UPIS) San Benito Las Vegas, in the district of Grocio Prado, in the province of Ica Chincha, where he attended the start-up of two pools installed by EPS Semapach SA in coordination with the technical body and the Ministry of Housing.

The pools, whose locations were defined with the support of social leaders and the organized population, will supply drinking water for hours to half a thousand residents of the town. They also represent a provisional intervention until the execution of a public investment project that allows for a definitive solution to the lack of drinking water in that area of ​​Chincha. 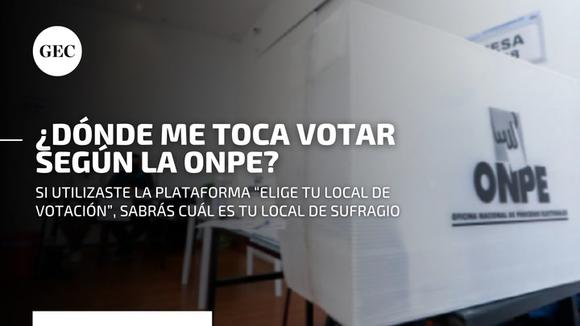 If you don’t know where you have to vote in the 2022 Municipal Elections, then pay attention to this video.

The Ministry of Health reported 5,517 new cases of Covid-19

Goodbye to Bienestarina?: Petro asks the ICBF not to buy it anymore

Tribute to the three normalistas murdered at night in Iguala

Ramírez Lezcano urges a day of peace in elections in Brazil