In recent days, they have been demanding the advancement of elections and, consequently, also the reduction of the presidential and congressional mandate. At the moment of truth, however, the benches related to the ousted Pedro Castillo boycotted the approval of the constitutional reform initiative that proposed bringing forward the general elections to December 2023, arguing that this should be accompanied by a referendum on the call for a constituent Assembly.

According to the formula proposed by the president of the Constitution CommissionHernando Guerra García, President Dina Boluarte would have concluded her term on April 30, 2024 and the Andean congressmen and parliamentarians on April 28 of the same year.

However, a unique coincidence between the votes of leftist groups and blocks such as Avanza País, AP, Renovación Popular, etc. –although in this case it was because they considered that the election would have to be held in April 2024 to approve the political reforms earlier– prevented the approval of the text. Only 49 legislators voted in favor, 33 against and 25 abstained.

As it is a constitutional reform, it required to be approved with no less than 66 votes and ratified by referendum, which could be omitted if no less than 87 votes were obtained in two successive ordinary legislatures. None of that happened, so the congressman Eduardo Salhuana presented a reconsideration that will be submitted to the Plenary for consideration next week.

On the second day of the debate on the advancement of the elections, representatives of the left conditioned their support on the convening of a Constituent Assembly. For the same purpose, without any shame, they politically used the unfortunate death of compatriots in Ayacucho to, with posters in hand and white roses, and shouting out loud, demand the total change of the 1993 Constitution as if that were the solution to the political crisis that the country is going through. They also demanded the resignation of President Dina Boluarte.

SIGHT: Who are the congressmen who voted against advancing the general elections to December 2023?

THEY DON’T WANT TO LEAVE

Speaking to Peru21.TVthe legislator Carlos Anderson He said he was not surprised with the vote confirming the “double speech” from Peru Free “and their satellites that do not want to leave”. Alejandro Rospigliosi, an expert on electoral law, said he hopes the vote will be reconsidered. The opposite, he commented he, “It is to hold on to the position, generate greater social upheaval and enter an abyss”. Walter Albán, meanwhile, indicated that many of those who voted against “would never have the possibility of returning to Congress if there were a new election, but they will not admit it and in every possible way they will try to avoid an election” . 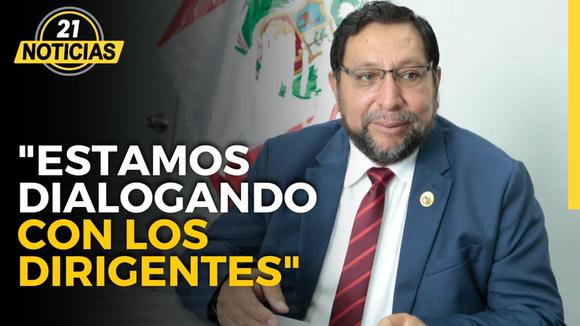 They will reduce the interest rate paid by housing cooperatives

The Executive Branch decided to reduce the value of the

They assassinate a construction unionist in Píritu

The CAF 6000 cars purchased from the Madrid Metro and