Martínez is in charge of the Puente Tarata case, an investigation that points to a criminal network that would be headed by the president and dedicated to directing works from the Ministry of Transport and Communications (MTC). The hypothesis of the Public Ministry is that the businessman Zamir Villaverde contacted those interested in contracting with the MTC, and then the nephews Fray Vásquez and Gian Marco Castillo “conveyed” the interest of the businessmen to the former minister Juan Silva and the president. Castle.

LOOK: Benji Espinoza: “I asked the president if he traveled with his nephew on the presidential plane and he told me no”

Sources of Peru21 reported that the diligence at the base of the fap It was to request documentation, but also to confirm whether Vásquez traveled to Chiclayo on June 23 with a delegation of Castleas revealed by a traveler registry published by the Liber Center, of the Press and Society Institute (IPYS).

In that report, “Lay Vásquez Castillo” was recorded as “nephew” and with a DNI number that does not exist in the Reniec database.

The false data in the official registry is striking, since the ruler does not have any relative named “Lay Vásquez Castillo.”

Given this, the Minister of Justice, Félix Chero, asserted that the fact deserves “clarification” and “explanations of the case.” “It will have to be made transparent,” he told the press.

In addition, the Institutional Control Body (OCI) of the fap accredited a commission to collect information on the presidential flights made in 2022.

LOOK: Gonzalo Alegría rants against his son: “He is choosing to sell himself to the companies that steal from us”

The criminal lawyer Fernando Silva stated that, if it is proven that Vásquez used an aircraft of the fap to flee to Chiclayo, he would be committing the crime of personal concealment.

“It is a very serious crime that can carry a sentence of up to 10 years in prison,” he told Perú21TV.

“What role do nephews play within the State? I could understand it from the first lady, but the nephews? They have nothing to do there, there may be an investigation for embezzlement of use, ”she said.

For her part, Congresswoman Vivian Olivos (FP) revealed that on June 26, three days after “Lay Vásquez” traveled, a delegation led by Castle, in which his relatives were present –including the detainee Yenifer Paredes–, flew to Chiclayo without having an official scheduled activity. “I have asked the Attorney General of the Nation, Patricia Benavides, to start an investigation into these trips”, he told this newspaper.

“It is suspicious that three days before another trip was made to the same city where a person named “Lay Vásquez Castillo” appears as a crew member, who also records a non-existent DNI number. If it is verified that said person would be Fray Vásquez, the obstruction of justice”, he concluded.

LOOK: Elections 2022: President of the JNE urges voters to analyze plans and capacities of candidates

They ask for a report from the Mindef

The president of the Congressional Oversight Commission, Héctor Ventura (Popular Force), asked the Minister of Defense, Daniel Barragán, for information on the number of protocol and unofficial flights carried out by President Pedro Castillo and his family since his government began. .

Through an official letter, Ventura requested the documentation based on the alleged trip that Fray Vásquez made on June 23 to Chiclayo.

His bench partner, Alejandro Aguinaga, considered that the president would have committed a crime if the trip of his fugitive family member was confirmed. “It seems that Castillo does not know or they have not made him see and he does not even imagine the criminal dimension in which he would be involved“, said. 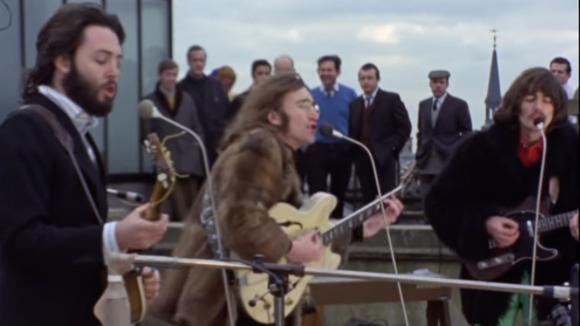 Curiosities of the last concert of The Beatles (Video: El Comercio)

This will pay commission for your Afore next year

The Consar rejected the commission proposal presented by Afore Coppel

For analysts, Peña and Alegre will fight in 2023