Salyn Buzarquis, national senator for the PLRA, proposed during the petitions and formulations chapter of the ordinary session of the Chamber of Senators, a draft declaration that urges the Executive Branch, the Judicial Branch and the Public Ministry to urgently clarify the cowardly attack that ended the life of the municipal mayor of the city of Pedro Juan Caballero José Carlos Acevedo”.

The objective is to clarify the tragic death of José Carlos Acevedo, mayor of Pedro Juan Caballero (PJC), which occurred last Tuesday, May 17. The communal chief was assassinated after an attack by hired assassins when he was leaving the commune.

“If within 15 days we do not have results in the investigation, we urge the interior minister and the commander of the National Police to begin a purge in the police ranks. You have to start cutting heads. The people of Amambay know what is happening. They are all complicated, prosecutors, judges and police. Far from fighting, they are here to bribe”, questioned the legislator.

In the event that the 15 days are completed and there are no results, as well as the dismissal of high-ranking police chiefs, Buzarquis requests an interpellation request against Federico González, Minister of the Interior.

“It’s the least we can do. This is the beginning, it is a challenge to the Paraguayan State. A municipal mayor was assassinated, an attempt was made to assassinate a senator. It’s a message from the mob. Organized crime is permeating all State institutions”, he announced. 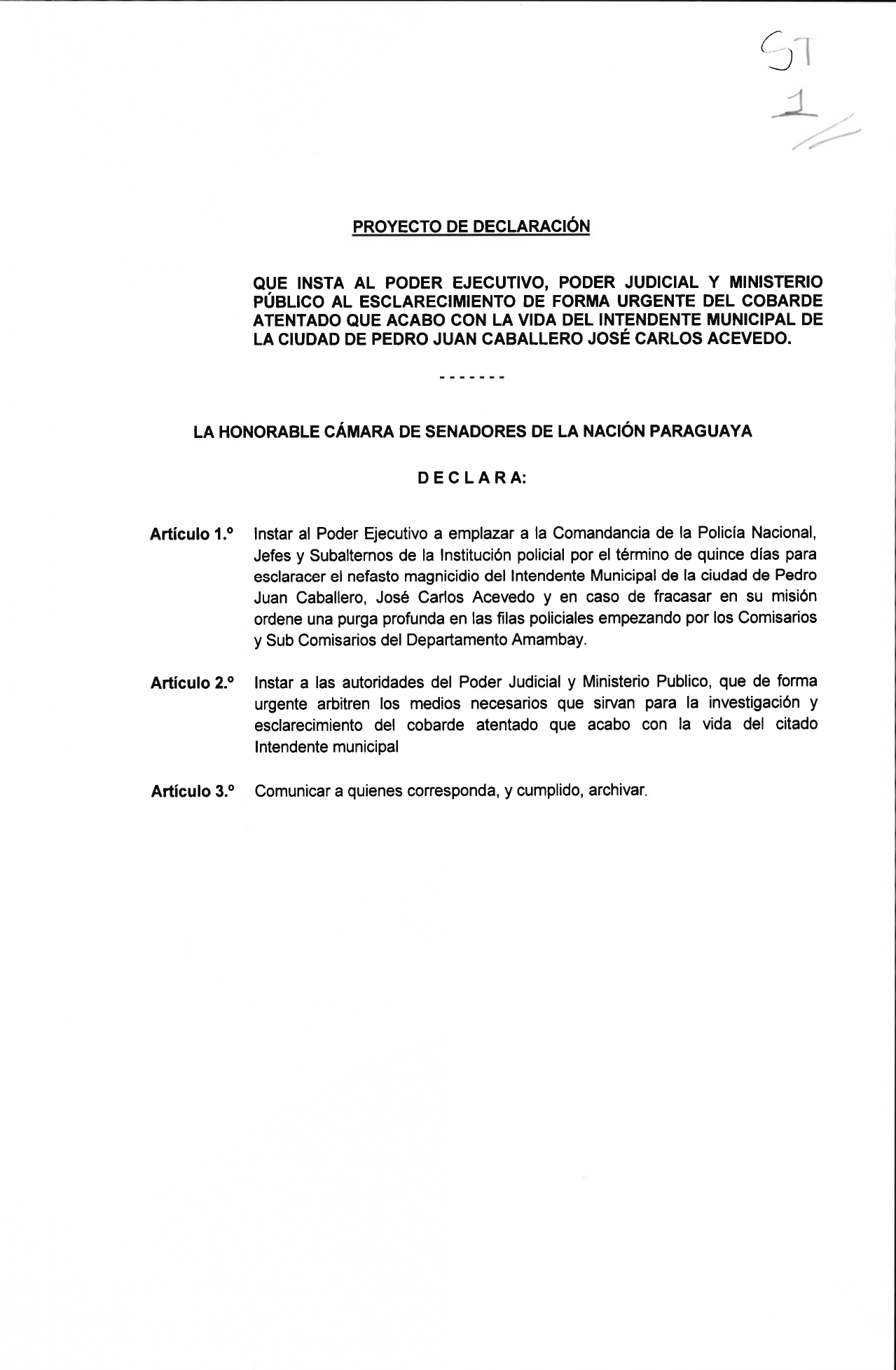 Salyn Buzarquis, national senator for the PLRA, proposed during the

Some 45 children with congenital facial deformities, such as cleft

What they do with cemeteries for Mother’s Day

The cemeteries of the National District are in a position

National wine, quality and for "stock up": the new consumer trends left by the pandemic

National wine, quality and to “stock up”: the new consumption

The discovery was made recently in what was the San Andrés hospital, one of the oldest

A return, a surprise and a casualty: the Albirroja’s summoned list is completed

Coach Guillermo Barros Schelotto summoned eight local players, adding them to those who had already been

Real Madrid and Liverpool meet for the Champions League in Paris, the final will be played

Before September, police reform must be sanctioned

Last Wednesday, May 25, senators from the Patria Querida party, Liberals, Colorados and the “Hagamos” party

Some Twitter shareholders sue Elon Musk for “manipulating the market”

According to documents filed in a California court on Wednesday, the plaintiffs allege the Tesla