The fiscal Marita Barrett, coordinator of the special team that investigates the environment of Pedro Castillo, today filed a criminal complaint for the constant obstacles that are interposed by the Ministry of the Interior against Colonel PNP Harvey Colchado.

In this line, he blamed the then head of the Digimin Whitman Ríos Adrianzen, for authorizing that removal.

Although the Minister of the Interior, Willy Huerta, later announced that the PNP officer remained in office because his change was a decision that was not consulted, for the prosecutor it was one more act of interference.

In his complaint, to which he agreed Peru21indicates that the hostility against Colchado began after former presidential secretary Bruno Pacheco surrendered to justice to testify against the president and after the arrest of sister-in-law Yenifer Paredes.

In addition, the delay in the provision of resources to Divbus by Digimin is recorded, despite the insistent requests of the former head of Divac. This newspaper revealed today that for two weeks, the PNP special team was unable to support the Prosecutor’s Office in various proceedings.

“This fact, once again, avoids and evidences a clear abuse of power because with an unmotivated memorandum without issuing reasons why it changes the head of the Divbus and consequently leaves it without the resources to exercise it (…) facts that would expose behaviors of abuse of authority, usurpation of functions”, reads the document.

Marita Barreto filed the complaint with the Lima Criminal Prosecutor’s Office, which in the coming days will have to decide whether to initiate an investigation. 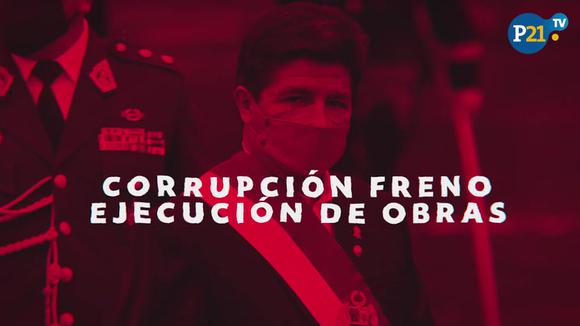 The presidential spokesperson, Gabriela Cerruti announced that the Government advances

Professional with ‘soft’ skills, the perfect formula for educational transformation

The federal government is going to create a program to

November 9 will be a National Holiday for the 2022 Census

Why does DINI have a new director in less than a month?

Roger Arista Perea As of today, the National Intelligence Directorate (DINI) is in command and assumes

Congress intends to strike against the JNE and the ONPE

The new dean of the Illustrious Tacna Bar Association, Edilberto Cabrera Ydme, before being sworn in

The saving It is an essential habit because it allows us to ensure, before a financial