The departure of flights at Viru Viru Airport is normal/Photo: Lourdes Molina.

A viacrucis is what people who seek to travel from Santa Cruz to other departments experience. They have many difficulties to get to the Viru Viru International Airport and the Bimodal terminal is closed. For the third consecutive day, the blockade harms travelers.

People who must board a plane leave, from their homes or hotels, up to six hours before so as not to miss the flight. Provisions are made to find alternative routes and avoid being stranded at some point in the city due to blockades.

But they are not the only ones who have been affected. The trufi drivers denounced that the blockers charge them between 10 and 20 bolivianos to let them pass. On some routes, such as the G-77, some protesters were drunk.

Zenón, a driver, indicated that due to the strike the rate (increased) is not the same as on normal days, since it takes more than two hours to reach its destination. Added to this is the payment of a ‘toll’ charged by the blockers. “It is a lie that they allow the passage of travelers, not even with the ticket in hand do they let them circulate,” he said.

Complaints also come from people who need to get to the city from the air terminal. The passengers denounced the excessive charge by the taxi drivers who depart from Viru Viru, since cThey work a fee between 100 and 150 bolivianos. 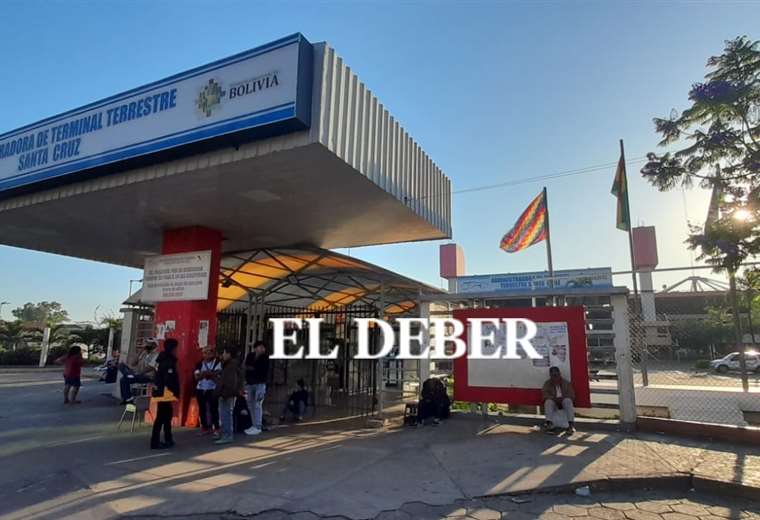 There are several people sleeping on the outskirts of the Bimodal/Photo: Lourdes Molina.

In the Bimodal terminal, passengers who seek to travel by bus take the worst part. They are forced to sleep outside, because the facilities, located in the third ring, are closed due to the strike. Traffic did not authorize the departure of any motorized passenger since Saturday.

Nancy Carranza, a Peruvian citizen, indicated that she is sleeping outside from the terminal for three days. She spends the nights together with her two daughters, sheltered with her own luggage.

“We’re even without food and we can’t go to a hostel because we don’t have enough money. We are just waiting for all this to happen, meanwhile we are going to sleep outside the terminal,” he said.

Like them, there are other travelers who also sleep in the Bimodal. In their entirety, they indicated that they were unaware of the indefinite strike, so they have no other option but to wait for the conflict to be resolved in order to reach their destinations.

To add insult to injury, People who arrive at the bus terminal and have air connections must pay up to 90 bolivianos. The situation is critical when the trip is the other way around, since the Viru Viru taxi drivers transport passengers along the main road, charging 150 bolivianos.

The trip is along the road that connects to the north, but they cannot cross the blockade in the La Chonta area so they leave the passenger in that place, that from then on he must look for some alternative transport to get to his home or some lodging.

I am another who takes advantage of the charm of

“These moments are hard to explain. Sometimes they are very

Former BC President Ilan Goldfajn to Run for IDB Presidency

Accused of “terrorism”, Camacho was taken to La Paz after a violent operation

Due to judicial vacation, the Court of Justice of La Paz suspended the execution of warrants until December 30

"I am proud to have been part of the biggest fight for freedom and democracy."

Check out some of the best goals Pelé scored!