The parents of the presidential couple Pedro Castillo and Lilia Paredes have received in recent months the Yanapay bonus, the economic aid designed by this government for people in situations of poverty and vulnerability.

According to the website of the Ministry of Development and Social Inclusion (Midis), Mr. Ireño Naval Castillo, father of the president, and Mr. Walter Alfonso Paredes, father of the first lady, agreed to the benefit that is equivalent to 350 soles for each delivery.

In addition, in the ‘Yanapay individual economic support query’ portal, when entering the DNI of the aforementioned, it is reported that: “we have verified that you have already collected your Yanapay”.

LOOK: IPYS condemns restrictions on the press for 100 days by Pedro Castillo and Congress

The ID numbers of the parents of the presidential couple appear in the affidavit of interests that both presented to the Comptroller General of the Republic and that is publicly accessible to all citizens.

At the time, the vice president and head of the Midis, Dina Boluarte, pointed out that “if more people conscientiously recognize that they do not need the individual financial support of 350 soles, they can enter the Yanapay Peru support portal and carry out this return procedure, which is extremely simple and fast”.

This afternoon, the ministry sent a statement confirming that Pedro Castillo’s parents belong to the registry of the Pension 65 program -as revealed by the program Beto a Saber- and “they maintain the condition of users of the program since June 2014 and December 2013, respectively, after verifying that they meet the access and permanence requirements”.

Ministry sources indicated that users of Pension 65, such as the president’s parents, were entitled to receive the Yanapay bonus.

The closest antecedent is that of the former vice president and congresswoman Marisol Espinoza. The grandmother of the then authority received Pension 65. “In my capacity as a public official, I have asked to be removed from the register and also to be informed of the situation and the conditions under which she was enrolled in the aforementioned program,” she said. In January 2013, he also announced that his relatives decided to return the amount received by his paternal grandmother, plus the corresponding interest that amounted to 1,200 soles.

Will the current presidential couple do the same? 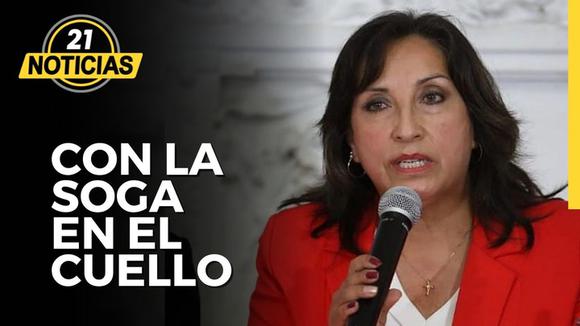 Vice President Dina Boluarte is with the rope around her neck, after she admitted that she doubled down by signing documents for a Private Association as Minister and Vice President. More pearls come out of former minister Juan Silva, now it is known that he hired a chotano that nobody sees in his work. And Minister of Agrarian Development, Javier Arce also did his thing in the Andean Parliament.

Parents of the presidential couple collected the Yanapay bonus, according to the MIDIS website

The parents of the presidential couple Pedro Castillo and Lilia

Woman arrested for theft of safe in apartment

Agents attached to the North Regional Investigation Subdirectorate of the

A recovery day was held at the IEE “Rómulo Gallegos”,

The meeting between Sala and Moyano was held at the

Woman arrested for theft of safe in apartment

In the carmen hospitalA child is operated on daily for acute appendicitis, reported the head of

The Executive promulgated on Wednesday, May 25, the law that authorizes the provision of 100% of