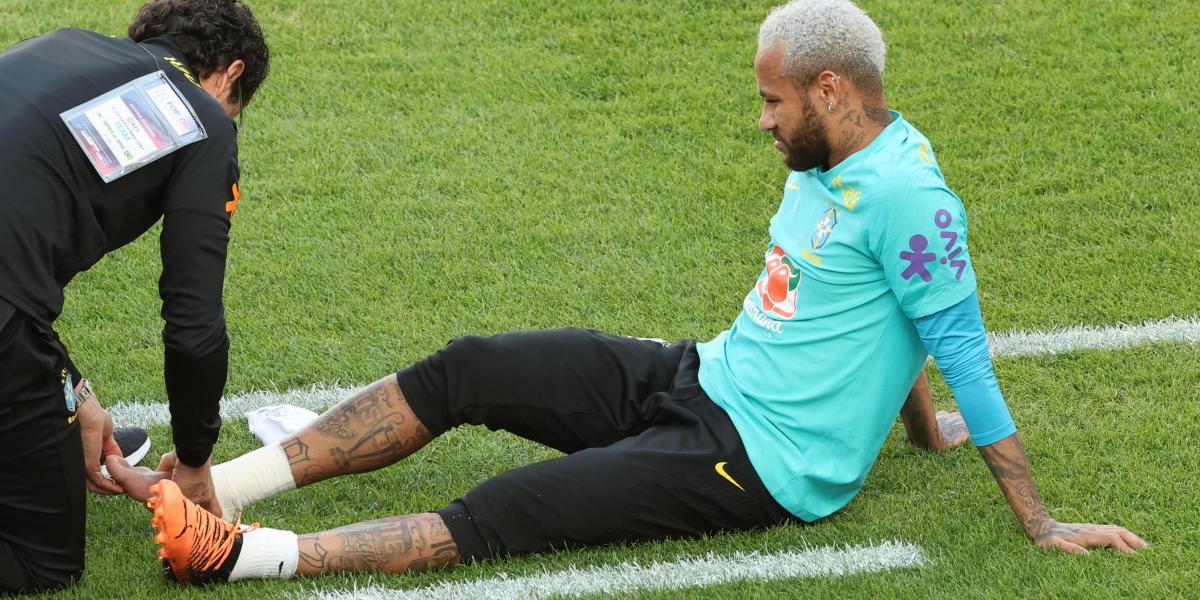 brazilian soccer player Neymar junior He left training with his team on Wednesday before the friendly match scheduled for Thursday against South Korea, after apparently suffering an injury to his right foot, the extent of which is unknown.

La Canarinha today held an open-door preparatory session at the Seoul World Cup Stadium, on the eve of the match they will play against the South Korean team on this same stage. Neymar left the pitch limping and barefoot on his right foot, and did not rejoin the training session prior to the friendly.

During training, the Paris Saint-Germain player collided with one of his teammates, fell to the ground and grabbed his right foot between gestures of pain, before being treated by the team’s medical services.

At the moment the seriousness of the setback suffered by the former FC Barcelona player has not been revealed or if it will prevent him from playing Thursday’s friendly, the first of the Asian tour of Brazil’s preparatory matches that also includes a date in Tokyo, against Japan, next Monday.

Neymar pulls out of Brazil training

brazilian soccer player Neymar junior He left training with his

This year’s edition of the School World Games, also known

Colombian exports registered a rebound of 54.4% in the first

Massimiliano Allegri, coach of Juventus, said on Tuesday that Paulo Dybala “has to be himself again

Scaloni: “The tribute to Maradona will never end”

Lionel Scaloni, coach of the Argentine national team, assured that the tribute prior to the Finalissima

Mancini predicts “a great game” at Wembley between Italy and Argentina

Roberto Mancini, coach of the ‘azzurra’, assured in the preview of tomorrow’s Italy-Argentina match at Wembley

Insigne leaves Napoli but continues with the ‘azzurra’

At 30 years old, Lorenzo Insigne leaves Napoli to land in the MLS at the hands