On Thursday night, with 60 votes in favor and 1 against, the Senate approved the Law of Comprehensive Response to HIV, Viral Hepatitis, Tuberculosis and Sexually Transmitted Infections, which “proposes a comprehensive approach from collective health,” according to the document.

The projectwhich was originally presented by the deputy Carolina Gaillard, from the Frente de Todos (FdT), seeks, among other things, to provide support and information on the subject, since with the Law of Comprehensive Response to HIV The National Observatory on Stigma and Discrimination will be created.

This, since one of the purposes of the Law of Comprehensive Response to HIV is to break down the prejudices and situations of discrimination that are generated around people who suffer from this type of disease.

In addition, it seeks to “make visible, document and eradicate the violations of the rights of the affected people”according to the project, which has the support of more than 200 institutions and civil organizations. 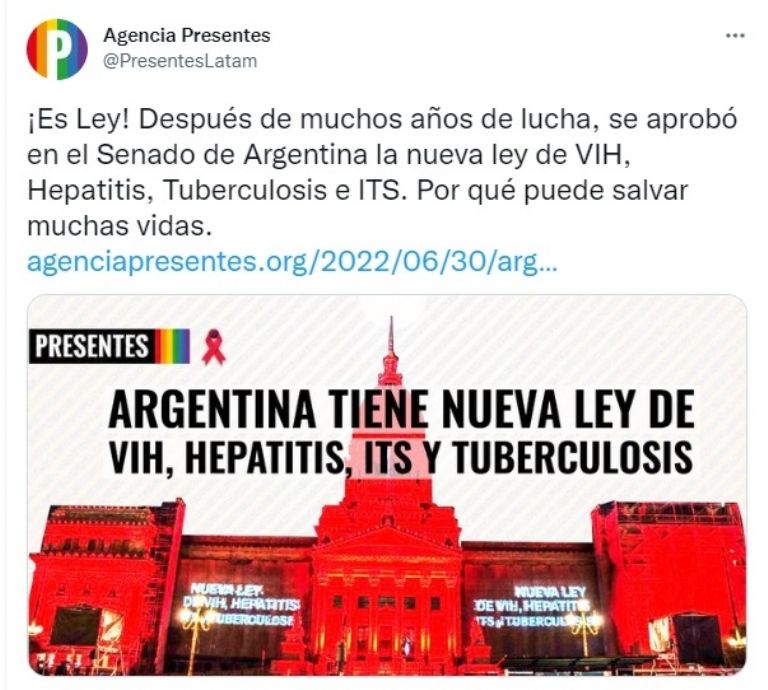 With the creation of the new law, which has been cataloged as historical, the integral regulation of Law No. 23,798, which was approved more than 30 years ago, will be replaced, since the new project “proposes a change of perspective and focuses on the social, aiming to improve the quality of life and prevent avoidable deaths”.

The document also establishes that the tests to detect this type of pathology must be carried out voluntarily, free of charge, universally, privately and with professional accompaniment, for which it in turn prohibits testing for HIV and other STIs as part of the preoccupational exams.

Also, promotes “training, research, dissemination of massive campaigns and the formation of a National Commission for HIV, Viral Hepatitis, other STIs and Tuberculosis”, made up of state agencies, scientific organizations and civil society.

The project focuses on labor rights

The document establishes, among other measures, protecting the rights of each individual with these diseases so that “they are not conditioned to entering a job source or to the promotion of jobs by carrying out diagnostic tests.” 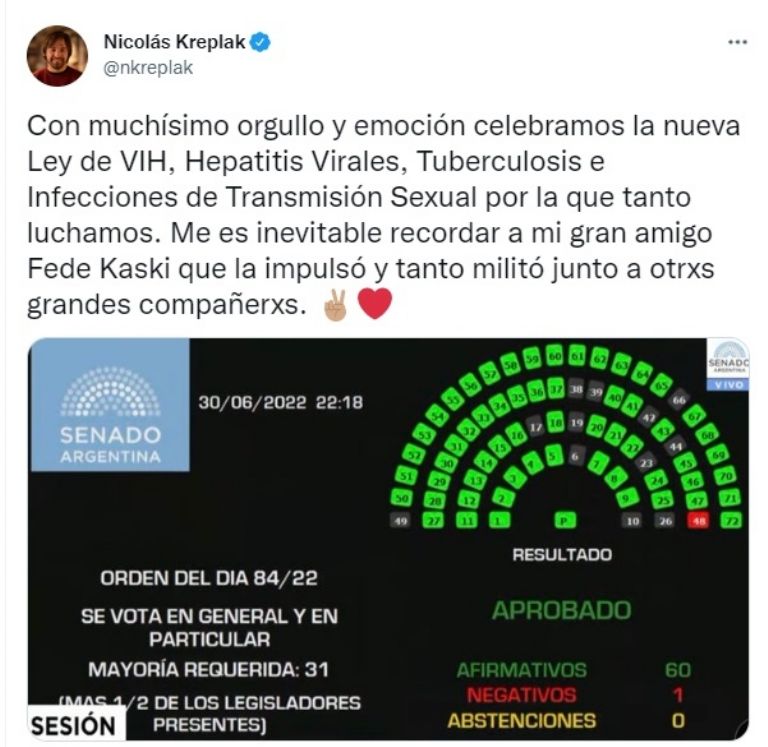 Also “to be beneficiaries of affirmative action policies that promote labor inclusion, both in the public and private spheres, for the population contemplated in this law, guaranteeing the confidentiality of the diagnosis.”

The Facebook page of the Nicaraguan diocese of Matagalpa (north),

The woman would have approximately 40 years of age, robust

Governments of the world commit to redouble efforts to recover oceans

Monotributo: what are the scales that apply from January

As of January 1, all the scales of the monotributewhich is why taxpayers must make the

Photo: Raul Ferrari. The group Hacemos Memoria, which brings together relatives and victims of the Cromañón

The Central exceeded its reserve goal by buying almost US$ 2,000 million in December

The BCRA ended the session this Friday with purchases for US$ 133 million / Photo: Daniel

For Tailhade, the chats between D’Alessandro and Robles are part of the internal JxC

Photo: file. The national deputy for the Frente de Todos (FdT) Rodolfo Tailhade considered that the

The president of the Supreme Court of Justice, Horacio Rosatti / Photo: Sebastián Granata. Governors of