The Joint Command of the Armed Forces informed that it rejects the expressions that violate its principles of “obedience, discipline and non-deliberation”, which are contemplated in the Political Constitution.

The institution’s statement comes after “some social media” spread information “On expressions in which the Armed Forces are mentioned in cases of political deliberation.”

“The Armed Forces are institutions that are owed to the State and are subordinate to the constitutional power. The laws and regulations determine our organization, as well as the preparation, functions and use of the forces, being respectful of the Political Constitution of Peru in accordance with article No. 169″, says the statement.

LOOK: Minor arrested in Florida for threatening to kill 17 students in his class

This writing is released days after an audio was made public in which the president of Congress, María del Carmen Alva, is heard saying that the Armed Forces would be on the side of her institution and not with its supreme chief, the president Peter Castle.

“(Pedro Castillo) does not want to go to Congress, he has no way to defend himself, he is alone and he is…. What he wants is to pretend that the people take us out, just like (Manuel) Merino, do you understand me? Why did Merino resign if he was constitutional?, due to pressure from the calle”, he says in the material.

It should be noted that, in relation to this audio, the owner of the Legislative Board of Directors asserted that said audio was recorded illegally, is out of context and was edited. 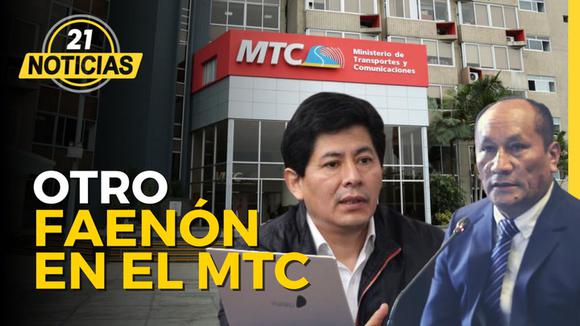 Faenón in the MTC: MTC attorney confirms consortium conciliation request They plotted another FAENÓN in the MTC, Audio reveals that Zamir Villaverde sought former minister Juan Silva to unlock the contract. The attorney for the MTC speaks: “Leaving the resolution of the contract without effect is pardoning the breach of the consortium.” In addition, the new Minister of Agrarian Development, Andrés Alencastre, was sworn in as Minister. And Pedro Castillo runs from the Prosecutor’s Office, a lawyer asked that the investigation be annulled.

In San Lázaro, the initiative to increase vacations advances with changes

In his fourth letter to the Paraguayan people, Monsignor Ricardo

With the fall of the ultra left, which accompanied Pedro

They say Elías Piña is a province forgotten by the Government

Santo Domingo.- Members of the True Future Foundation They assured

Luqueño wants to return as champion

With the fall of the ultra left, which accompanied Pedro Castillo in these disastrous months of

Until the early hours of yesterday morning, the opposition benches had not secured the 87 votes

“Castillo chose to close Congress because the evidence was compelling”

The Christmas It is the best season for businesses to increase their sales. It is estimated