Tobias Vargas and Derlis Alegre gave their impressions of Sportivo Luqueño in the Intermediate Division and both protagonists agreed that the auriazul team wants to be champion and return to the First Division.

Those led by Miguel Ángel Zahzú reached 22 points after achieving a victory against Trinidense in the Bosque de Para Uno, with whom they share third place in the standings, two behind the only leader, San Lorenzo.

The goalkeeper of Sportivo Luqueño, Tobías Vargas, one of the institution’s reinforcements for this season in the category, maintains that the Intermediate is the toughest competition. “It is very difficult, in this division there is a lot of fighting, it even has players who have been playing in the Intermediate for a long time, however, others who arrive have a hard time. The small details must be taken care of, because they make a lot of difference in the sense that the scenarios can be complicated, some teams just want to play on this or that field, it has its different issues that make the Intermediate great.”

“The pressure is taken by him, he did not live his moment in this institution, I am in my fourth season in Luqueño, it is the first time that he touches me in this category, and perhaps that is why it is a little easier for me compared to those who come arriving. The Sportivo fan is very special, they are the ones who really feel what the Republic of Luque is, which is a feeling that they show us in each match, no matter how cold, hot, rainy, the people of Luque are always accompanying us by making us endure. Practically the whole family goes, and that for us is very important, you always have the affection of our people who support us unconditionally for these colors”, said the goalkeeper.

Likewise, in each game of the auriazul, they feel that they have an extra bonus regardless of whether they play at home or away. “In each match they make us feel encouraged, but more so when we play away, because at home we know the potential that our people give us, and that is very important in each match. In addition, I have my family who are my number one fans and I theirs, so I have another pending fee, which is one of my dreams, the title”.

“I see a very mature Tobías Vargas, knowing where he is playing since he is playing every weekend, we can say that he is my best version going back to the beginning, when I was in Libertad. We will continue fighting until this is over, there is a long way to go, we are living it step by step, trying to get the points we want outside, it is the most difficult category, I hope to see Luque in first”. he sentenced.

Another of the protagonists that this team from the city of Luque has, is the extreme Derlis Alegre, he maintains that, “the world of the intermediate is very complicated and competitive, you can reach the top, but you lose a game and you went, because the other teams pass you, they equal you in points and everything falls short”.

“All the teams aim to go up and that is why they have a greater responsibility, that is why they should not loosen up, we want to return to the first division with Sportivo Luqueño. In this category you cannot neglect yourself, we stumbled in a match, we lost against Martín Ledesma, however, the group was able to maintain itself and last Monday we achieved a very important victory” described the player referring to the match they beat Sportivo Trinidense by four goals to two.

Derlis Alegre highlighted the previous physical work he did before the Intermediate championship begins. “I’m very good, thank God, I had a good preseason, since the coach gives each player extra motivation, confidence is important and we show that in every game, whoever comes in to play performs no matter what”.

“My greatest wish is to be champion with Sportivo Luqueño, since I was there I always wanted it, unfortunately we couldn’t, but now it’s our turn, hopefully we can shout champion and put Luque in the First Division, which is the most important thing. It is up to us to obtain the title, I see the team very well, we are very focused, we want to put Luque where he deserves. Everyone plays to the death against us, that’s why what the coach said motivates me a lot, Olimpia, Cerro, Libertad, Guaraní are in the Honor Division, who could be the champions of the category, however, if Luqueño becomes champion of the Intermediate will be crazy”, concluded Alegre. 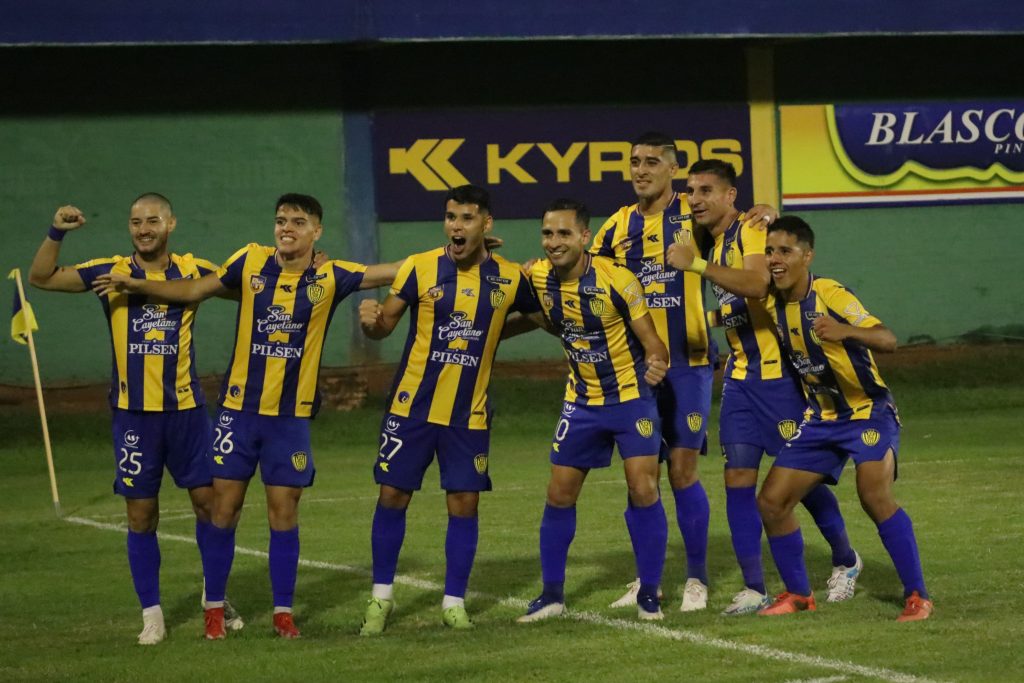 Luqueño wants to return as champion

Tobias Vargas and Derlis Alegre gave their impressions of Sportivo

Joint Command: “We reject expressions that transgress our principles of obedience, discipline and non-deliberation”

The Joint Command of the Armed Forces informed that it

Unknown persons killed a young man with multiple shots this

Abdala: It is hypocrisy to decree essential feeding in schools on strike days

Joint Command: “We reject expressions that transgress our principles of obedience, discipline and non-deliberation”

During the afternoon, the DNCP published that the company Apolo 11 Publicitaría SRL was awarded for

Approach between Kattya and Soledad with a view to 2023

Kattya González and Soledad Núñez met to talk about the upcoming presidential elections. The deputy affirms

“Day of the Paraguayan Fiscal Agent” with the approval of Deputies

The regulations declare May 10 of each year as “Day of the Paraguayan Fiscal Agent”, in