This week users reported that Customs was preventing the entry of smartphones iPhone 14 that are not approved in the country. Recorded cases evidenced equipment retention, which focused on all variants of Apple’s latest line.

In this context, several doubts arise regarding the actions of Customs and what is the purpose of requesting the approval of these electronic devices. Here are all the details:

What is cell phone homologation and what is it for?

Angelita Ruiz, senior associate at Philippi Prietocarrizosa Ferrero DU & Uría, comments that the approval of telecommunications equipment and devices is a procedure through which the Ministry of Transport and Communications (MTC) verifies the compatibility, function and operation of all equipment and / or telecommunications device that connects directly or indirectly with the network, in accordance with international technical standards and regulations, and following the provisions of national regulations.

This with the main purpose of guaranteeing the proper functioning of the network and the safety of the user, as well as avoiding interference to other telecommunications services.

The procedure and requirements for obtaining it are regulated in the Specific Regulation for Homologation of Telecommunications Equipment and Apparatus, approved by Supreme Decree No. 001-2006-MTC.

How to check if my device is approved so that it is not retained?

The specialist points out that the MTC has a link specific to consult the approved equipment.

It should be noted that, when making the corresponding query by model (A2890 and A2894) for the Iphone 14 and Iphone 14Pro equipment (https://www.apple.com/la/iphone-14-pro/specs/), it has been verified that they have been approved yesterday, September 28, as shown below:

“That said, it is already possible to import the iPhone 14 and iPhone 14 Pro models, considering that they are already approved, so Customs should no longer question their entry into the country,” Angelita Ruiz maintains.

Was the retention of cell phones legal for this reason?

In accordance with numeral 2 of article 88 of the Telecommunications Law the import, manufacture, distribution and sale of equipment, terminals or devices (such as cellular equipment) that do not have approval certificates, constitutes a serious offense subject to a fine of between 10 and 30 UIT, says the expert.

At the level of the General Customs Law, it has been identified that, in accordance with numeral b) of article 165 of said law, said entity, in exercise of customs authority, may order the execution of control actions, before and during the dispatch of the merchandise, after its release or before its departure from the customs territory, such as, among others, ordering the preventive measures of immobilization and seizure of merchandise.

That said, that would be the justification adopted, due to the lack of homologation of the equipment, for which Customs had the power to carry out the corresponding retention of the iPhone 14. 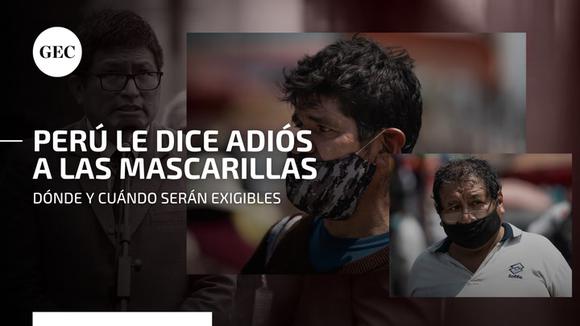 It is official, the Ministry of Health announced the end of the mandatory use of masks, except in hospitals, on public transport and for people who present symptoms of COVID-19 infection. Where and when will they be payable? Know all the details.

Governor of Ceará will be MEC’s ​​new executive secretary

Chosen to take over the Ministry of Education from January

Wall Street closed, this Tuesday, December 27, with the nasdaq

Immigration considers not deporting Cubans who have applied for asylum

The US immigration services (ICE) have begun sending letters to

Cofepris warns about counterfeiting of Buscapina and six other drugs

Hailstorm, rains and winds affect the municipality of Santiago

TSJE: They find videos of the place where the fire started