congressman Ilyich Lopezof Popular Action, questioned the constitutional complaint filed by Patricia Chirinos against him and other legislators involved in the case ‘The children’ because, as he explained, there is no additional evidence to the testimony of Karelim López.

“Congresswoman Chirinos, no longer having the cameras he had in the second or third vice presidency, he does this type of action to attract attention in things that are under investigation and that there is not even any kind of indication “said this Friday to RPP.

Ilich López is one of the six Popular Action congressmen who have been constitutionally accused by Patricia Chirinos, who denounces the legislators mentioned by Karelim López in their effective collaboration for alleged criminal organization, bribery and influence peddling, among other crimes.

“The only thing in that investigation is a line in 20 thousand pages that says my name by Mrs. Karelim who, by the way, is the third time that she is not going to testify to the National Prosecutor’s Office, and they are not going either (Bruno ) Pacheco or (Zamir) Villaverde on this case”demanded the congressman.

López stated that if the prosecution wants to clarify the facts, investigations must be carried out because this is a case that has damaged its image and the image of Acción Popular.

“They cannot have us by the neck with an investigation that is not progressing, not demanding that Karelim, who is a collaborator, testify. It is the third time (that she does not come). Mr. Pacheco does not provide statements either and they have us under investigation “he asserted. 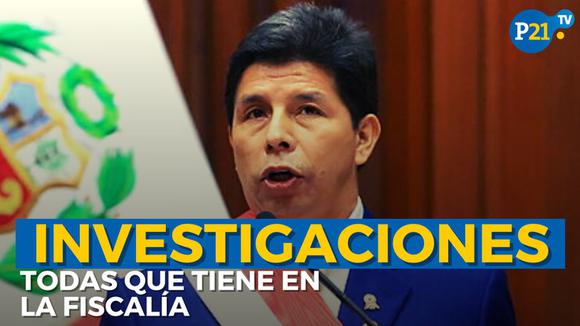 They created the first illustrated medical dictionary for children

The dictionary has 330 concepts explained for boys and girls.

What sporting events will we see in 2023?

Write down the most important dates that are coming up

Political and Catholic authorities mourn the death of Benedict XVI

After the Vatican announced the death of pope emeritus Benedict

Vice Minister Librada de Frías clarifies that “yes, work is being done” in the Corridor of the Beaches

In the eighth report presented by the Ombudsman’s Office, it was evidenced that there is not

BVL closes the year with a slight gain of 0.82%

This year will be remembered not only for the change of government, but also for political