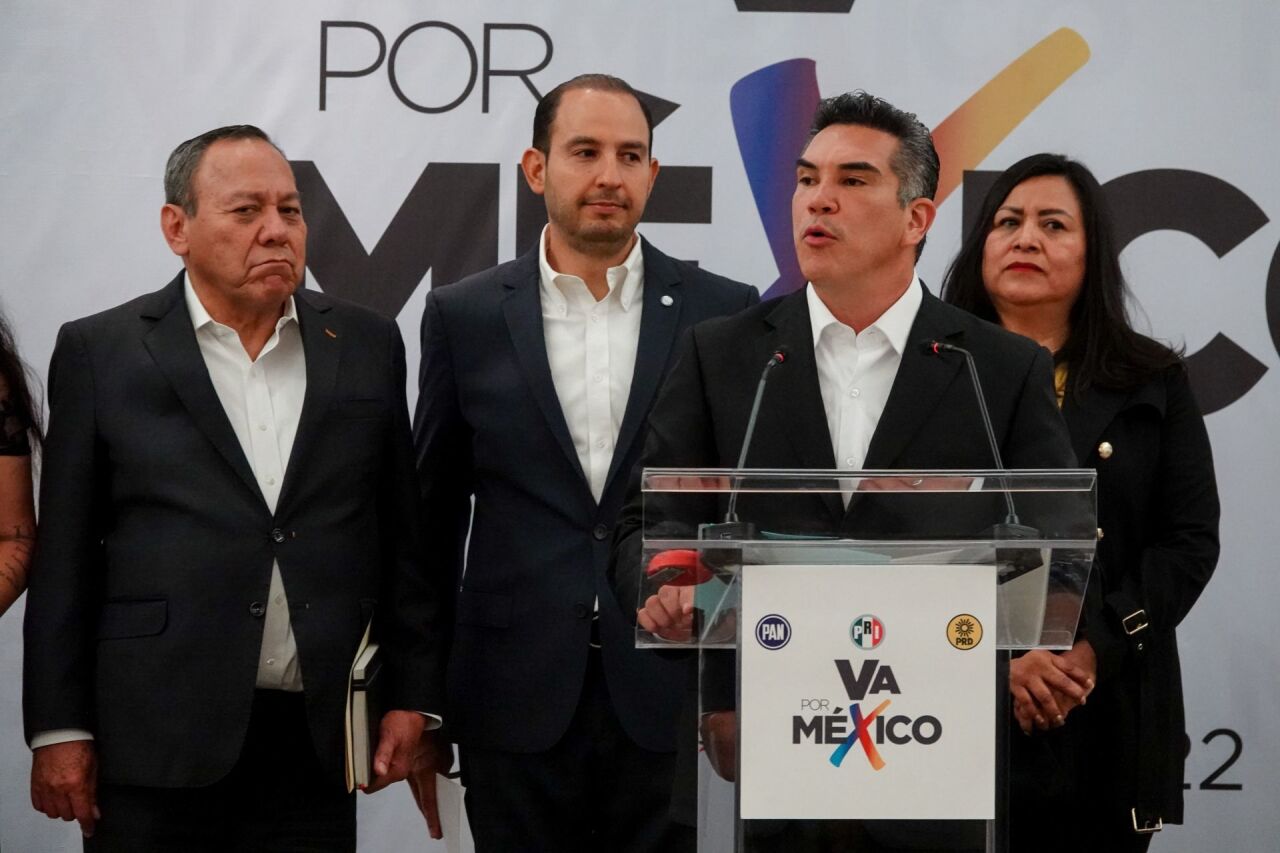 “Given the urgency of preserving the Republic, we present a constitutional moratorium to prevent in Congress reforms promoted by the president, including the electoral one and the National Guard,” he said, calling on society to denounce any federal or local legal violation.

The national leader of the Institutional Revolutionary Party (PRI), Alejandro Moreno Cárdenas, insisted that the closure became evident in the June 5 elections in which “organized crime was present in Tamaulipas” to favor candidates, in addition to the fact that the opposition faced “state elections”, patronage use of social programs and irregularities committed by the government.

In particular, he pointed out the case of the Va por Hidalgo candidate for the state government, Carolina Viggiano, “faced up to 9 attacks from President Andrés Manuel López Obrador in his morning conferences”, for which they will go to court to denounce him.

In reference to the audios that circulated prior to the election with conversations that would show that he participated in the alleged commission of crimes, Moreno Cárdenas assured that the “hate campaign against him is intended to divide the opposition.”

He announced that they will also promote in the chambers of Congress the creation of a commission to investigate the alleged links between the federal government and drug trafficking.

Regarding this, the leader of the Party of the Democratic Revolution (PRD), Jesús Zambrano, affirmed that there is evidence of that relationship, including the complaint made by the former Redista and now Morenoite Porfirio Muñoz Ledo.

To an express question about the poor electoral results on Sunday and the early departure of its leaders, Cortés Mendoza, from the PAN, did not speak out and instead the general secretary, Patricia Patron Laviada, ruled out that possibility.

The PRI leader also refused to leave office and did not want to comment on the position expressed by PRI leaders to leave the leadership not only because of the electoral results of the last election, but because of all the defeats that he has had during his leadership. the PRI.

“Given the urgency of preserving the Republic, we present a

The official propaganda of the Government of Vladimir Putin, in

Dengue gives no respite in the Metropolitan Health Region

Dengue cases have been increasing in recent days, reporting 98

“Concertation is the only way to defeat the ANR in 2023”

Senator José “Pakova” Ledesma assured that national agreement is the

Treasury promises not to regulate the commissions charged by banks

The secretary of the Treasury, Rogelio Ramírez de la O, says that the dispersion of social

The main stock indices of the US market registered sharp falls this Thursday. Prices fell as

The final calculation began in 6 entities

#GuestColumn | The farce of the coalitions

In third place is the Citizen Movement, which until 2018 had been an ally of the

“We are cautiously optimistic, but there are still sensitive issues (pending),” WTO Director-General Ngozi Okonjo-Iweala said