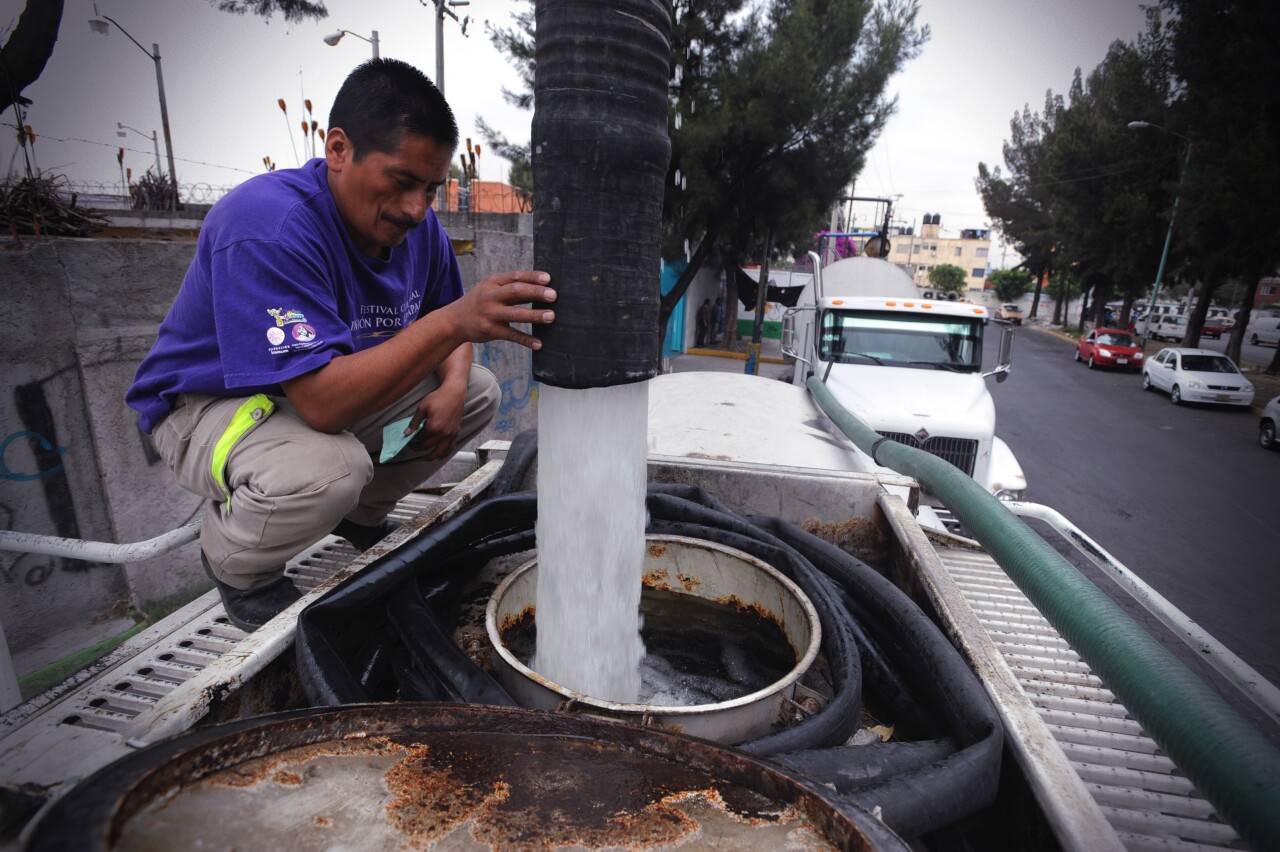 According to the National Water Commission (Conagua) with data as of March 15, 30.4% of the country’s territory suffers from moderate and exceptional drought conditions.

The percentage rises to 68.9% of the country if it is considered that 531 municipalities face drought or are “abnormally dry” regions.

It is this lack of sufficient drinking liquid for the population in various entities, the abuse of bottlers or companies that use more water than allowed in their industrial processes and cases of corruption, which fuels the dispute.

Added to the problem are the lack of investment and modernization of water infrastructure, long periods of absence of rain, collapse of dams, waste of water, contamination of rivers, basins, lakes and lagoons and the natural population growth that generates more demand for liquid.

“Mexico has 3,960 wastewater treatment plants, of which 2,500 are not working properly or stopped operating due to lack of resources from the municipalities to absorb energy costs, due to debts with Conagua and taxes and because they don’t charge large users for water, nor do they charge for wastewater,” says Muño Álvarez, from Morena.

This causes the wastewater to go to the bodies of water (rivers and lagoons) and this means that, he adds, “73% of the hydrological systems have a serious pollution problem.”

What should the law include?

In an interview, Muñoz Álvarez explains that as a result of this diagnosis, which is still being refined, the elements to be included in the new Law will be defined, whose ultimate goal is to guarantee “access to water as an act of social justice” since it is estimated that 12.6 million of Mexicans, especially the poorest, lack the liquid in a timely manner.

For example, establish incentives for industries to have their own treatment plants.

Or, new regulation for the granting of water concession titles, or measures that promote the collection of rainwater and provisions that encourage the installation of these rainwater collection systems in buildings.

According to the National Water Commission (Conagua) with data as

Adriana Ortiz resigned from the Institute of Crafts

“To the artisans and craftswomen, heroes of Paraguay, it was

ComexPeru warned that by applying safeguards to textiles, the importation

Santo Domingo.-The sending by the president Louis Abinader the rest

Adriana Ortiz resigned from the Institute of Crafts

What do I do if I have not received my balance in favor of the SAT?

How long does the SAT take to make the tax return? Normally, a refund must be

The economy of supply (I): the culture of giving

The Economy of Communion, EoC, is an initiative made up of people committed to the promotion

Complicated Thursday for CDMX As planned, this Thursday more than a thousand transporters distributed in roads

Unifin Financiera is a Mexican company that provides financial services to companies through leasing, billing, insurance,