This latest number represents a 27% decrease in debt compared to December 2020, which increased by 41%.

As for delinquent people, the study shows that, as of December 2021, there has been a 40% reduction in people with overdue debts, thus returning to the way it was before the start of the pandemic and whose percentage in relation to the total number of debtors, It went from 10.7% in 2019 to 9.4% in 2021.

“We are currently seeing how the 2021 numbers are leveling out to the data before the pandemic. For example, if we look at the number of delinquent people for 2019, we had a total of 780,000 and for December of last year we had 657,000, in the financial system. This has to do with the process of economic reactivation and the opening of capacity and lifting of restrictions in all sectors,” comments Sergio Soto, Business Development Manager at Equifax.

Debt and defaulters in the NON-Financial System

During 2020 there was a decrease in delinquent debt of 11% compared to 2019 in institutions that are not part of the financial system and which has been maintained until the end of last year. In this way, as of December 2019, the year closed with a total of 22 thousand 855 million soles and by December 2020 there was a delinquent debt of 20 thousand 327 million soles.

“Companies that do not belong to the financial system, such as schools, universities, direct sales companies or any company that provides a service or product on credit, stopped their commercial activity during the pandemic. For this reason, we consider that the delinquent debt was also reduced during 2020″, comments Javier Salinas, director of the Center for Entrepreneurship and Innovation of the Universidad del Pacífico (Emprende UP).

Delinquent debt by type of credit

The Equifax and Emprende UP report indicates that, as of December 2019, 17% of the delinquent debt of the financial system was credit card, in 2020 it was 25% and by 2021 it represents just 7%. This can be seen reflected in the reduction in the placement of cards, going from 5 thousand 738 for 2019 to 4 thousand 618 for December of last year.

“This happens because there is a direct impact of the pandemic on the financial system. As there is less employment, there is a risk of non-payment of debts, and, therefore, the banks took measures such as cleaning portfolios and canceling credit cards”, adds Soto.

However, the report shows that the department of Amazonas ranks first in delinquent debt per inhabitant (S/. 3,119 soles), which means that 29% of the population is indebted. Followed by Cajamarca with a debt of S/. 1583 soles (28% of defaulters in this city)

In September 2020, 42% of the population rescheduled their loans with a total amount of 80 million 496 thousand soles and by December 2021 only 6% of the population chose to reschedule their debts and whose amount amounts to 19 million 16 thousand soles. On the other hand, of the total loans rescheduled for September 2020, 13% fell into arrears and in December 2021 of the total that rescheduled their debts, 34% fell into arrears.

Finally, from Equifax and Emprende UP they consider it necessary to continue with the constant monitoring of delinquency indicators of the different sectors of our economy in order to make informed decisions. 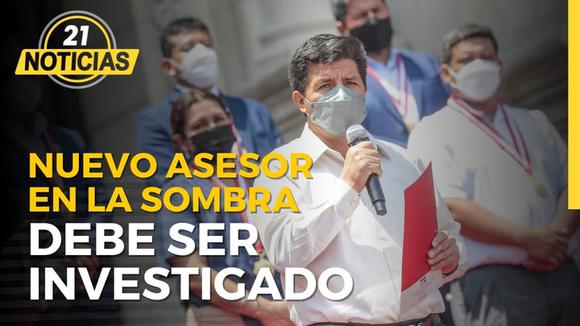 Specialists agree that the Public Ministry and Comptroller must act. In addition, discussion continues due to the ruling of the TC in favor of Alberto Fujimori. Also, Podemos Peru was extinguished in Congress. He stopped being a bench after the resignation of Carlos Anderson. And, postmen in Lviv continue to deliver packages despite the war in Ukraine.

The Minister of the Interior, Alfonso Chávarry, reported that as

Monsignor Rolando Álvarez: “There is hatred that clouds reason”

The bishop of the Diocese of Matagalpa, Monsignor Rolando Álvarez,

This is what Del Libertador Avenue will look like, according

Why it is not good to peel dogs in hot

Strengthen the skills of prison agents

APF: OVS refused to be a candidate and advocates the permanence of Harrison

The Minister of the Interior, Alfonso Chávarry, reported that as a result of the protests by

Updated on 04/03/2022 12:42 pm The Minister of Economy and Finance, Oscar Grahamannounced that the Government