The Cuesta Duarte Institute carried out a study on the labor market in the second quarter of 2022.

The report indicates that the generation of quality employment is one of the main challenges facing the country in the short and medium term.

It details that in 2020 “about 60,000 jobs were lost, which would have been recovered practically in full during 2021, with the improvements achieved in the last quarter of the year.”

It clarifies that, however, “some of the factors behind job creation were transitory and, therefore, the sustainability of the improvements achieved in quantitative terms was one of the challenges to be addressed in the short term.”

The Cuesta Duarte Institute affirms that the quality of employment is also an aspect to consider since “many of the jobs created presented problems in terms of underemployment and insufficient income.”

According to the study, so far in 2022 “a stagnation was initially verified in the improvements achieved in terms of employment during 2021; and as of March, a deterioration was registered, both in employment and unemployment data”.

The labor market showed a “deterioration” in the second quarter of the year in relation to the previous quarter.

The quarterly unemployment rate of 8.1% corresponds to some 145,000 unemployed people.

During the second quarter of the year, the employment rate “also showed a deterioration, which adds to the decrease observed in the first three months of the year in relation to the post-pandemic peak reached towards the end of 2021,” says the Cuesta Duarte Institute.

“The fall of 28,000 jobs in the last six months It also implies employment levels higher than the 1,593,000 reached in the second quarter of 2021, although this data is strongly affected by the pandemic.

At the departmental level, in May the highest employment rates were registered in: Maldonado (63.5%) and Flores (61.5%).

The Institute assures that the quality of employment continues to be a “challenge of the first order”.

Although it registered a decrease in the last two years, “The non-registration of social security affects more than 20% of the total number of employed people (some 340,000 people)while underemployment reaches close to 9% of the total employed”.

In May, in Rivera the percentage of workers not registered with social security “reached 40.4% of the total employed, while in Artigas and Soriano it was slightly below 35%”.

Cerro Largo was the department with the lowest unemployment in May (1.8%). 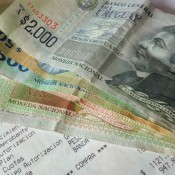 On the other hand, the report states that unemployment insurance played a “predominant role in cushioning the effects of the pandemic on the labor market, starting in mid-March 2020.”

“Subsequently, and as activity was reactivated in different sectors of the economy, the unemployment insurance figures decreased, until reaching records similar to those prior to the pandemic by the end of 2021.”

While in the first half of 2022 the evolution of the number of unemployment insurance beneficiaries was “oscillating”, most of the months being “somewhat above the average for the year 2019, the last comparable period without the effects of the pandemic ”.

The Cuesta Duarte Institute states that it is necessary to implement policies aimed at creation of stable and quality employment.

It indicates that the quality of employment depends on its “sustainability over time” and also on the “rights and protection that the job offers the worker.”

A quality job is “a productive, sustainable job, protected by labor regulations, where the worker obtains all the benefits and social protection benefits that formal work or registered with social security entails, and with sufficient income.”

“It is essential the generation of a public investment program, focusing in particular on those labor-intensive items (for example, care) and/or that have a dynamizing effect on the rest of the economic activity (housing, social infrastructure, public companies)”, proposes the Institute.

Note that it is also essential “prioritize the growth of value-generating sectors that are intensive in quality employment, aspect that should be the guide in the development of short, medium and long-term policies”.

While “the social employment programsor they have proven to be an important element of employment support, and it may be necessary to maintain them in the short term, improving their characteristics in terms of income, hourly coverage and start-up with training and education”.

The Cuesta Duarte Institute carried out a study on the

The ruler Nicolás Maduro said this Friday, August 5, that,

Gabriel Rubinstein was elected as Deputy Minister of Economy

This Friday, Sergio Massa will officially appoint Gabriel Rubinstein as

PL enters with seven representations in the TSE against PT

The Liberal Party (PL) filed seven representations in the Superior

The Vice President of the Republic, Beatriz Argimón, will travel this Saturday morning to Bogotá, the

Argimón concerned about the suspension of 11,000 family allowances and Lema says there is no going back

Minister Martín Lema and the Vice President of the Republic, Beatriz Argimón, faced each other over

On August 2, the Chamber of Senators approved a project for shared ownership or called co-responsibility