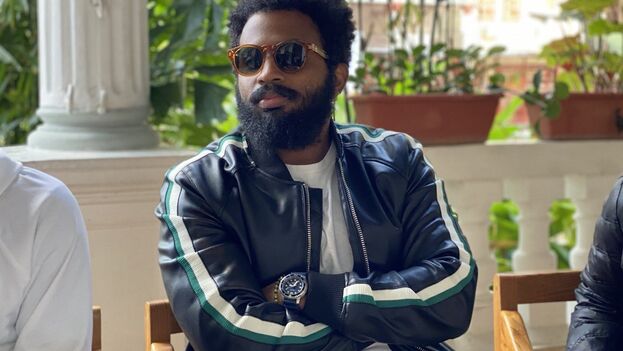 Cuban Abraham Jiménez Enoa, co-founder of the independent magazine The sneeze, is among the last three winners of the International Press Freedom award, which is granted annually by the Committee to Protect Journalists (CPJ). Sharing the award this 2022 with him are the journalist Niyaz Abdullah, from Iraqi Kurdistan; the Ukrainian Sevgil Musaieva, director of Ukrainska Pravda, and the Vietnamese Pham Doan Trang, who has been imprisoned since last December.

About Jiménez Enoa, who has lived in Barcelona, ​​Spain, since 2021, CPJ notes that he is “a prominent voice” within the Cuban media, “providing new perspectives on the challenges for independent journalists” and “informing on topics rarely covered by the state media, including racism in Cuba.

Columnist of leopard Y The Washington Post, He has also collaborated in other international media, such as BBC World, Al-Jazeera and Univisión, and Cubans, such as OnCuba Y The touch.

The Committee recalls that in retaliation for his work as a journalist, Jiménez Enoa has had to face interrogations by State Security and the cut off of his internet access, when he lived in Cuba.

The Committee recalls that in retaliation for his work as a journalist, Jiménez Enoa has had to face interrogations by State Security and the cut off of his internet access

In October 2020, the political police threatened to imprison him if he continued to post on Washington Post and prosecute him for “usurpation of functions”, months after which he took the path of exile.

With its award, CPJ recognizes that the island “remains one of the most challenging environments in the Americas for the press” and that “a new generation of Cuban journalists who just a few years ago saw a ray of hope for their independent projects is facing to the harsh reality of new restrictions and censorship that make practicing journalism in Cuba more dangerous than ever.

As for the other winners, the organization highlights the nine years in prison to which Pham Doan Trang was sentenced, in a summary trial, under article 117 of the Vietnamese Penal Code, which prohibits the dissemination of news “against the state”. In the Asian country, another 23 journalists are in jail, according to the CPJ census, which mentions Vietnam as one of the five countries in the world where more professionals are imprisoned.

from the reporter freelancing Kurdish Niyaz Abdullah, the Committee highlights the coverage of the repression against Kurdish journalists in 2021, which earned her harassment by the authorities of that territory in northern Iraq and forced her into exile in France.

Finally, CPJ commends the work done by Sevgil Musaieva as head of Ukrainska Pravda, especially after Russia’s invasion of their country, after which they even launched an English version of the newspaper, Ukrainian Truth.

Cuban Abraham Jiménez Enoa, co-founder of the independent magazine The

At the door, increase in the Fed and Banxico on vacation

Everyone would like that 9.1% annual inflation in the United

Panama, like the rest of the nations of the world,

The police arrested four men who were engaged in providing

At the door, increase in the Fed and Banxico on vacation

(EFE).- Cuban opposition leader Oswaldo Payá, whose death marks 10 years this month, will have a

Uruguay denies refuge to Cubans because they allege economic reasons

Only three Cubans obtained refugee status in Uruguay during the first six months of this year.

The workers at the Jobabo Urban Farm are beginning to tire. After two months without pay,