The first congressional committee in session this Thursday 18 was the Budget and General Account of the Republic. The new chairman of this parliamentary working group is Jose Luna Galvez, who will be in office during the period 2022-2023. The vice presidency will be in charge of the acciopopulist José Arriola and the secretariat will go hand in hand with the fujimorista Alexander Aguinaga.

Renovación Popular congresswoman Gladys Echaíz will chair the Education Commission for the period 2022-2023, after obtaining the unanimous support of this parliamentary working group.

She will be accompanied in the vice-presidency by Wilson Quispe Mamani of Peru Libre and Juan Carlos Mori Celis of Popular Action as secretary.

Education Commission will vote to elect its Board of Directors

The Education Commission will elect its Board of Directors for the period 2022-2023. The proposed list has Gladys Echaís as president, Wilson Quispe as vice-president and Juan Carlos Mori as secretary.

With the unanimous support of the members of the Production, Micro and Small Enterprises and Cooperatives Commission, the parliamentarian of Somos Perú, Esdras Medina, will chair this working group for the 2022-2023 legislative period.

Victor Flores Ruiz from Fuerza Popular and Juan Burgos Oliveros from Podemos Peru will accompany him in the vice presidency.

Jorge Flores Ancachi will chair the Energy and Mines Commission

Jorge Flores Ancachi will chair the Energy and Mines Commission for the period 2022-2023. The vice-presidency of the commission will be in charge of congressman Diego Bazán (Avanza País) and parliamentarian Alfredo Pariona (Free Peru). The decision was made unanimously. 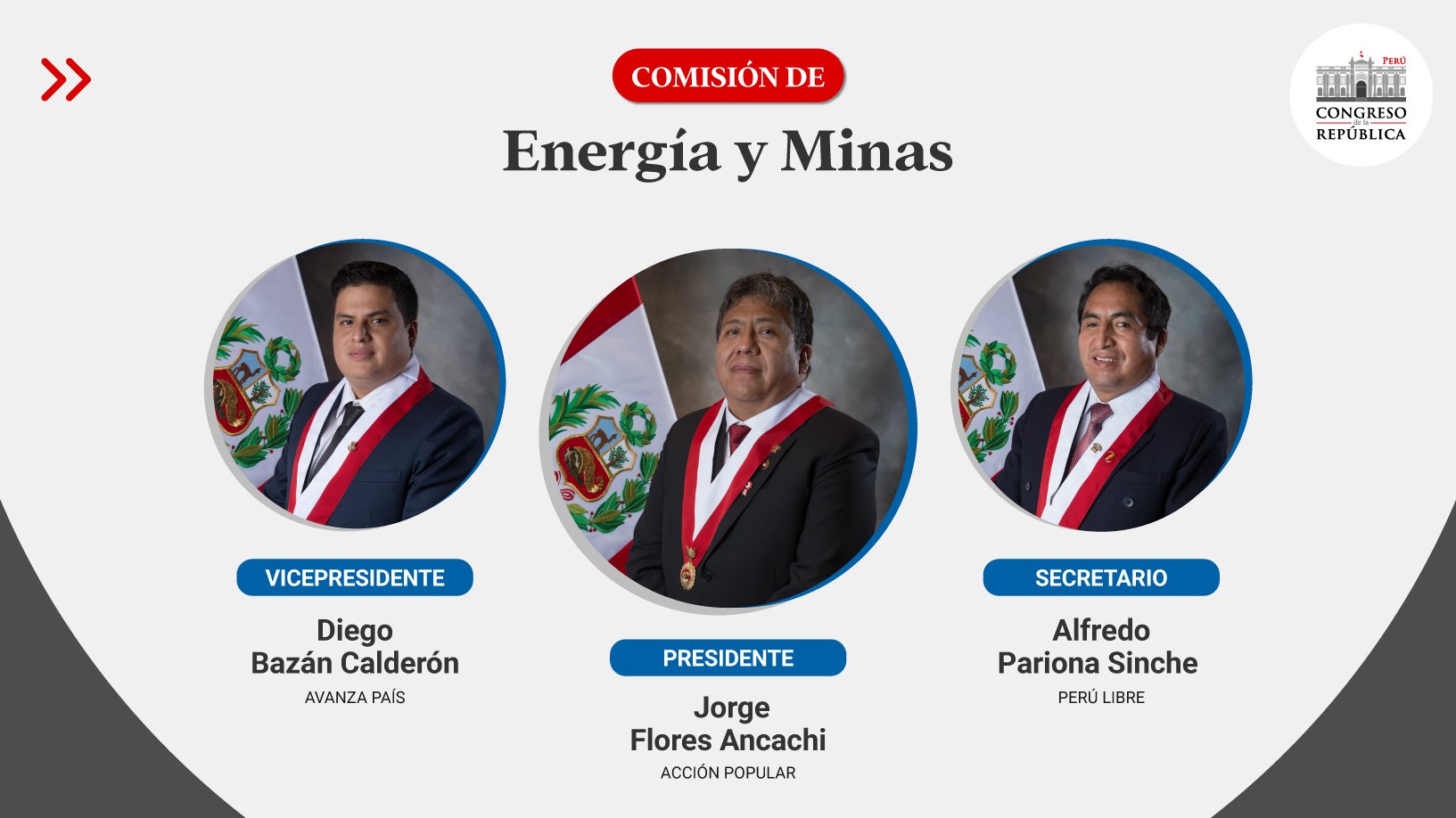 As the only list, Jorge Flores Ancachi has been presented as president, Diego Bazán as vice president and Alfredo Pariona as secretary. 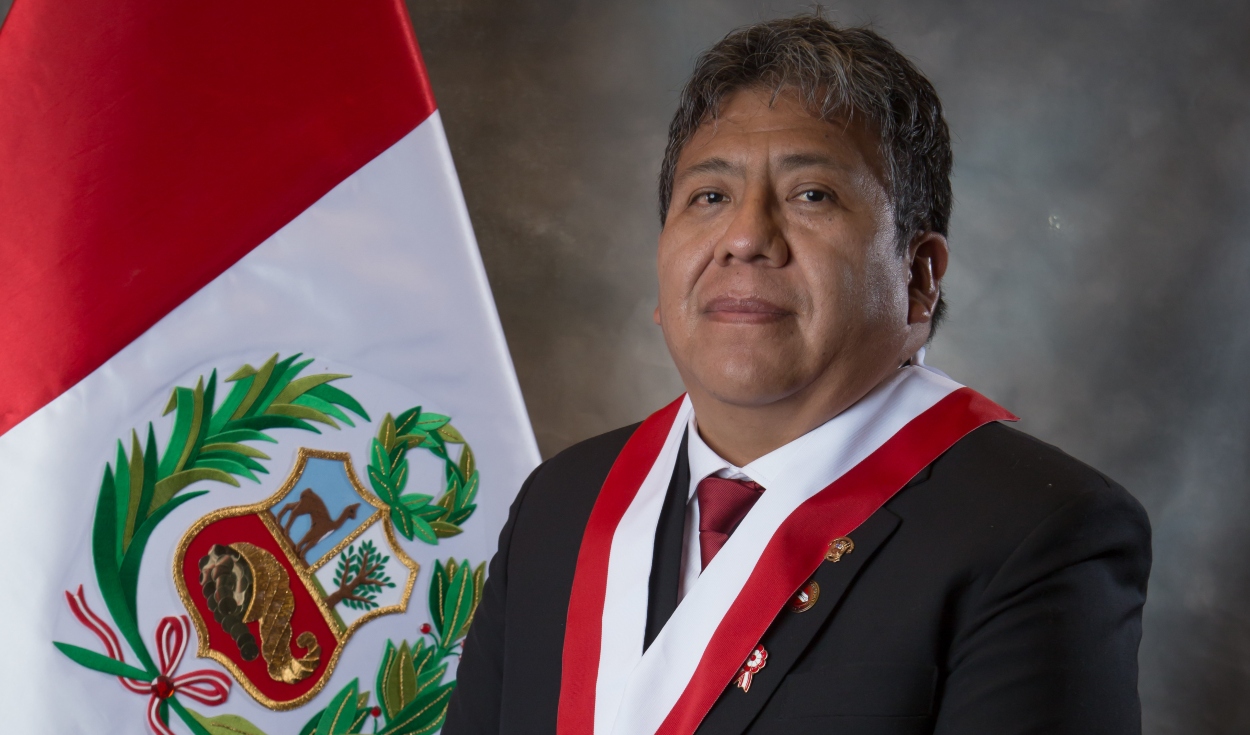 It proceeds to begin with the election of the members of the Board of Directors of the Energy and Mines Commission for the period 2022-2023. The congressman coordinating the election is Enrique Wong Pujada.

José Williams is the president of the Defense Commission

José Williams will remain in the presidency of the Defense Commission. In turn, the Fujimori Tania Ramírez will assume the vice-presidency and Alfredo Azurín the secretary of the parliamentary working group. 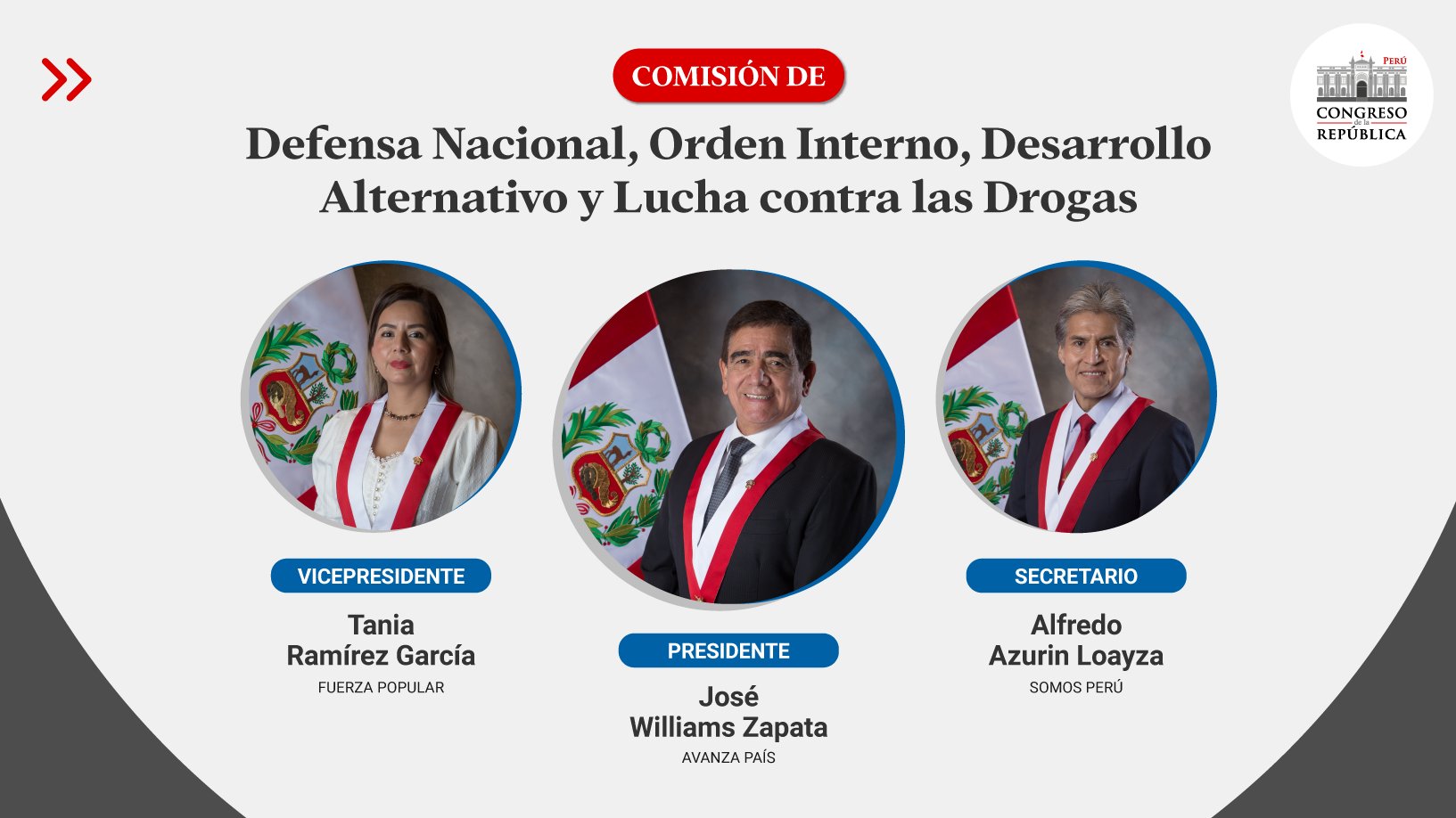 Installation session of the Defense Commission

The installation session of the Defense Commission begins.

María Acuña is the new president of the Housing Commission

María Acuña is the new president of the Housing Commission for the period 2022-2023. For his part, Darwin Espinoza is the new vice president and Gustavo Cordero Jon Tay will be in charge of the secretariat. 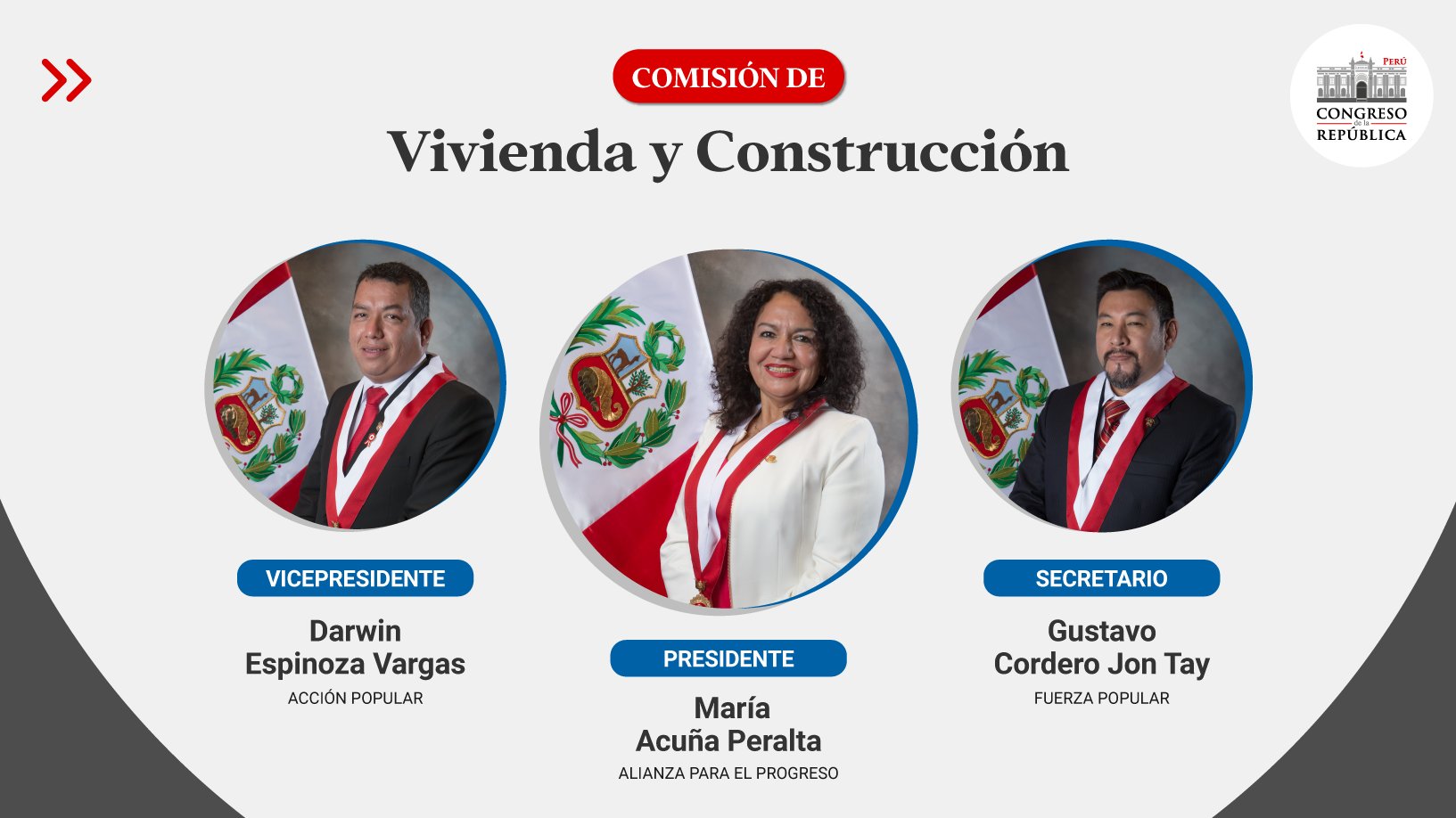 María Acuña is proposed to chair the Housing Commission

The only formula presented for the Board of Directors of the Housing Commission is made up of María Acuña as president, Darwin Espinoza as vice president and Gustavo Cordero Jon Tay as secretary. 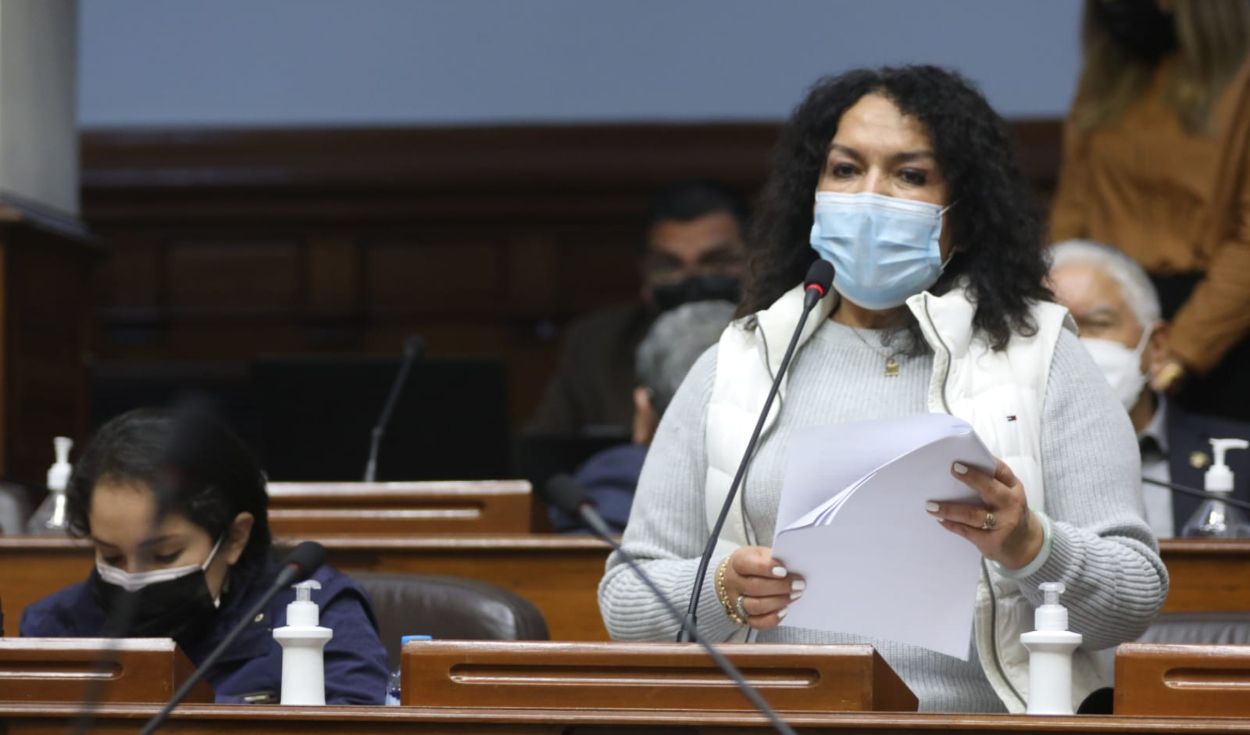 The installation session of the Housing and Construction Commission begins.

Economy Commission: sessions will be on Wednesdays at 9.30 am

The sessions of the Economy Commission will take place every Wednesday at 9.30 am

Ilich López is accused of being a member of ‘Los Niños’

Ilich López has been accused of being one of the Popular Action congressmen who would have supported President Pedro Castillo in exchange for favors in various ministries, known as ‘The Children’. This according to the statements of Karelim López in her attempt to be an effective collaborator. 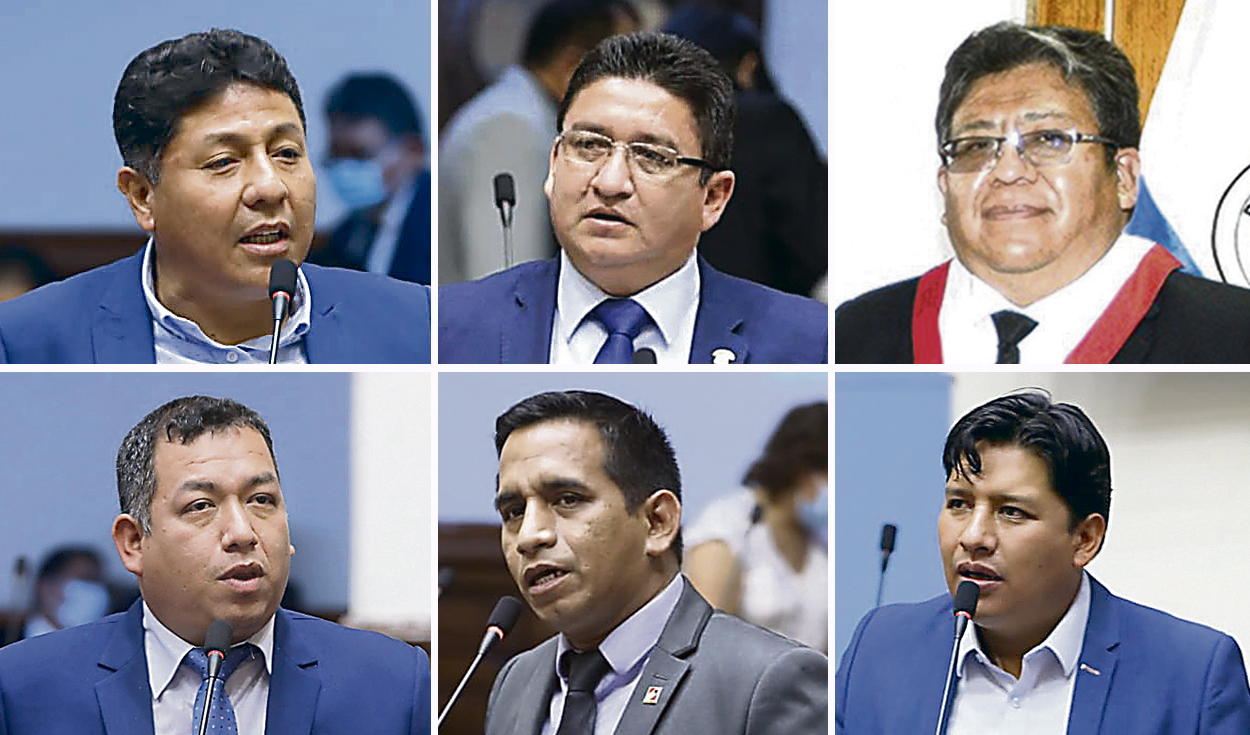 Rosangella Barbarán will chair the Economy Commission for the period 2022-2023. She will be accompanied at the Table by congressmen Guido Bellido as vice president and Ilich López as secretary. 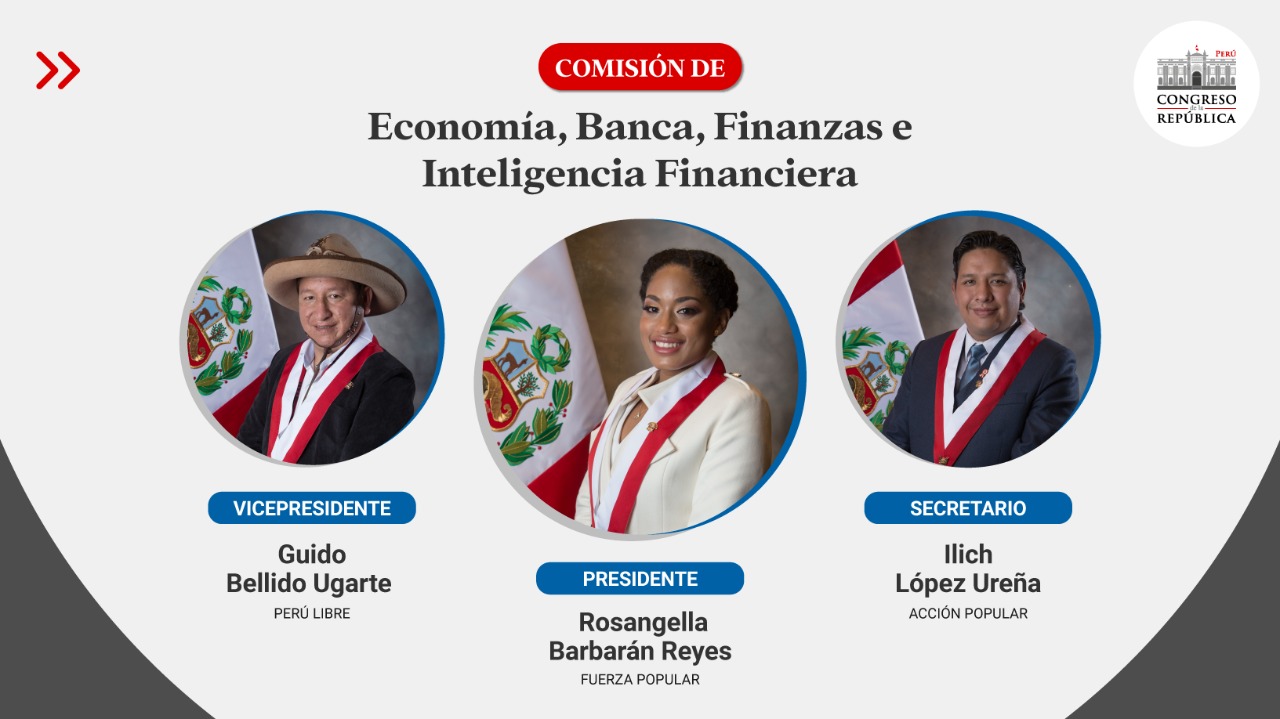 They propose Rosangella Barbarán as president of the Economy Commission. Likewise, Guido Bellido is running as vice president of the parliamentary working group and Ilich López as secretary.

The president of the Budget Commission for this new period will be José Luna Gálvez. The vice-presidency will be in charge of the pro-popularist José Arriola and the secretariat will go hand in hand with the Fujimorist Alejandro Aguinaga. 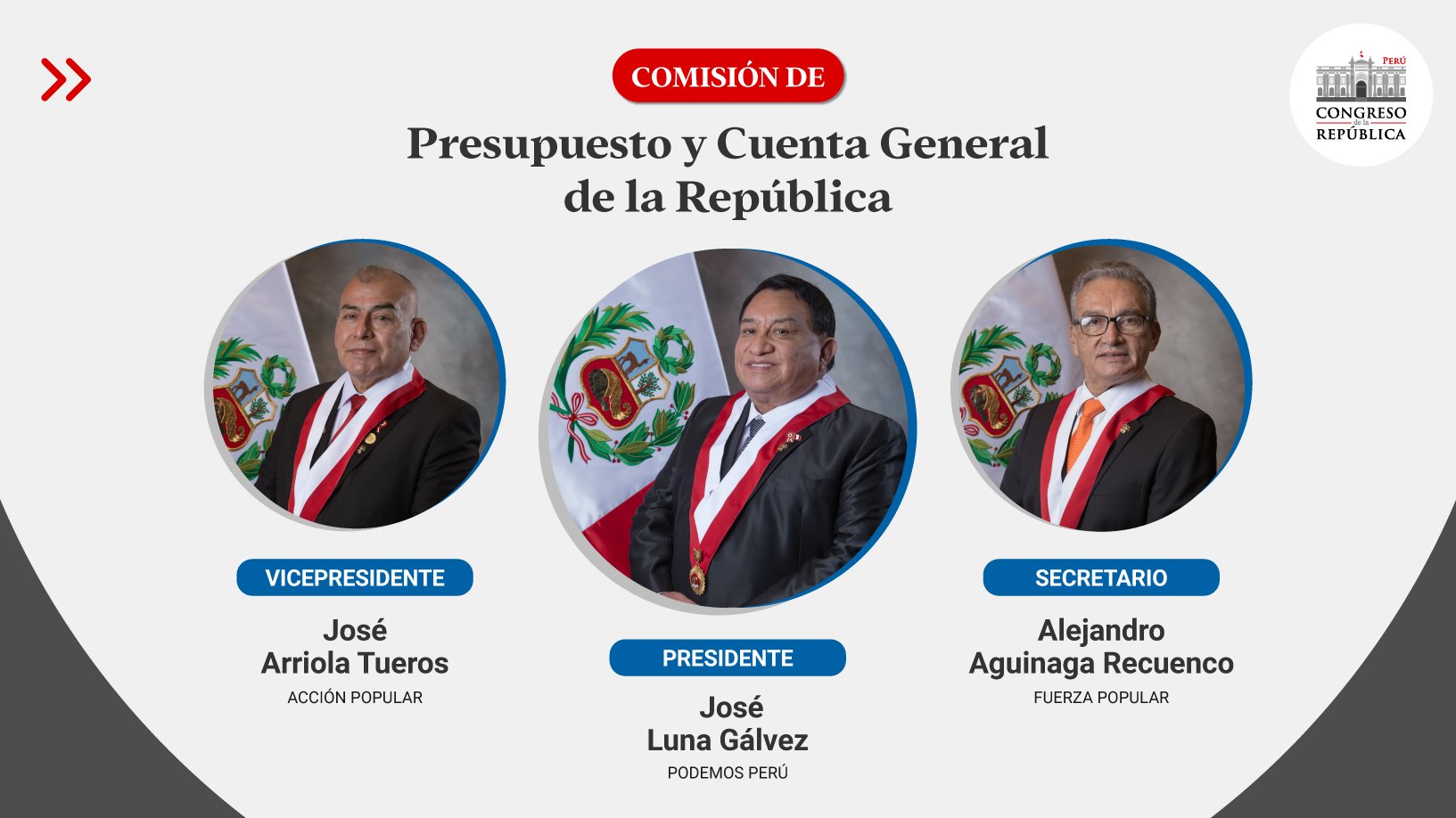 By majority, the legislator Jose Luna Galvez He will be the president of the Budget Committee for the period 2022-2023. It should be noted that some parliamentarians were previously against it due to the investigations against them for the alleged crime of a criminal organization and the Lava Jato case. 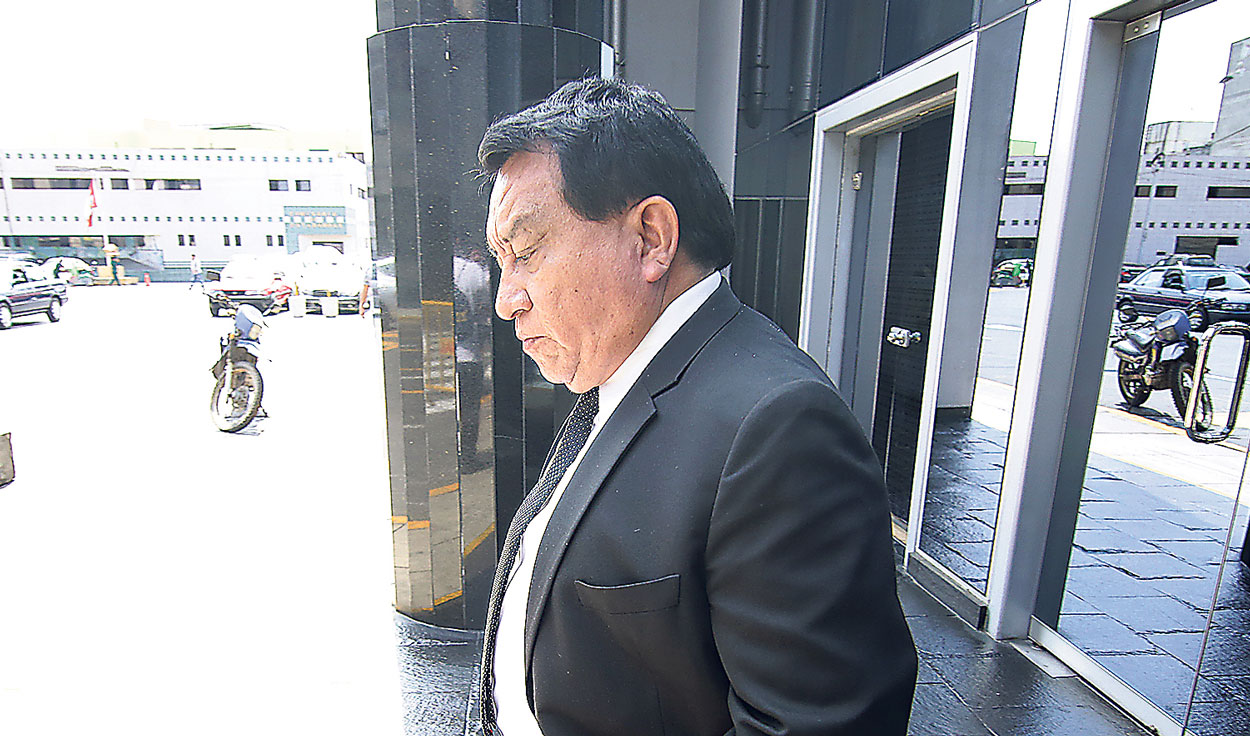 José Luna Gávez is proposed as president of the Budget Commission

As the only formula, José Luna Gálvez is proposed as president of the commission, José Arriola Tueros as vice-president and Alejandro Aguinaga Recuenco as secretary. 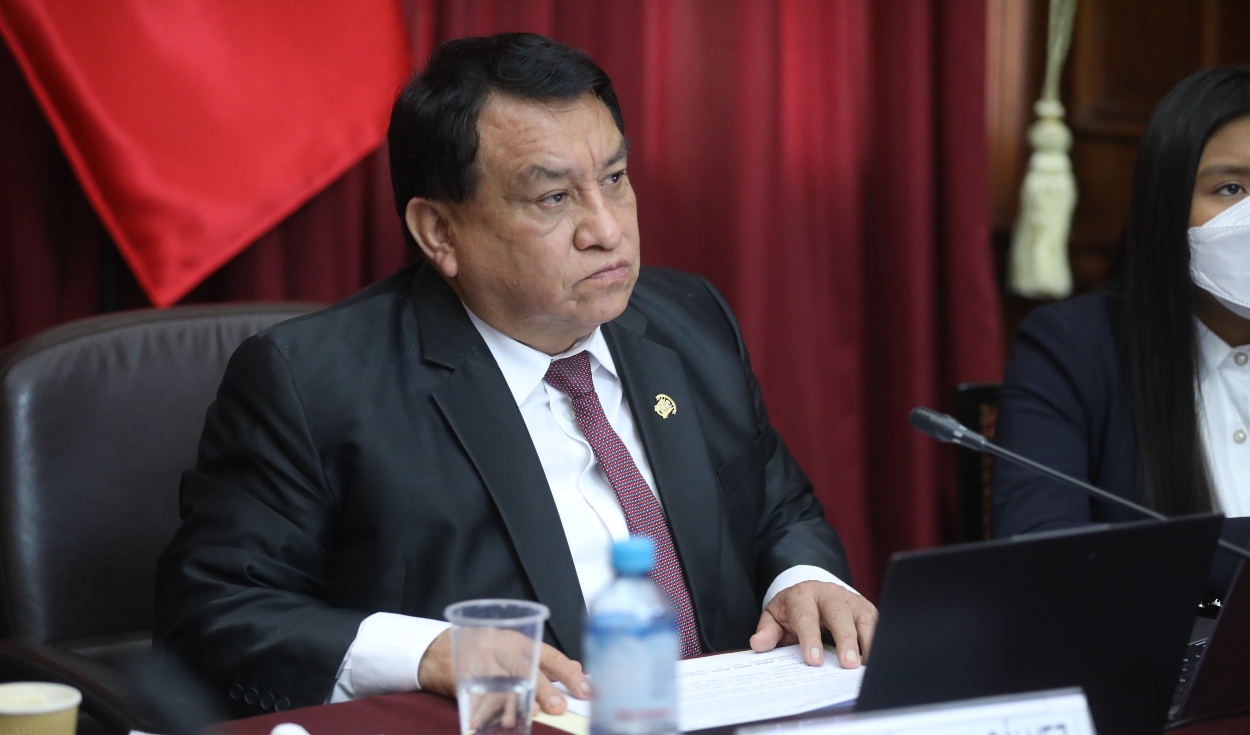 Constitution and Oversight in the hands of Fujimorism

Hernando Guerra García will chair the Constitution Commission. The Popular Force congressman will replace his colleague, Patricia Juárez. On the other hand, Héctor Ventura was elected for the second time as president of the Supervisory Commission.

The installation session in various commissions began last Wednesday. This Thursday the 18th, other commissions will meet to elect the members of their Board of Directors.

Like last Wednesday, this August 18th more commissions of the Congress to determine who will be the members of the Board of Directors. The sessions will be held throughout the day, also taking into account that a plenary session has been convened at 4:00 p.m.

Now it is the turn of the commissions of Budget and General Account of the Republic; Economics, Banking, Finance and Financial Intelligence; Housing and Construction; National Defense, Internal Order, Alternative Development and Fight against Drugs; Energy and Mines; Production, Micro and Small Enterprises and Cooperatives; Education, Youth and Sports; Andean, Amazonian and Afro-Peruvian Peoples, Environment and Ecology; and Social Inclusion and People with Disabilities

August 17 there were five parliamentary commissions that had their installation session. The working groups that voted for the president, vice president and secretary who would represent them during the 2022-2023 period were Constitution and Regulation; Supervision and Comptrollership; Labor and Social Security; Women and Family and Culture and Cultural Heritage.

The two most relevant commissions were won by Fujimori. Hernando Guerra Garcia will chair the Constitution Commission. Congressman from People’s Force He will replace his bench colleague, Patricia Juárez.

Likewise, the fujimorista Hector Ventura was elected for the second time as president of the Supervisory Commission. After the ratification of the charge, he stated that will request the powers of an investigative commission to review cases against the President of the Republic, Pedro Castillo.

“I will present to the commission a motion to request investigative commission powersin order to carry out the corresponding investigations on an alleged family criminal organization that would operate from the Government Palace,” he specified.

Congress LIVE: Gladys Echaíz will chair the Education Commission for the period 2022-2023

The first congressional committee in session this Thursday 18 was

Santo Domingo.- The Mayor of the National District (ADN) and

The legal judge in Administrative Litigation Pablo Ganini condemned this

Sworn supporters of the PSUV in La Vega

This Thursday, the promoters of the United Socialist Party of

Were 1,871 families what, today received their property title in Arequipa, after being formalized by the

Rosengella Barbaran was elected this Thursday, August 18, to chair the Economy Commission of the Congress

The President of the Council of Ministers, Hannibal Torresconfirmed that he will appear before the plenary

Sources from La República confirmed that this Friday, August 19, the Special Team against Corruption of

Huancavelica: Six years in prison for indecent proposal to a girl